To send off April (National Grilled Cheese Month) and to welcome the fifth day of May we made a Tortilla Chips Crusted Beer Cheese Grilled Cheese Sandwich with Jalapenos. Like the name? Just kidding, this is not the reason we made it at all. Simply a convenient timing coincidence. 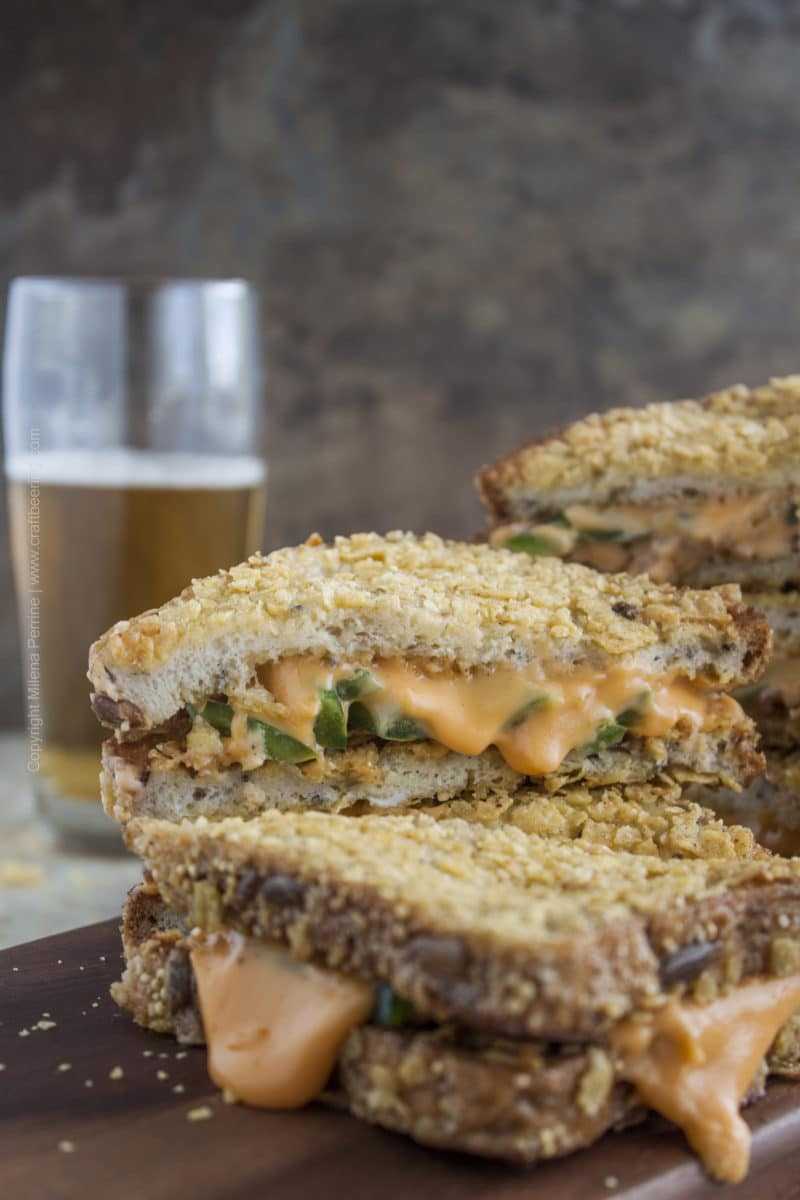 The real reason was a recipe from a book titled Grilled Cheese & Beer: Recipes for the Finer Things in Life. The publisher provided us with a free copy for review purposes. All opinions are our own.

We like craft beer and we like grilled cheese, so naturally we had to take a look at a compilation of sixty five recipes for grilled cheese along with suggested beer pairings for each. The book is co-authored by Kevin Vanblarcum (a brewer at Keagan Ales, Kingston, NY) and James Edward Davis (a chef from Brooklyn, NY).

The first thing that became evident to us while going through the pages was that those two must have had a lot of fun working on the book. As would any grilled cheese fan and/or beer fan who ends up with a copy of it. 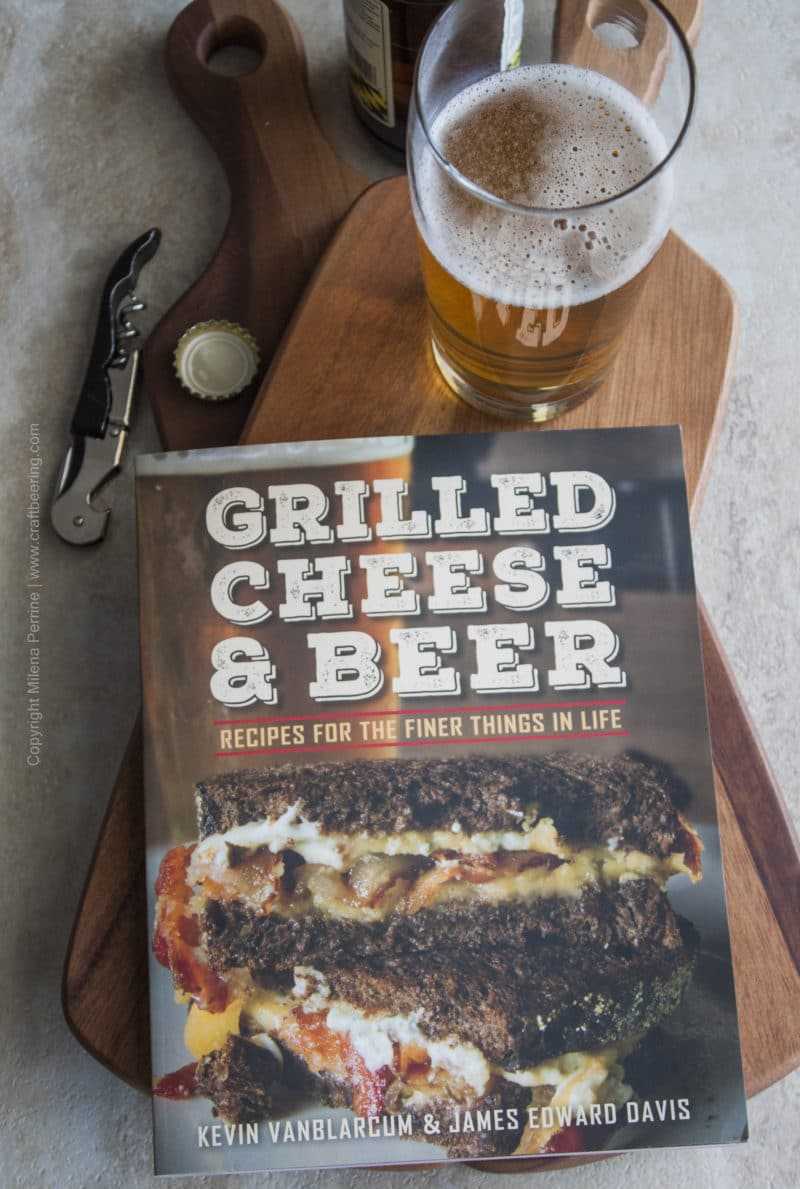 The recipes are arranged in a sequence starting from less complex ones in terms of both ingredients and steps required to prepare, to more involved. For example, in the beginning you will find simple four ingredient recipes such as The Usual Suspects, where American cheese, tomato slices and bacon are sandwiched between the bread slices. As you progress through the book, you will come across recipes like The Super Italian Stalion – a veritable antipasti platter in grilled cheese disguise and The Big Breakfast in Little Sandwich where you will start by cooking up sausage links and frying up eggs.

Overall a good variety of easily accessible ingredients are being utilized and the recommended beer pairings increase the anticipation of the final results. 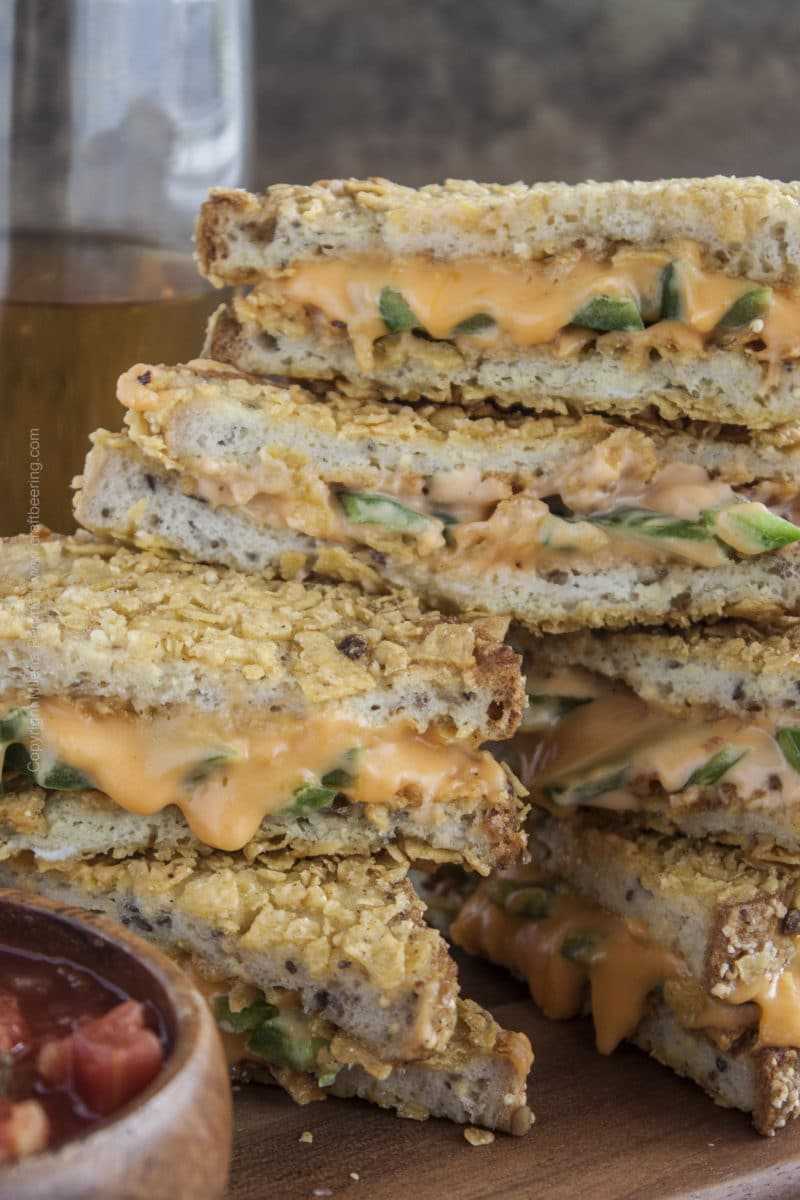 We picked a recipe that actually included beer as one of the ingredients (by way of making beer cheese grilled cheese) and had as its recommended pairing Sierra Nevada Torpedo Extra IPA (which we happened to have after the post on English vs American IPAs). Enter the Nacho Liberte.

It is a fun recipe, the bread slices are dipped in egg wash and then coated with crushed tortilla chips. Once they are browned on one side, they are flipped over and the beer cheese sauce is smothered onto the finished side, then slices of jalapenos are added. Once the other side of each bread slice is finished cooking, two slices are joined together.

Even though we appreciated having the crunch of the fresh jalapenos, with all that bread, tortilla chips crust and rich cheese sauce we felt it necessary to add some salsa as a dip, just to brighten things up.

We also modified the original recipe slightly while preparing it. Instead of the white bread called for we used whole grain bread with sunflower seeds. Instead of Corona, we used Modelo Negro (an amazing flavor boost) for the cheese dip and added extra cheddar to thicken it more. Finally, we kept making beer cheese grilled cheese sandwiches, ahem Nacho Libertes, until we ran out of egg wash:) We ended up using eight slices of bread! Pretty sure our eight bread slices were smaller than their two… 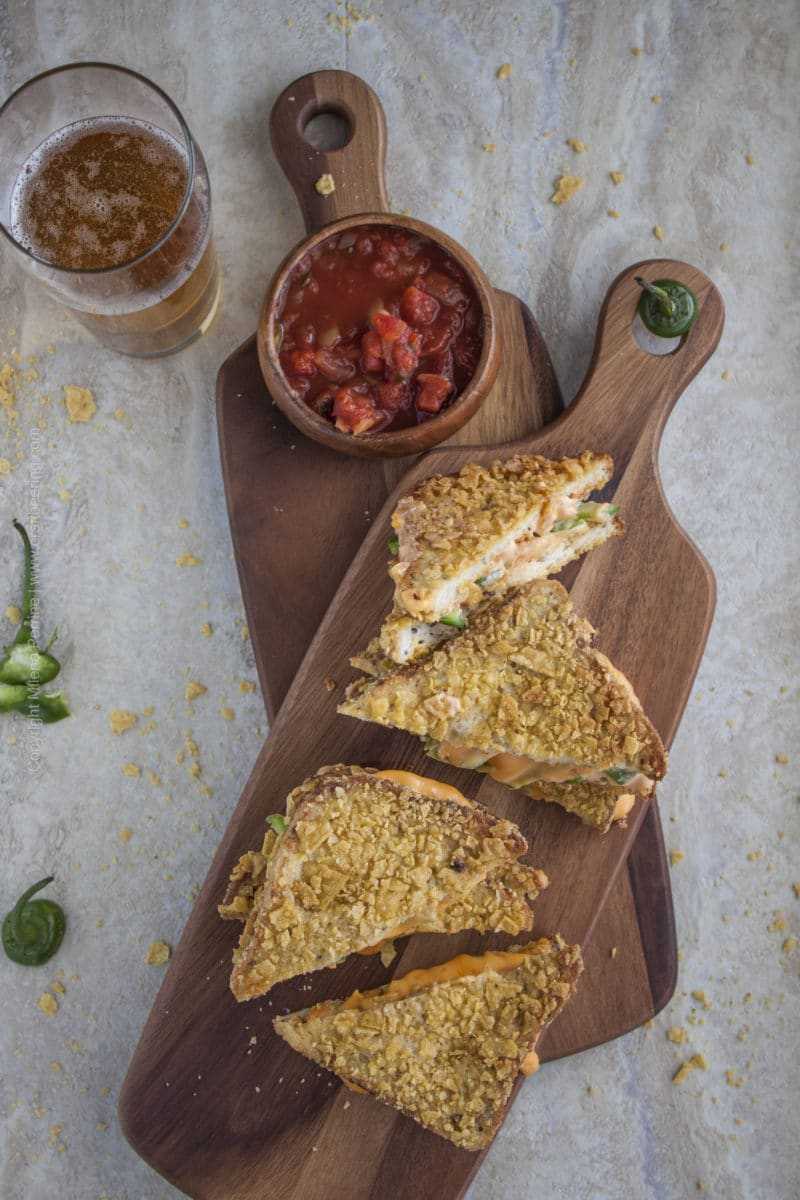 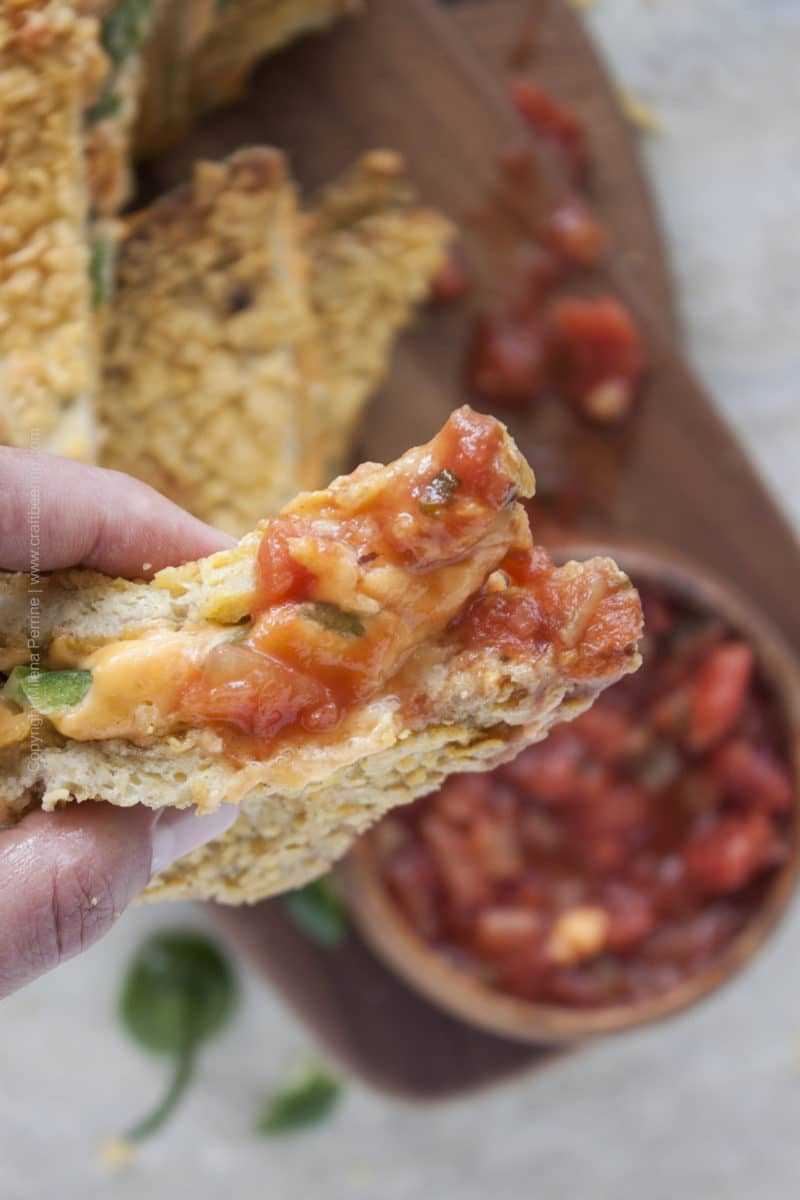 Next up I think we will recreate the Out for Asparagus, which caught my eye because it includes not only fresh asparagus, but eggplant (I looove eggplant), artichoke hearts and roasted red pepper. With goat cheese, another favorite. To be paired with a wheat beer. 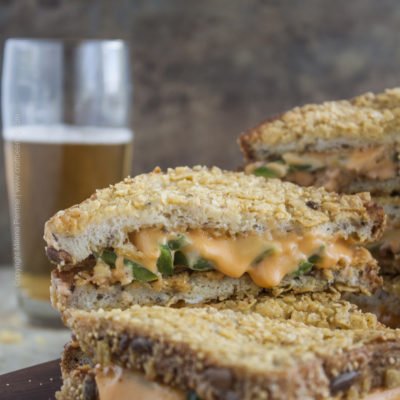