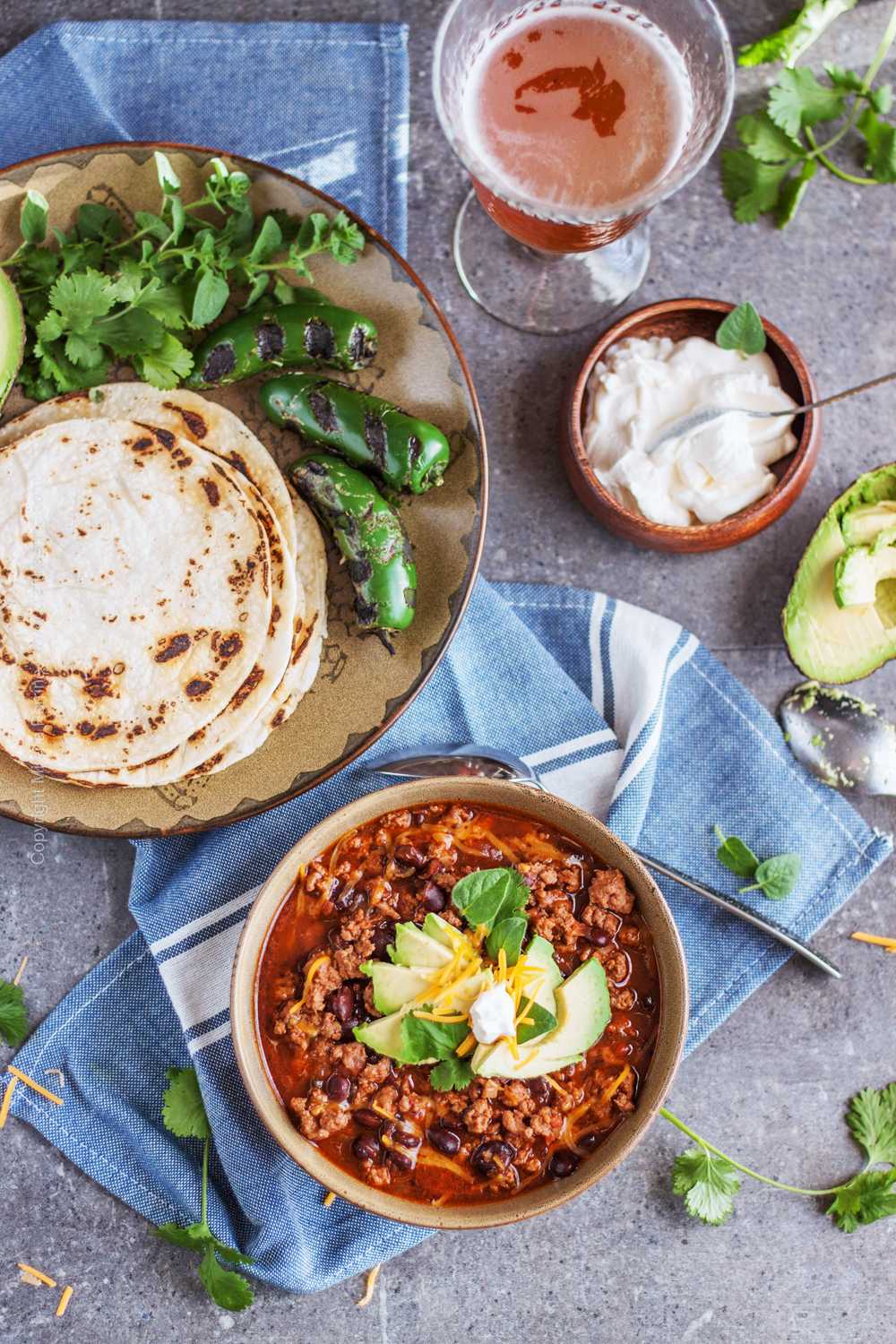 Apparently there is such a thing as an official Saison Day here in the US and it is coming up! Saison is one of our favorite Belgian ale styles – we frequently have Saison days:) and a few weeks ago we made a delicious beer turkey chili for apres ski in which we gave it the star role. 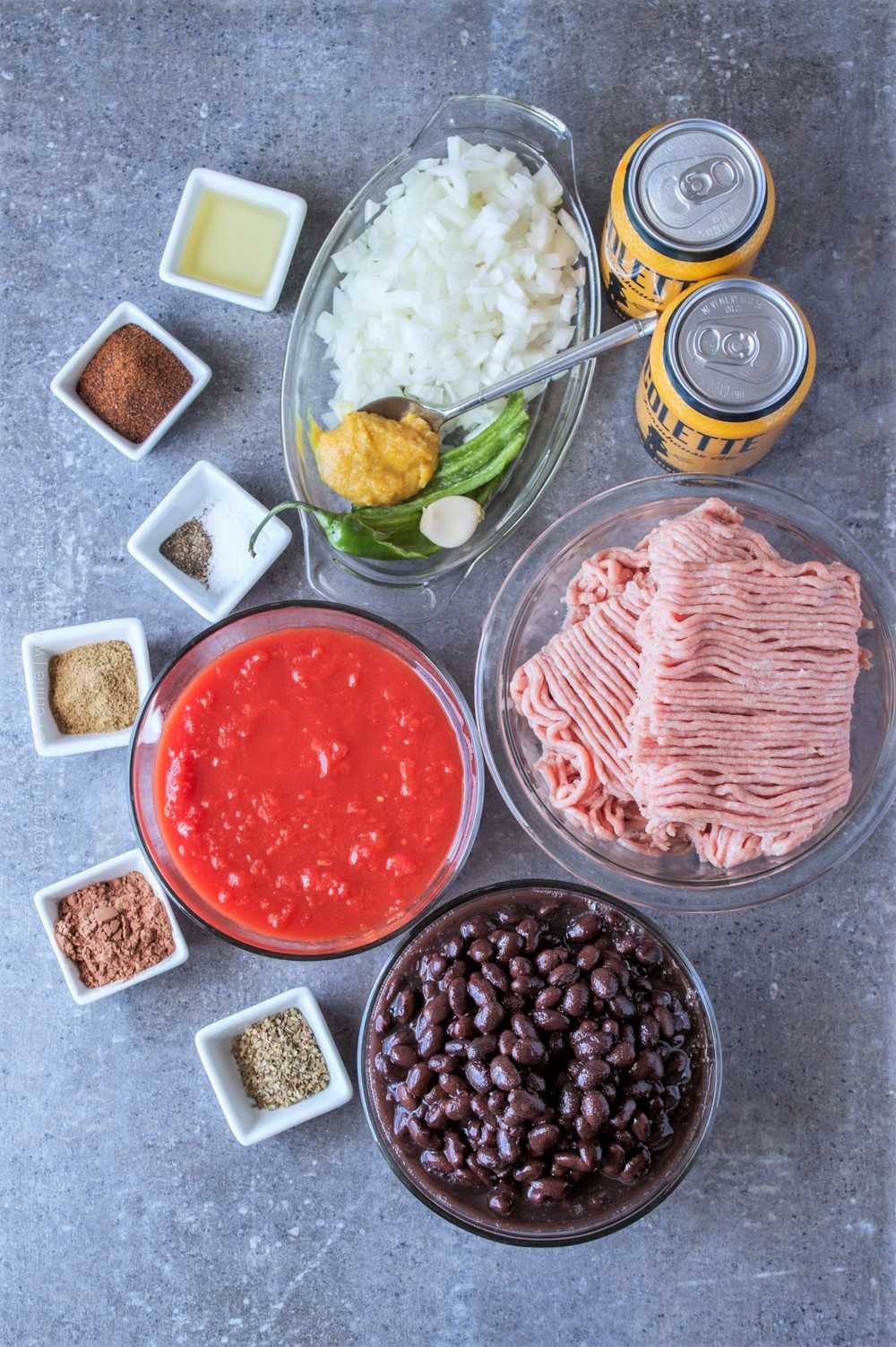 Let’s talk a little bit about the beer style first. Describing a Saison is an elusive affair. Saisons are fruity but not sweet. They are also not bitter – the hops used to brew them are typically low in alpha acids. They have faint spiciness (sometimes purposefully not so faint) and pleasant flavors such as honey, hay, lemon, pear. They typically have dry finish and are so refreshing to drink. In color they range from pale golden hues to deep ambers (depending on the grain bill), they are hazy, typically medium bodied and very effervescent with lasting head.

Saisons were originally brewed in the French speaking region of Belgium Wallonia. The name itself means ‘season’ in French. These brews had a very particular purpose – to provide safe hydration for farm workers during spring and summer. For this reason they were made seasonally (hence called Bière de saison), during the not very busy work-wise late winter for consumption during the warm weather months. Since their primary function was hydration and not intoxication:) traditionally they were very low in alcohol with ABV of only about 3-3.5%. All the farmhouses in the region brewed a Bière de saison so another common name for the style is ‘farmhouse’ ale.

The original farmhouse ales were made with whatever people had access to locally – both in terms of the grain bill and the herbs, even flowers used to flavor them. Today, the style is typically made with pilsner malts, often times includes malted wheat or other adjuncts such as rye. Typically noble hops are used, very often they are dry hopped. The estery spiciness and fruity character originate from the Belgian Saison yeasts typically used, but other top-fermenting yeasts can work as well, even wild strains such as Brettanomyces (imparting funk to the character).

Today’s farmhouse style ales typically have ABV around 6% and are deemed the most food friendly beer style by many craft beer connoisseurs. If you have not tried the style already, next time you are out and about seek out and enjoy a Saison. We are so excited for you!!

Not only do Saisons style brews make amazing food partners, they are incredible as a food ingredient. Even though our beer turkey chili can be made with several other beer styles, the complex flavors of the farmhouse ale complement it best. We promise.

Once again, we opted for our go to Colette Farmhouse Ale by Great Divide Brewing Co. It is perfect. 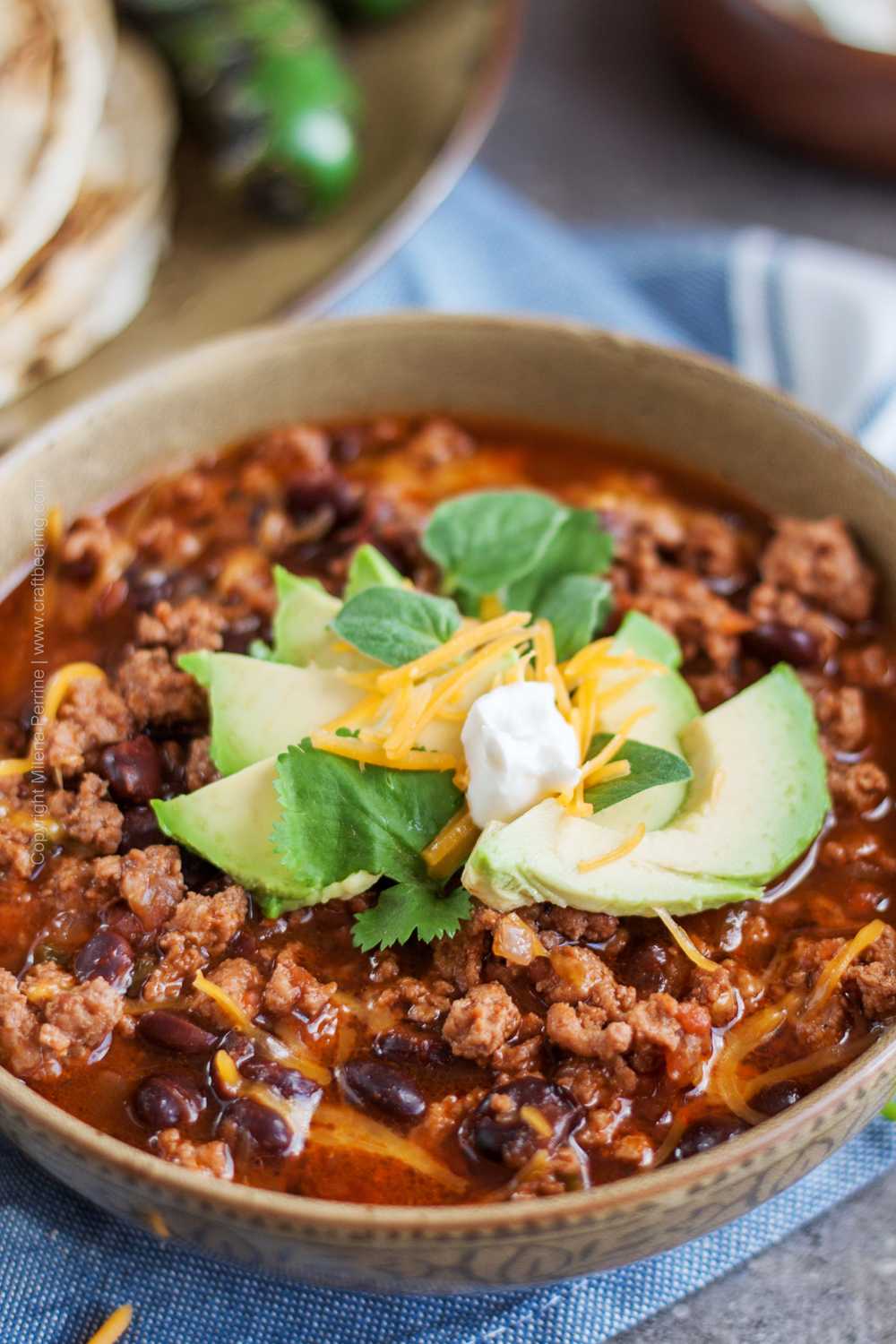 The entire time the chili simmers in the slow cooker your house will smell so tempting that you may simply have a beer or two in anticipation. We consider chili one the best apres ski foods out there, but this one is especially well suited for spring apres with the lighter turkey meat literally melting into the ale and bonding with the other ingredients. We use cocoa powder in the recipe and it adds to the complexity of flavors.

I am crazy for charred corn tortillas. Since firing up the grill is sometimes not an option I have developed the habit of simply turning on a stove top burner on high and placing a tortilla on top for just a few seconds on each side. Chris usually gives me a shocked look even though he has seen me do this quite a few times:) Sometimes I char a few jalapenos too. They take a little bit longer but the results are worth it.