How to mix a Bloody Roman beer cocktail. 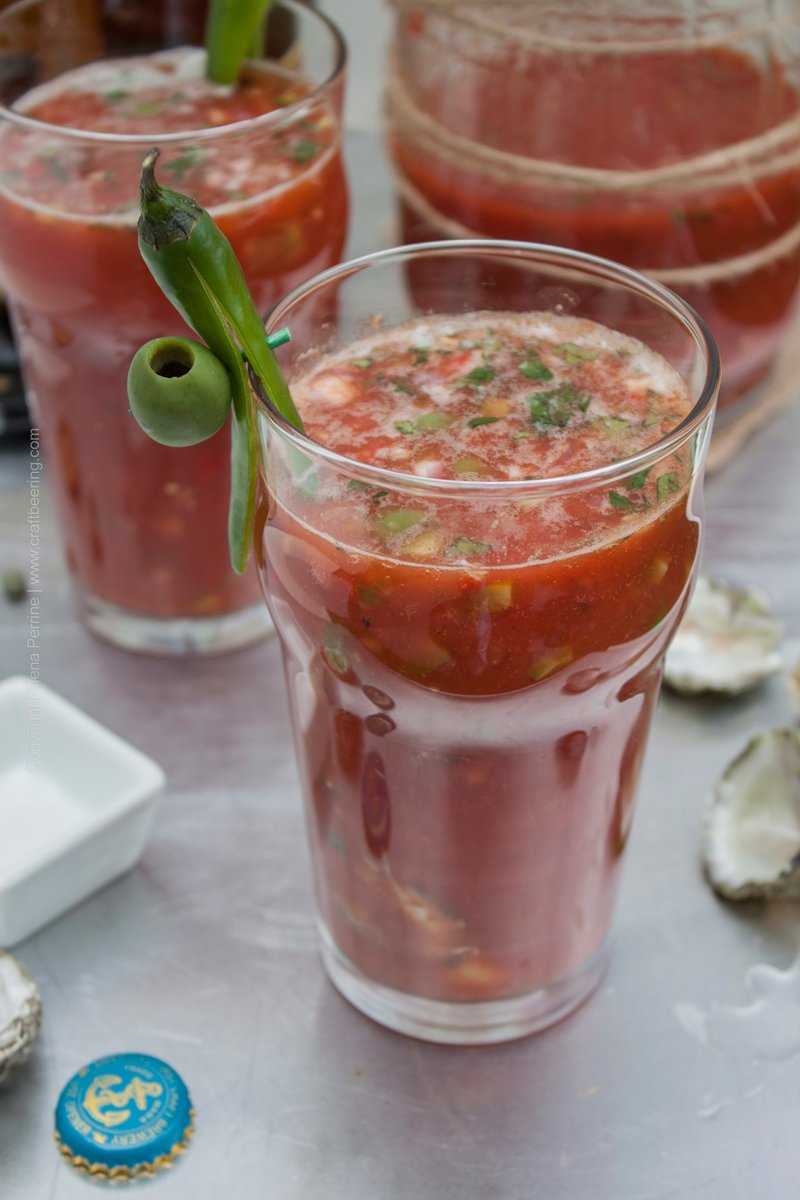 What is a Bloody Roman?

A Bloody Roman (in the words of its creator, Chef Chris Cosentino) is “more than a drink… a first course all by itself” and “an excellent hangover cure”.

It starts with one of Chris’ favorite chefs – Chris Cosentino. He is a chef and co-owner at Cockscomb in San Francisco (formerly Incanto). His first book, Beginnings: My Way to Start a Meal has been one of our favorites for a few years now. It contains recipes for some of the most creative appetizers ever, the combinations of flavors are bold and sooo tasty.

When said book had just come out, Chris Cosentino was invited to prepare a guest chef dinner at Frasca in Boulder, CO. Chris’ boss at the time went, Chris couldn’t as he had to hold down the fort at the Stanley in Estes Park. But, his boss brought him back a signed copy of the book, such a kind and a special gesture.

The Bloody Roman is one of Chef Cosentino’s meal starters included in the book. It does remotely remind one of a Clamato Beer or a Bloody Mary, but it is neither and its consistency is waaaay thicker. Like a gazpacho. When you sip on it, it does feel more like a meal than a drink.

The Ingredients you need to mix a Bloody Roman

The original Bloody Roman as created by Cosentino has ingredients that can easily lead you to believe that you will be making a high profile gazpacho, but then he adds beer. And sweet oysters – either Kumamoto or Kushi are recommended (we bought Humboldt Gold Kumamotos). Some ingredients are also hard to find for ordinary residents of an average American town like us (for example chile threads used for the garnish, Aleppo pepper and Cabernet vinegar). 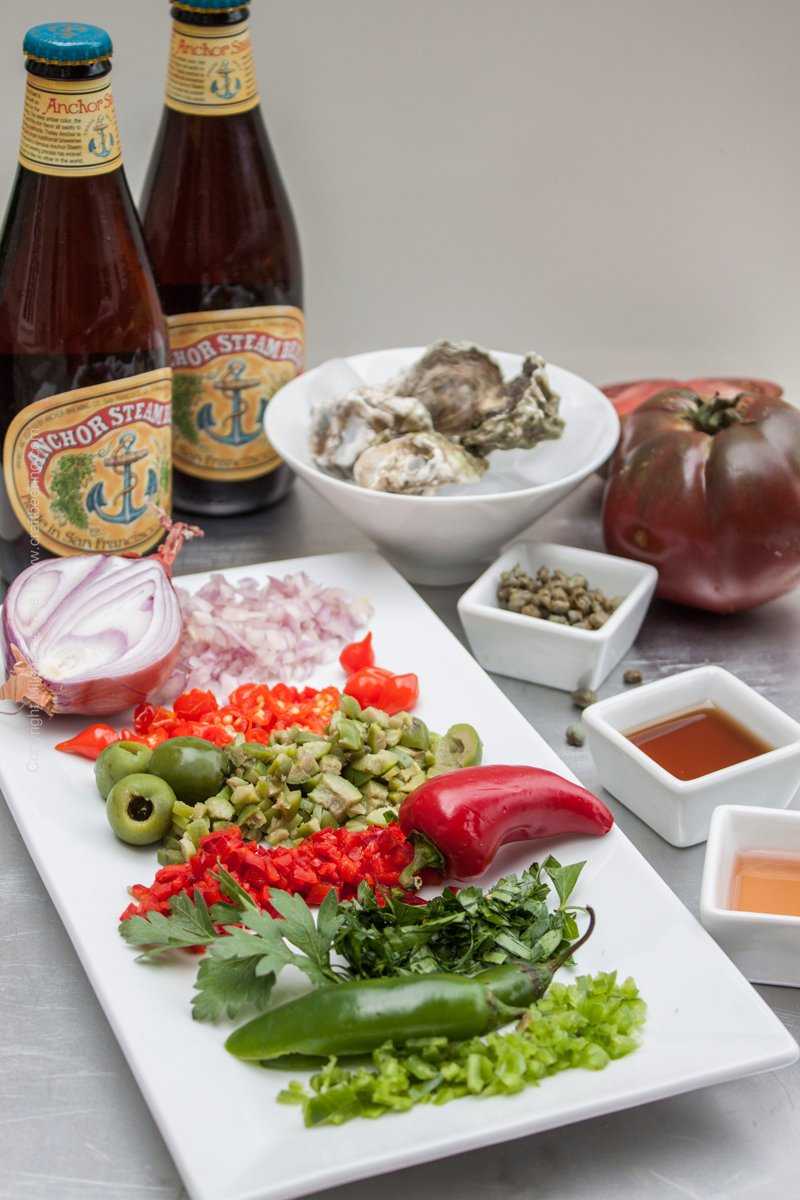 We have modified the original Bloody Roman only slightly.

First and foremost, we scaled down the recipe (we really didn’t need six pint glasses worth of it and suspect that many people might not either).

Second, we adjusted the original ingredients just a tad, so that you can actually get them all in one shopping trip to a grocery store with a well curated assortment.

Third, we prepared the heirloom tomatoes differently (used a blender instead of a food mill, resulting in a smoother texture).

The one thing we didn’t quite solve for any aspiring Bloody Roman drinker and hangover fighter is figure out how to schedule the timing of said grocery store trip so as all the ingredients are already purchased and available as soon as one wakes up with a hangover. This one proved elusive. 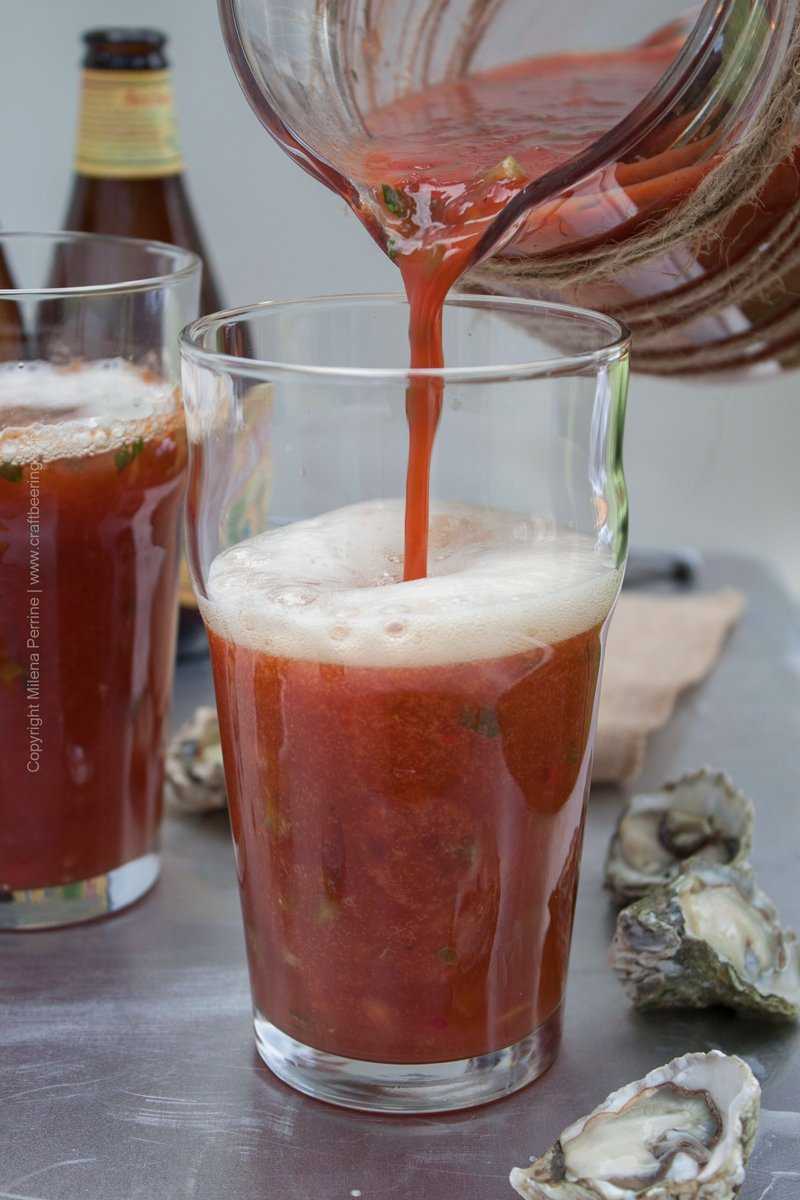 How to Mix it 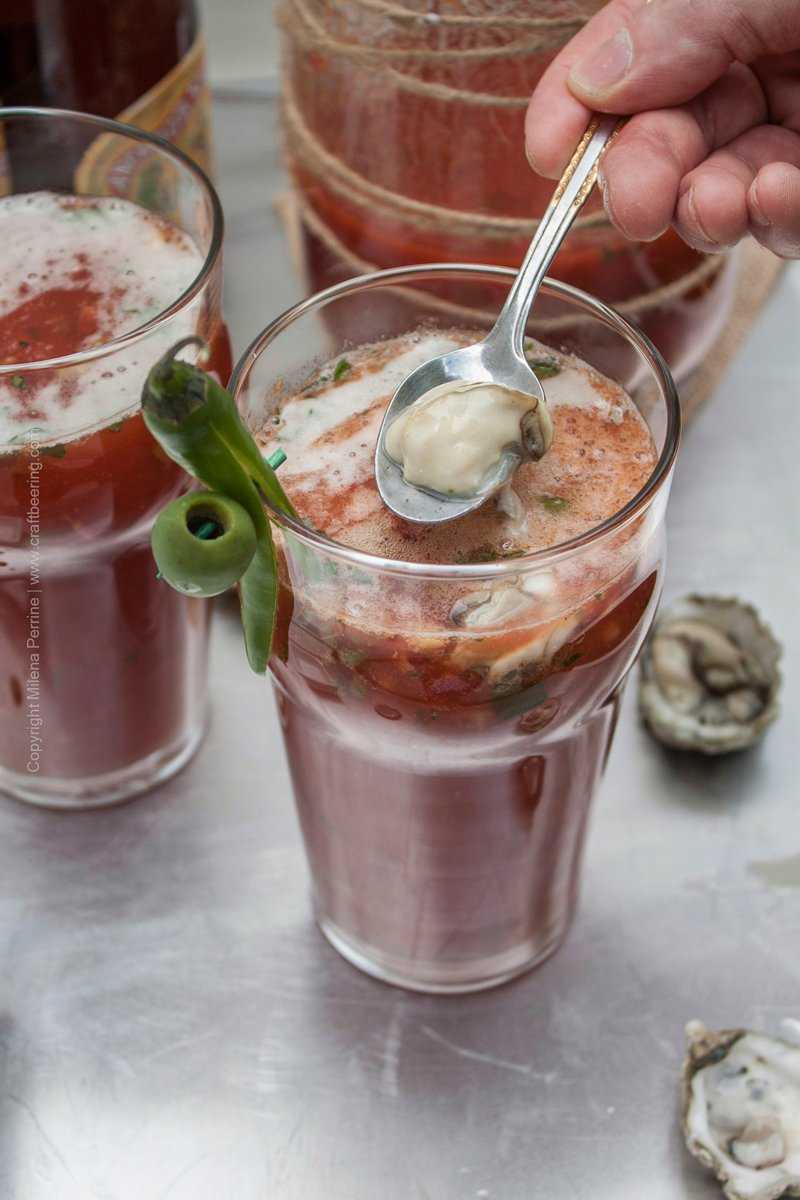 Neither one of us particularly liked tasting the bitterness of Anchor Steam® in the Bloody Roman. Even though the beer is dubbed well-balanced, there is actually a pronounced hoppy bitterness to it and the maltiness takes a back seat.

Drinking Anchor Steam® on its own is delightful – it is crisp and refreshing. The style of beer is called California common or steam beer, fermented at ale temperatures but with lager yeast. When simply enjoying a pint of it it does feel somewhat balanced, but in the Bloody Roman the bitterness overpowered the symphony of other flavors. I guess it all depends on your personal affinity for bitterness and where you want to encounter it.

We both thought that the cocktail would taste better if something with a sweeter flavor profile is used. Like a Vienna lager or true to style Munich Helles or a brown ale with markedly malty character.

It was however a very interesting craft beer cocktail to try out and the Bloody Roman mix itself is beyond intriguing. We are all for the flavors in it and the crunch it packs.