Malty craft beer and chocolate are the best of friends. Few would refuse a chocolate porter dessert, especially when it also happens to be well suited for morning coffee.

This is what I am talking about. Dulche de leche flavored pizzelles bound together by chocolate porter and semi-sweet chocolate sauce and decorated with more of the same rich sauce. A caramel-ish, crispy and airy, melt-in-your mouth Italian thin waffle and beered-up chocolate. 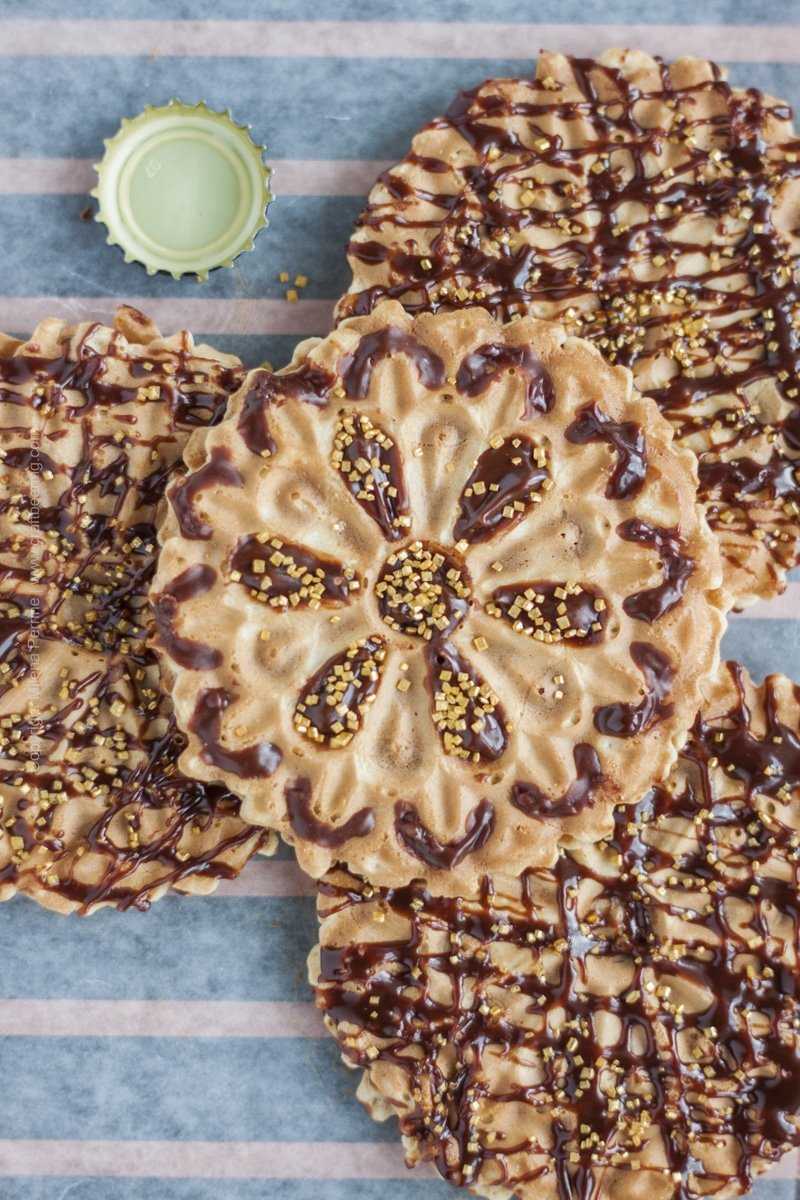 Our son is in a bilingual program at school where half of the day he learns everything in English and the other half in Spanish. This school year his Spanish teacher is originally from Uruguay and throughout the first grade she often brought to class different treats to introduce the kids to popular Uruguayan foods. The uncontested favorite is dulce de leche. Those six year olds are crazy about it and now all of us moms flock to Trader Joe’s to buy jars of the spread.

A few days ago I wanted to make treats for an event at our son’s school and I decided to buy pizzelles and turn them into ‘sandwiches’ with dulce de leche as a binder. Our store had dulce de leche flavored pizzelles as well, so I bought a packet of those to try in addition to the regular ones. Pretty good I must say, no reason to learn to make my own:) We don’t have a pizzelle maker actually…But we did happen to have this chocolate porter in the cooler…

Long story short, after making all the treats for the kids (not a touch of alcohol there:), I felt inspired to dress up the dulce de leche flavored pizzelles I bought for us at home with some chocolate. Chris loves having a caramel tasting something with his afternoon coffee on his days off. If beer was part of the something, even better… 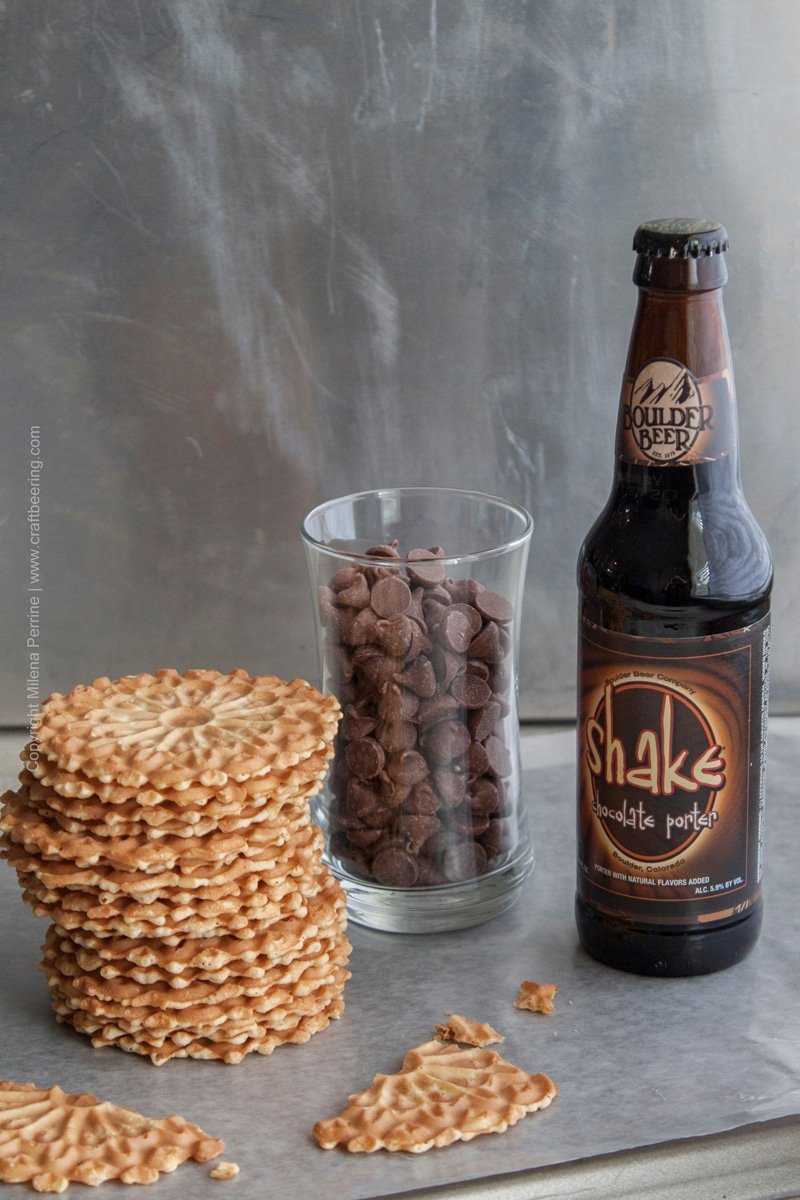 So I used the subject chocolate porter as a melting agent for chocolate buttons.

Boulder Beer Shake Chocolate Porter has a bit of a following around here and it is not at all hard to see why. It is a porter that plain and simple does justice to cacao – a self standing chocolate porter dessert. Boulder Brewing is actually Colorado’s first craft brewery, established in 1979! 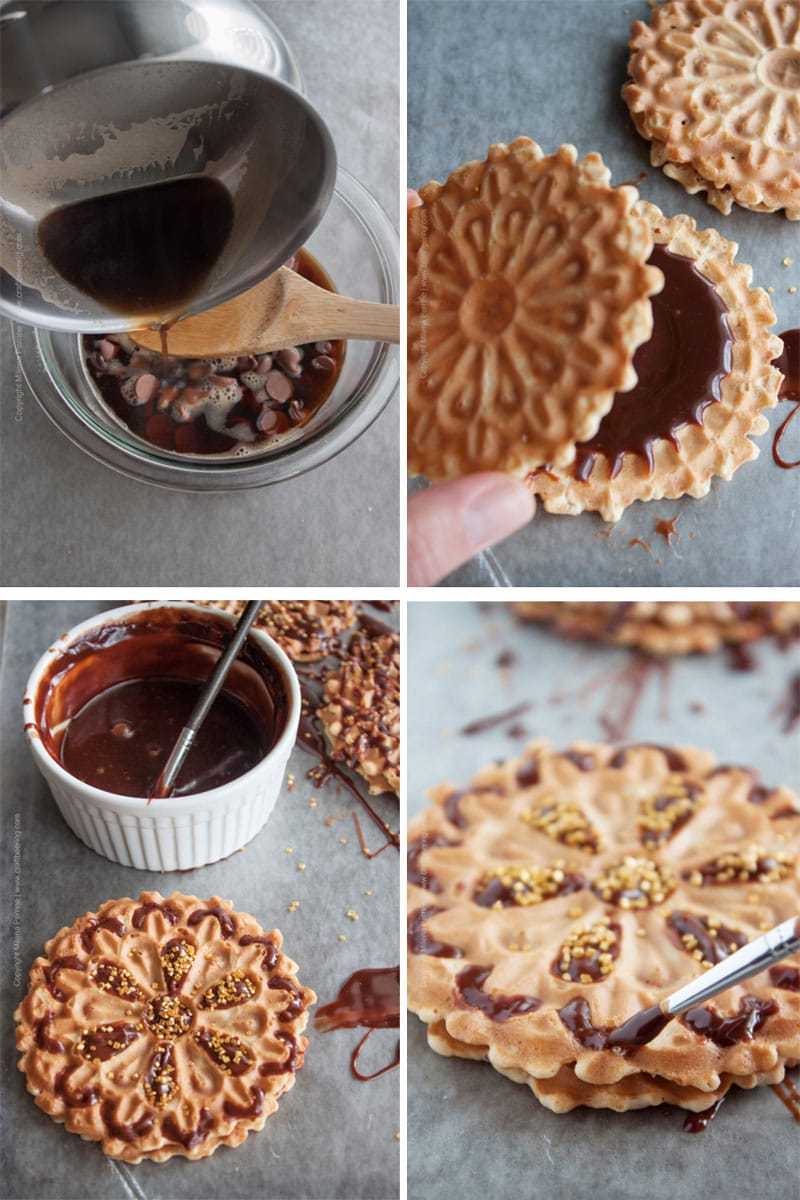 Not much to write about in terms of how to make this super easy chocolate porter dessert, except for that I did have tons of fun actually painting with the sauce.

Remember all the coloring for adults therapeutic books that flooded every store you set a foot into last year? Well, I am here to tell you that painting with a beered-up chocolate sauce beats coloring:). Tried and true. Drizzling said sauce over pizzelles works too… 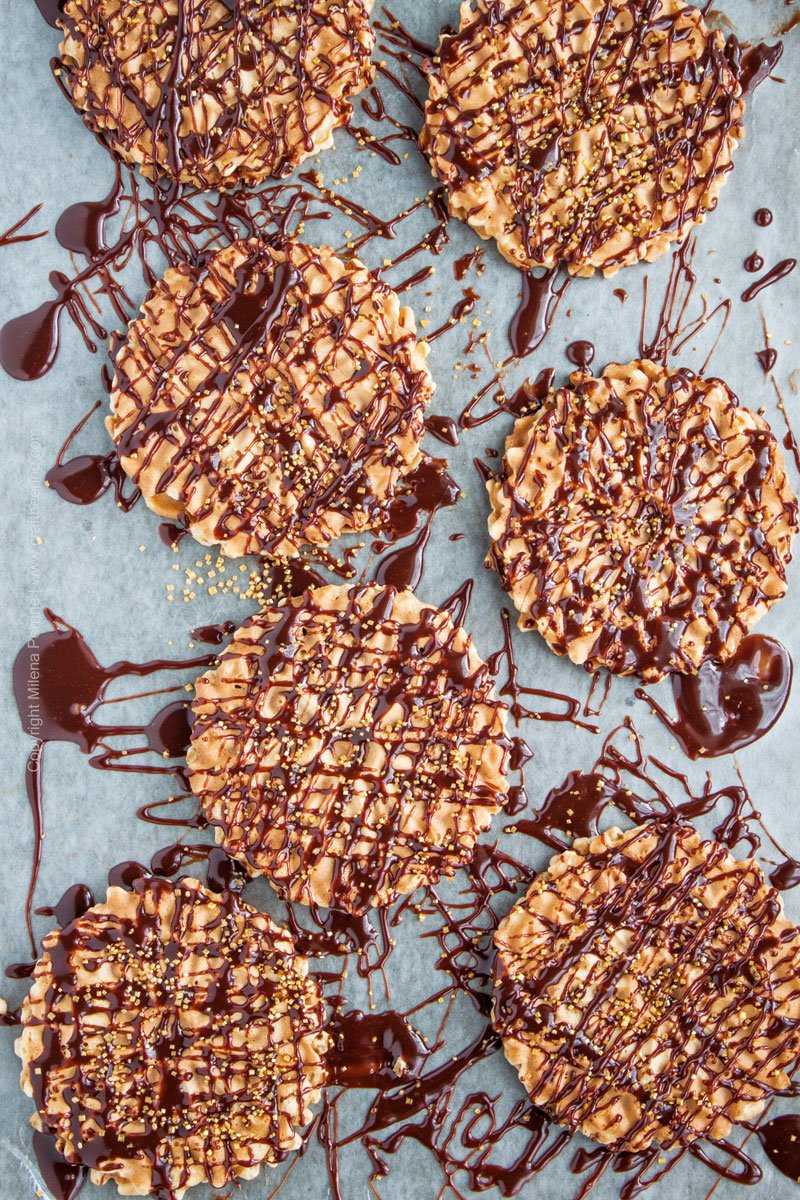 So yes, remember about craft beer next time you need to melt some chocolate:)

Cheers you all – headed out to celebrate Saturday night and Mother’s Day tomorrow! Wishing to all moms to be surrounded by love (and not just tomorrow).

PS. About the pizzelle sandwiches with dulce de leche I made for the kids – gone. Faster than lolly pops. 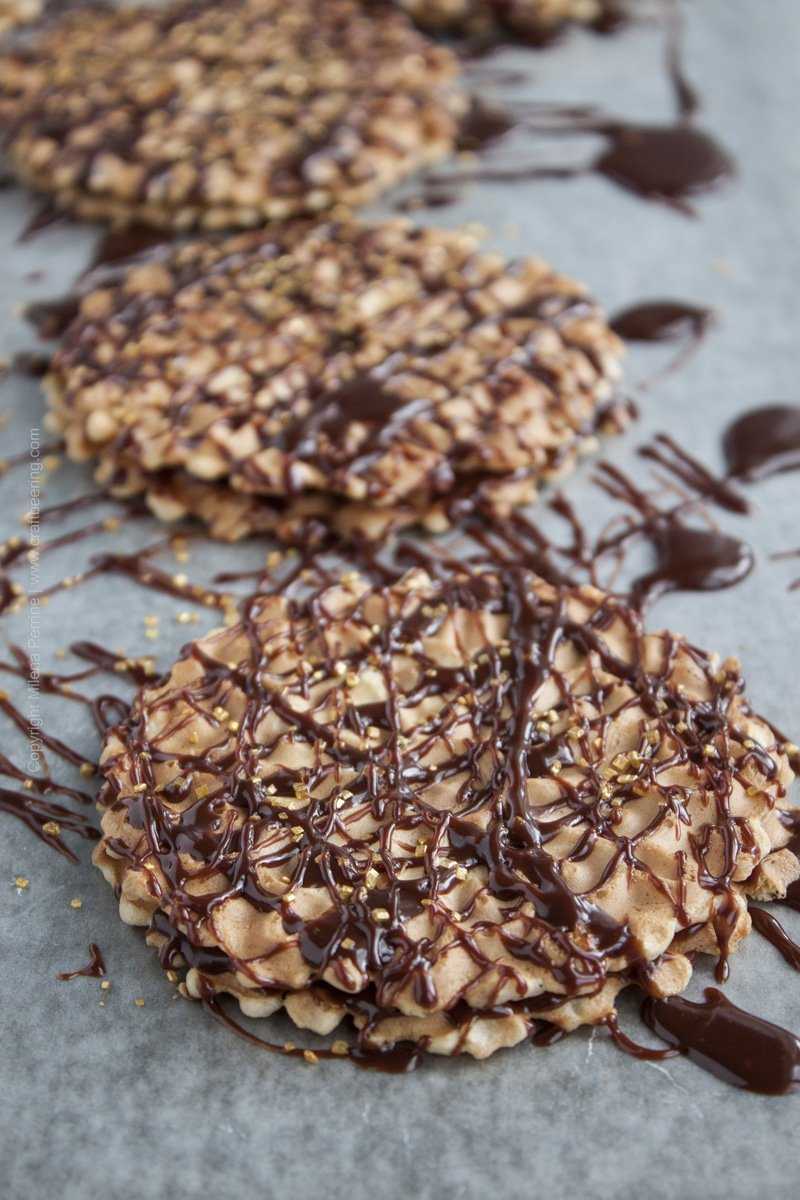