The best thing about a craft beer cake made with cans is that it is more exciting to receive. Period. 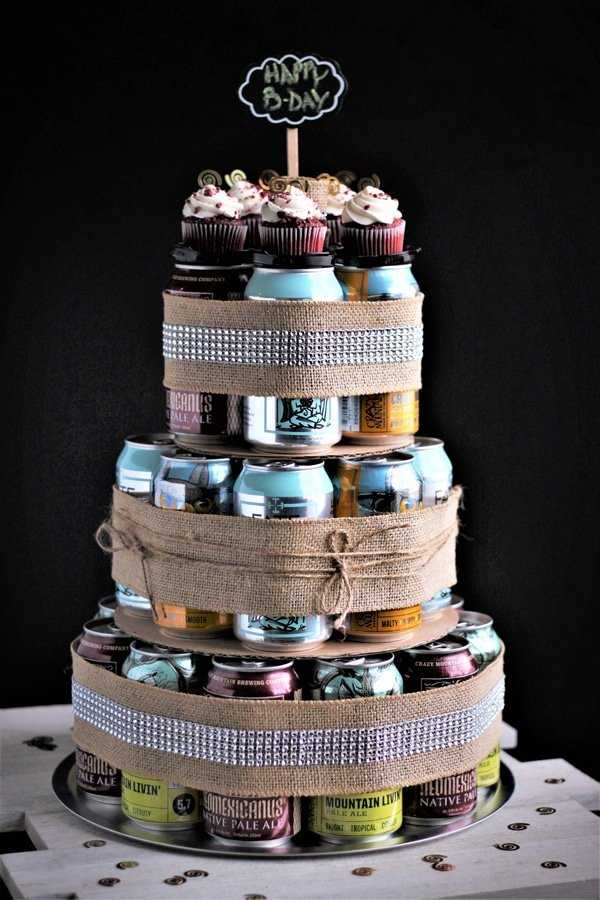 As added benefits I’d point out that it is easier to handle (especially if you are trying to hide it like I did) and requires no immediate refrigeration. It also takes just a few minutes to put together once you rally up all the ‘ingredients’.

We are celebrating Chris’ birthday this week and in true craft beering fashion I made him a cake using cans of his all time favorite brews. Judging by his reaction and those of friends who saw a picture of it on social media, a craft beer cake like this one is guaranteed to make any craft beer lover smile!

I wanted to go for a low key craftsy look. I picked up some twine, a roll of burlap ribbon, a cute little sign, decorative spiral sprinkles and a round aluminum pizza pan to serve as the base. I cut out circles from a brown corrugated paperboard box. 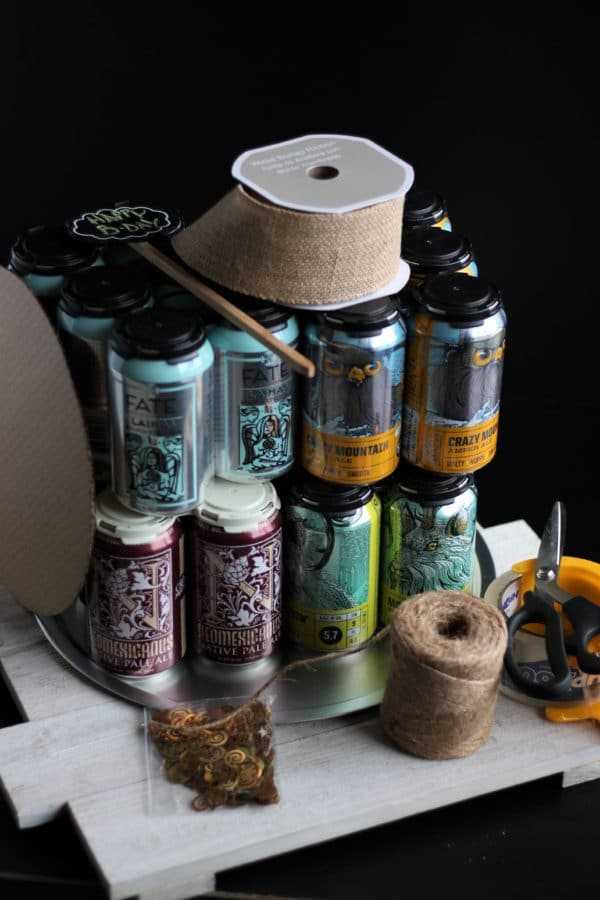 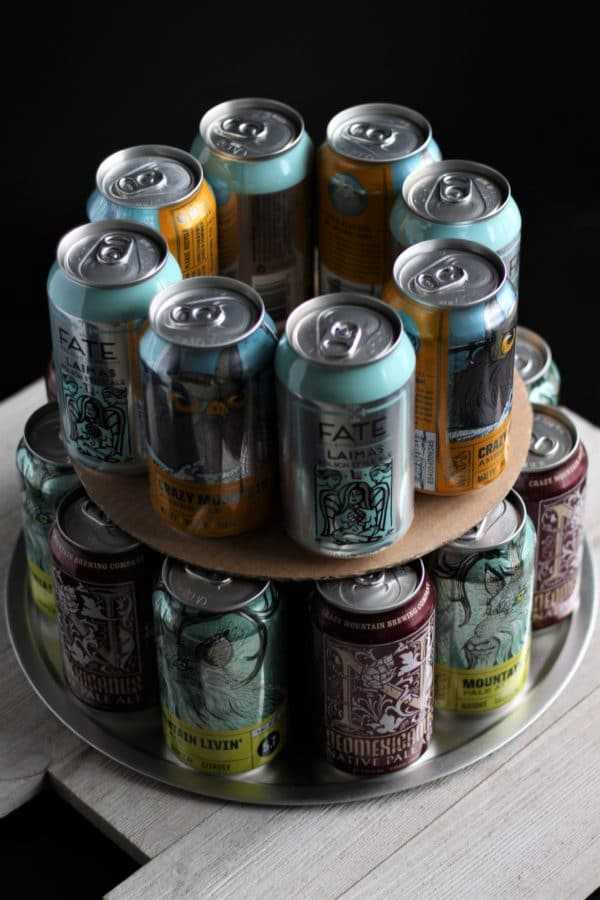 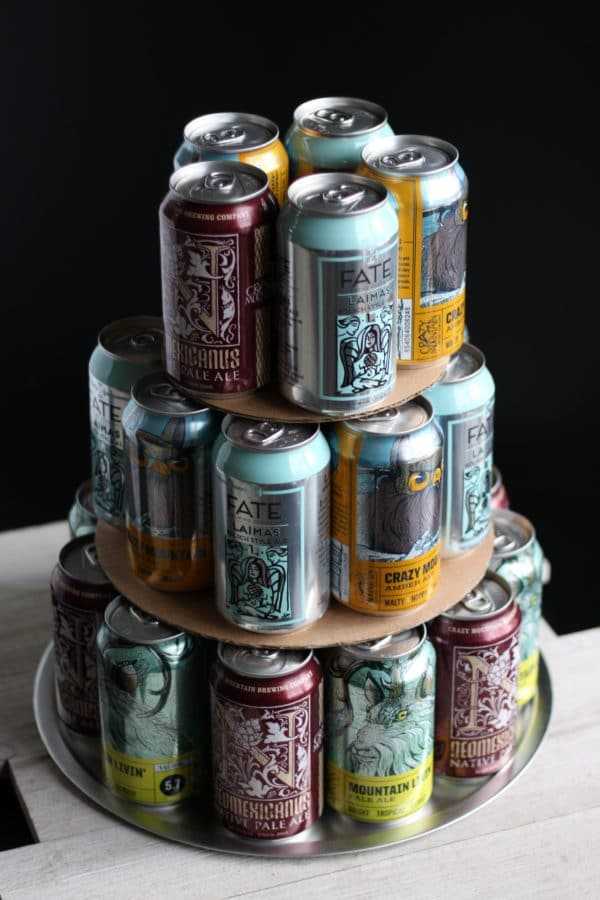 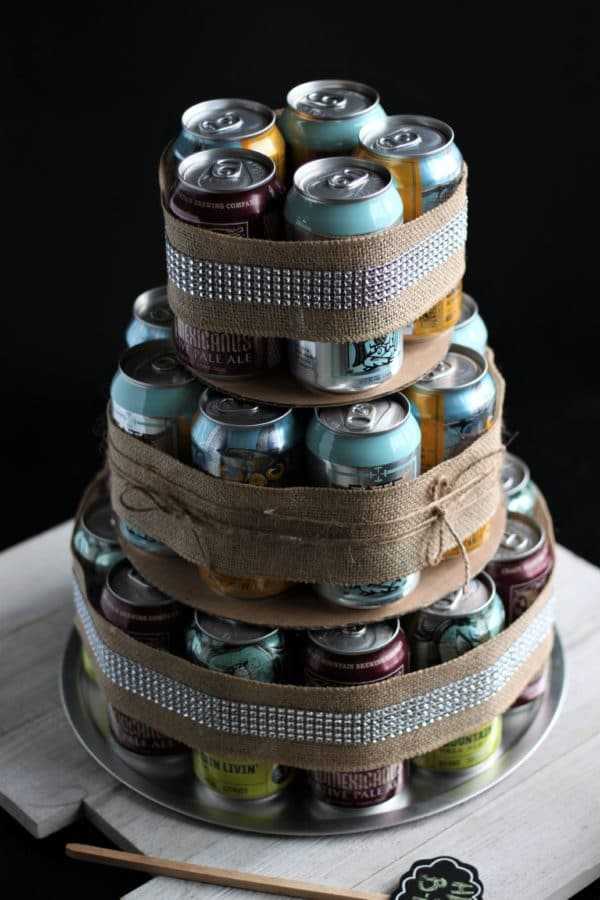 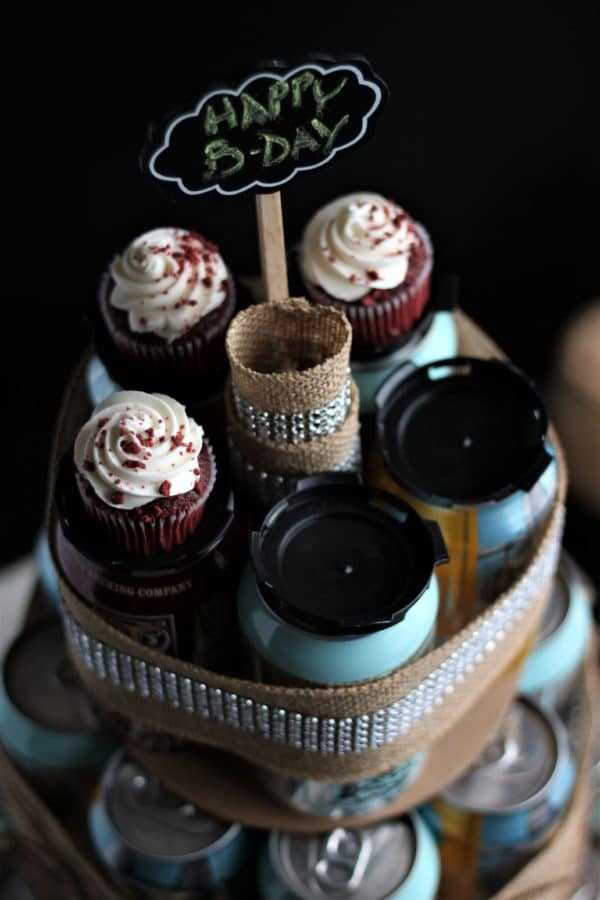 After a few finishing touches it was done! 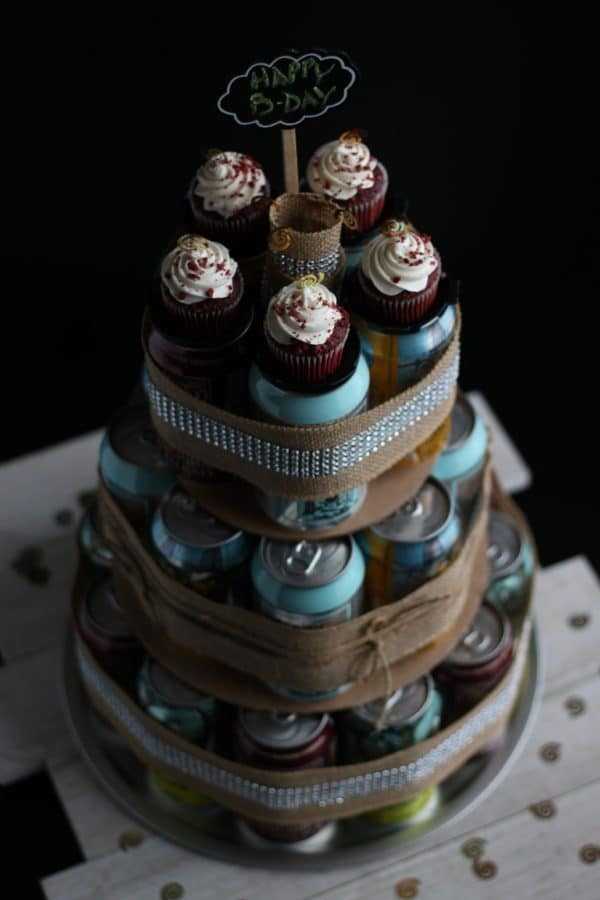 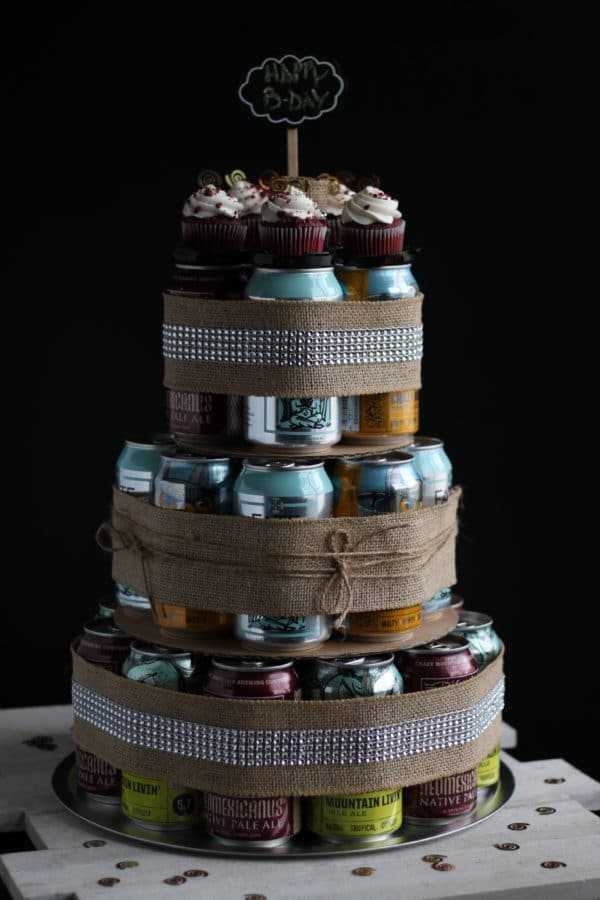 If you have the time and a can of craft beer left you could make some beer brittle  and use chunks of it for decoration in place of the cupcakes. Or a large cupcake with a candle? Or whatever you want really.

Your effort will be appreciated, I promise. Chris was super happy with his craft beer cake! 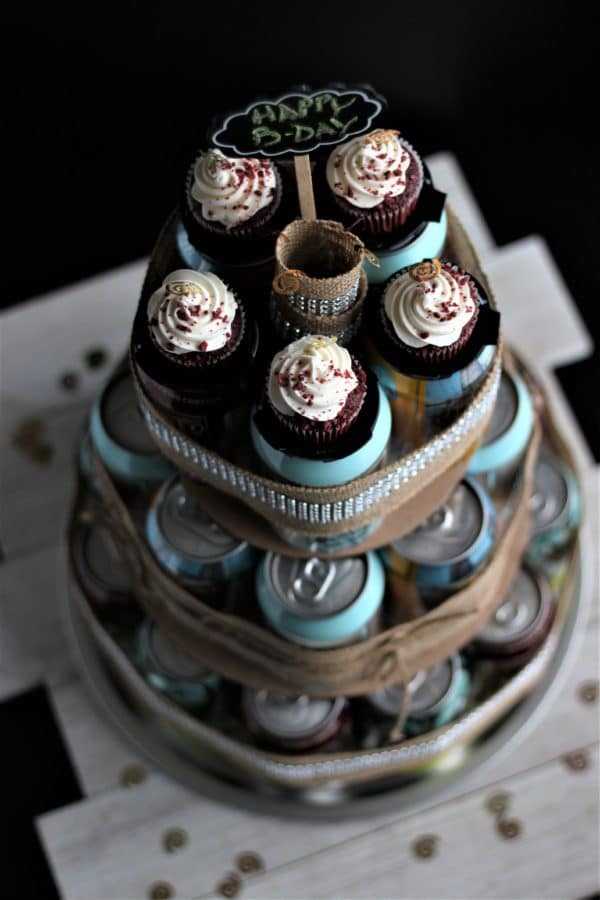 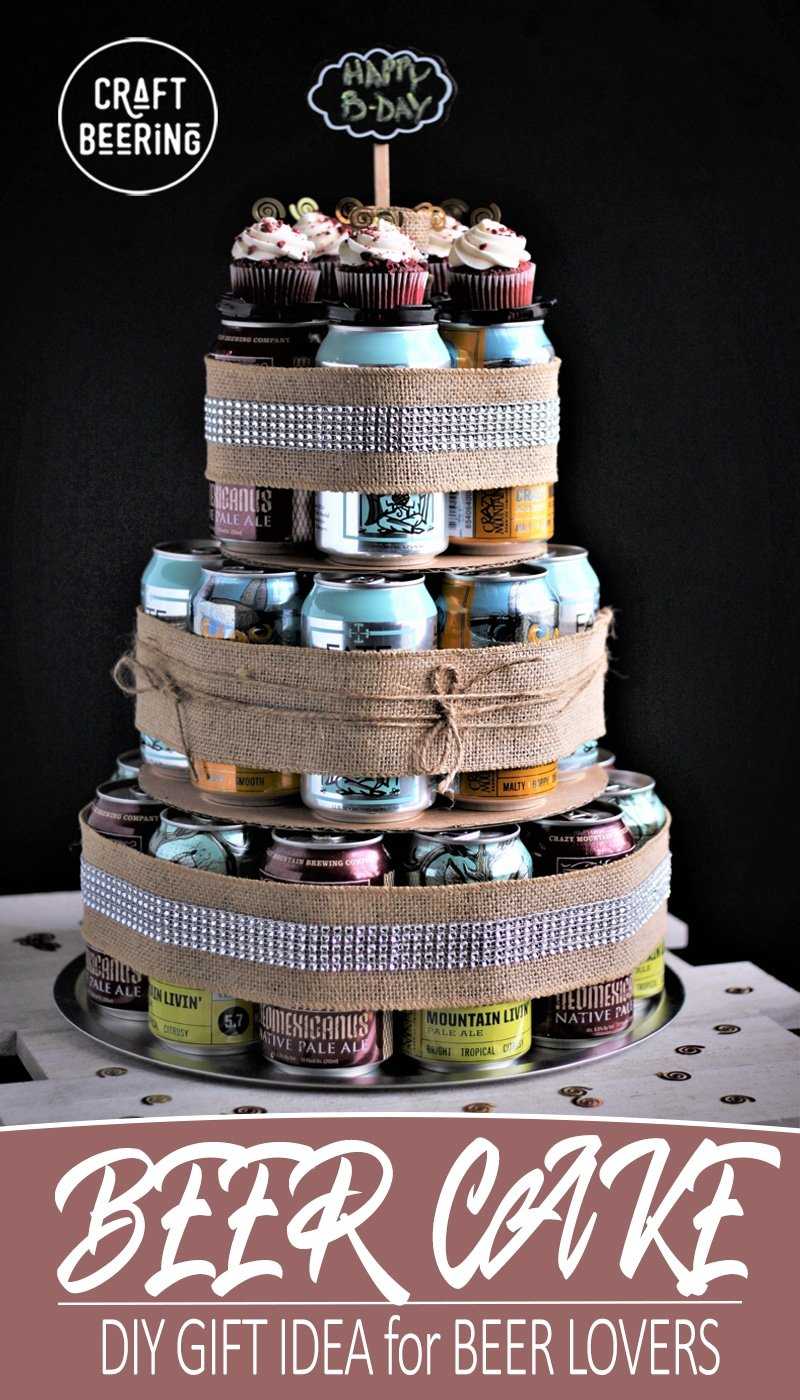