This post is dedicated to a flavor loaded beer French toast extraordinaire. Which is also very easy to replicate. All you need is bourbon barrel aged ale and fresh cherries. The idea for it evolved while Chris and I were waiting for an amber ale he brewed in early spring to condition.

Over the course of three weeks Chris tasted his cherry bourbon brew every few days before he finally decided that it was ready to bottle. A few days later we were able to appreciate the slow processes that gave his creation exquisite warm vanilla sweetness and inviting cherry aromas. We indulged nightly and came up with this buttery croissant beer French toast. Not only as an excuse to drink the beer in the morning:)

I started looking for fresh cherries at the end of April and finally our store had some. Not from Colorado, it is too early, but nevertheless fresh cherries. Our cherry season is just around the corner though.

Did I tell you guys that we endured a massive spring snow storm a few days ago? We are not even in the mountains. Nature pruned most of the trees in our neighborhood. We are talking trees broken in half, big branches falling over cars and destroying property… The over 12 inches of snow that fell was captured by thousands of fully leafed branches, bent them to an incredible ninety degrees and caused them to snap like chopsticks. The snowflakes were massive and very, very wet and heavy. It was scary and we happily took comfort in Chris’ libation. 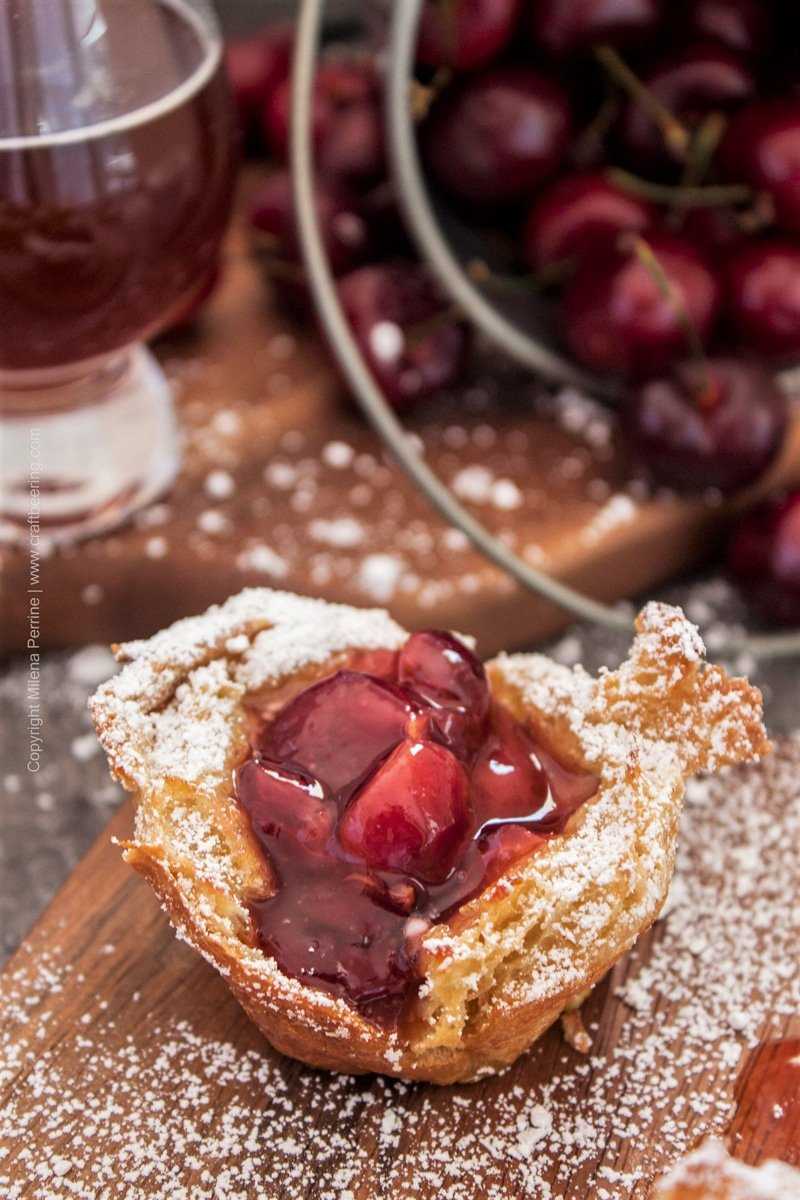 The ale took awhile to make. Since we do not yet have a bourbon barrel to age ales in, Chris soaked American oak chips in bourbon for almost four months. The subject bourbon was born in Colorado and was given to us by a long time friend. He is the manager of 10th Mountain Whiskey & Spirit Co., a distillery in the Vail Valley, up in the mountains of Colorado. We used to live there until our awesome boy turned two. During a visit a few months ago our friend (Hi, Shawn!) presented us with a bottle of their smooth bourbon. 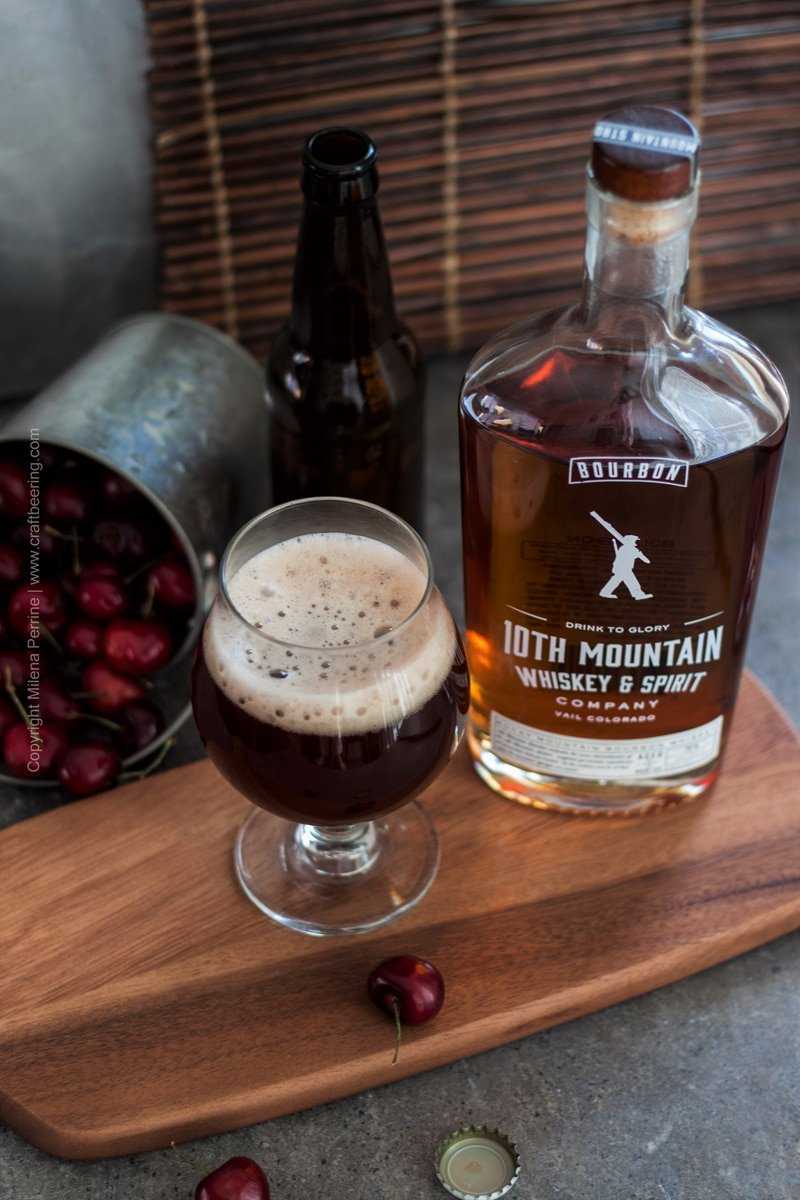 The 10th Mountain bourbon imparted its hallmark vanilla and honey flavors onto the oak chips, the oak chips infused the flavors into the ale, and six pounds of frozen cherries contributed fruity notes and aromas. We used the ale in two ways to make this beered up French toast. In the soaking liquid for the bread (croissants seemed perfect) and in the fresh cherry compote. 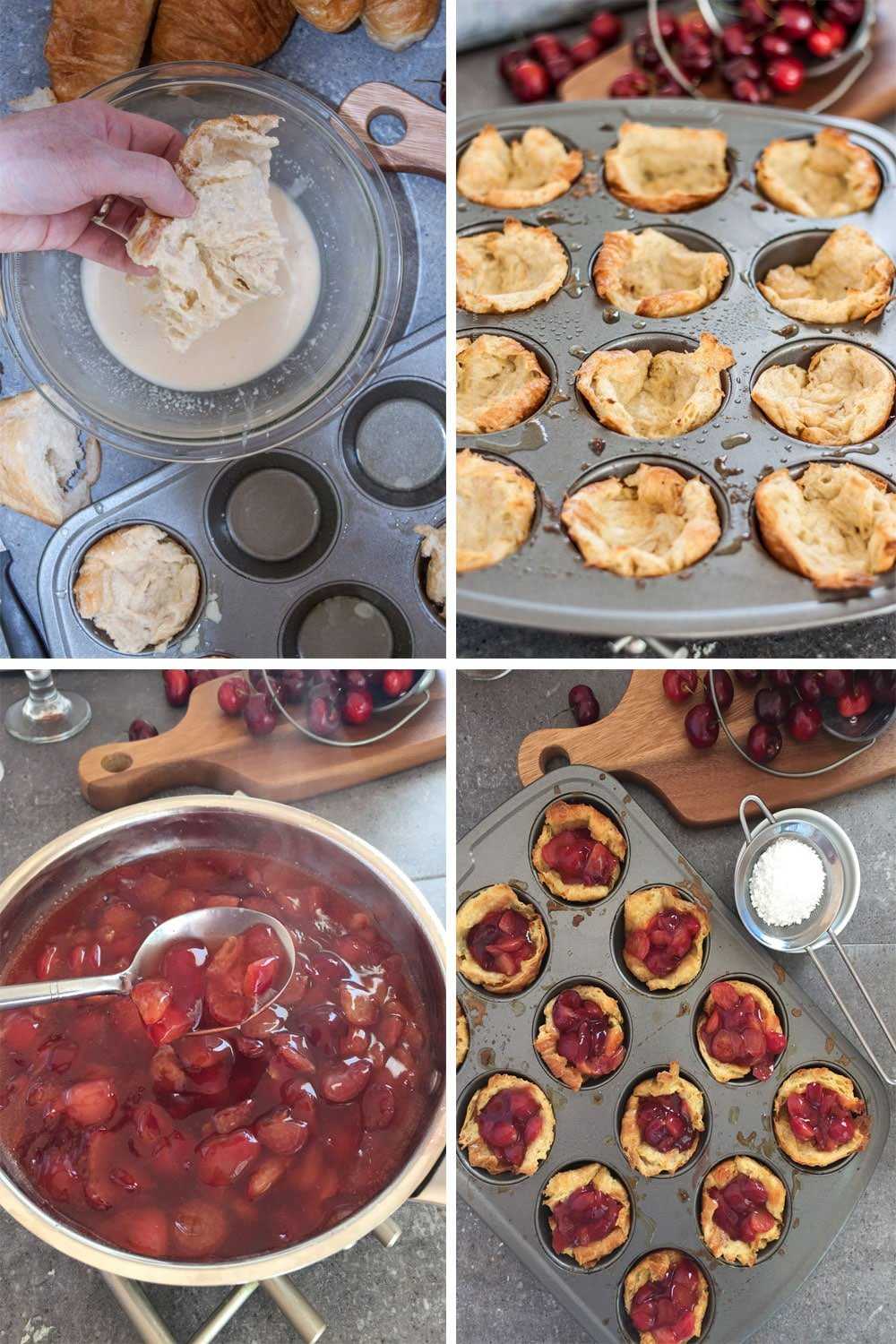 The airy croissants soaked up the ale, eggs and cream wash and were easily molded into cup shapes using a muffin tin. Once out of the oven where the liquids evaporated they smelled absolutely divine, creating impatience in us while the cherry compote filling was being infused with vanilla and oaky notes in the pan.

As much as we love strong coffee we had to opt for more of the ale as our beverage. Beer French toast makes a great brunch course…You could start with your coffee and eggs and transition to these babies and ale. 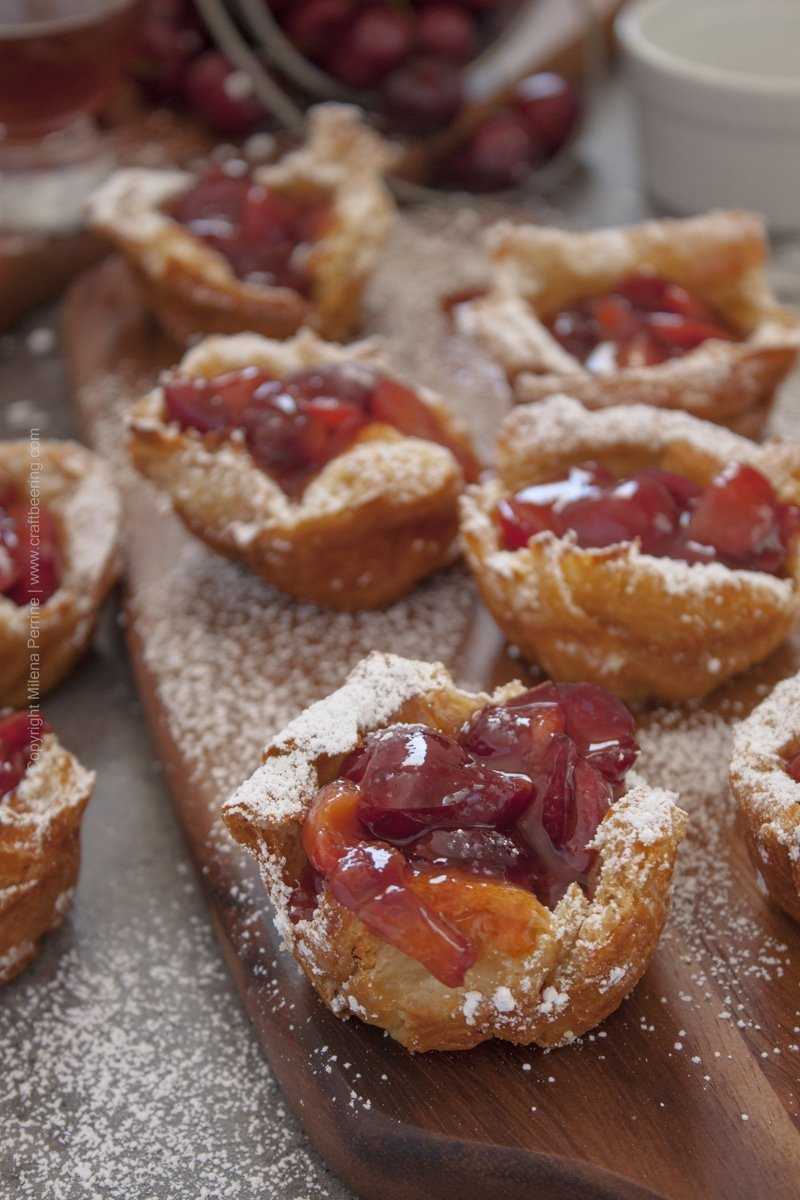 There are numerous ales sold today aged in bourbon oak barrels that have a similar flavor profile to Chris’ bourbon cherry ale. They are actually so popular that it will be odd if your local craft beer store doesn’t have a few to offer to your attention. Fruit conditioning is not necessary, you are looking for the bourbon signature flavors transferred via the oak. Locating a brew to recreate this beer French toast should be a breeze, so hurry up and give it a try while cherry season is in full swing.

Chris will make the same ale very soon (chips are soaking as we speak) to be sure of his recipe and we will share it in a future post. Since I am obsessed with cooking with beer, I am already thinking of a pork and red quinoa dish that will come alive if infused with the flavors of his cherry bourbon ale.

By the way, croissant French toast cups are also perfect for a picnic, especially the kind that involves a few craft brews. You can practically hold the French toast in one hand and your beer in the other. No utensils. 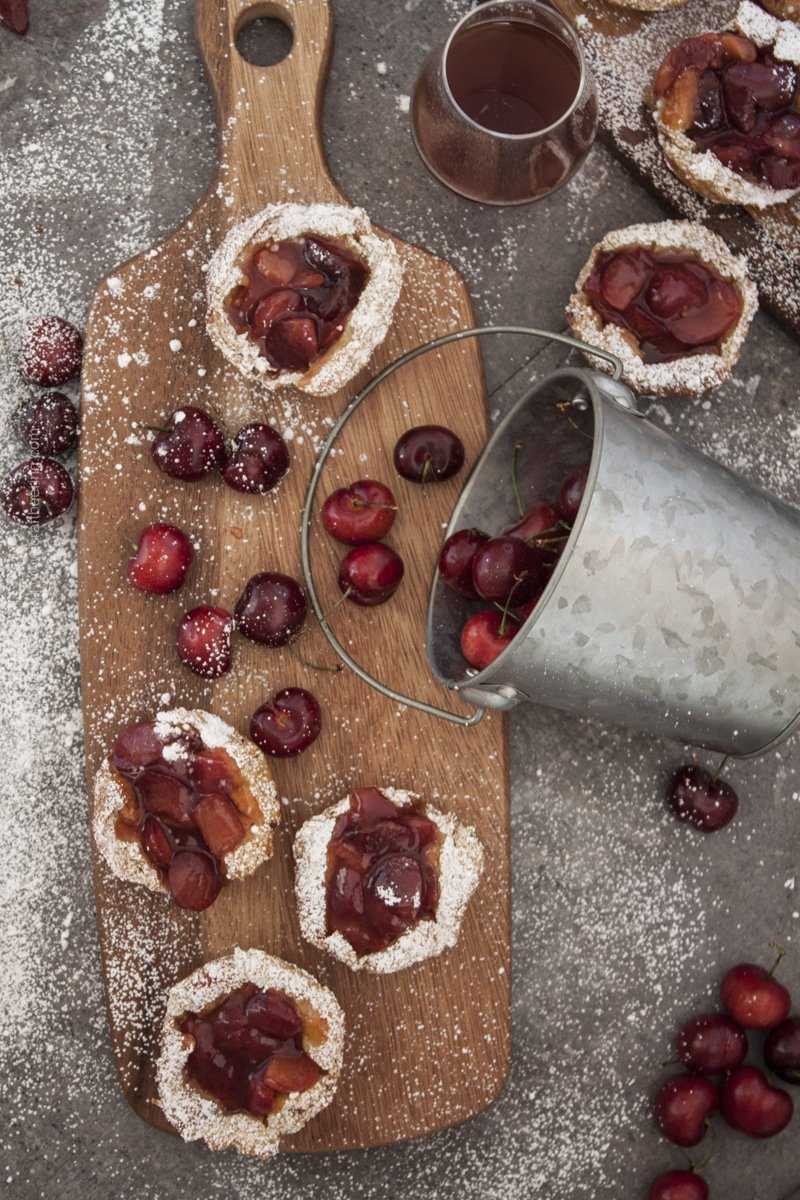