Wait until you try these stout cupcakes! Creamy oatmeal stout and oat flour work together to create an airy batter and the Mascarpone cheese and whipped cream frosting is unbelievably light.

Every single person who tried one of them last week (I brought them to a thing I had to go to) asked where that inexplicably awesome flavor came from. And they all raved about the frosting. 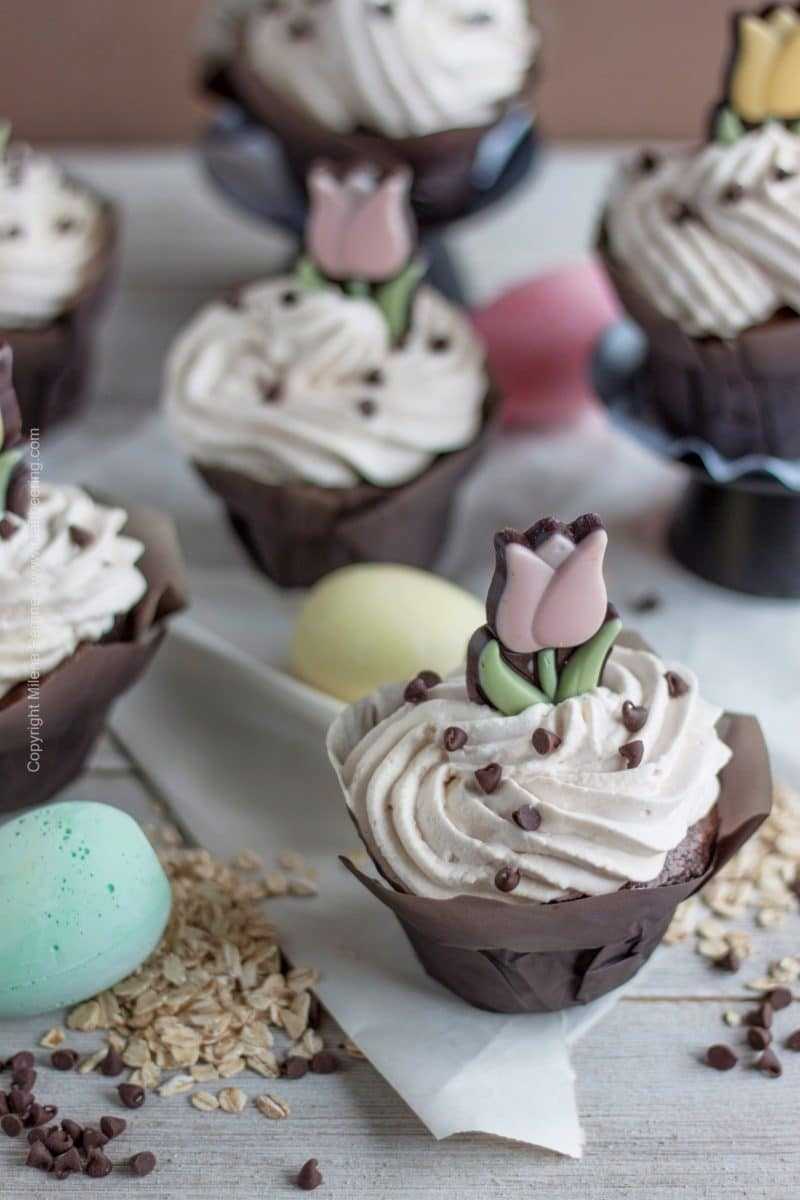 While the stout in the batter has everything to do with its lightness, the oat flour definitely has a role in adding to the mystery and supports the stout flavors. The Mascarpone frosting literally elevates the cupcakes. It is the batter’s equivalent as far as airiness is concerned. I had to pile it up high and weigh it down for fear of it taking off like those silly snack bars (featuring the number three) in the equally silly commercial a few (or more) years ago.

Seriously. Those dark chocolate tulips you see used as a decorating touch have a secret function lurking behind my not so subtle attempt to create an Easter themed scene. They are what is keeping the precious frosting down so that people can get some of it in their mouth before it flies away. Even though the recipe is for a single batch of Mascarpone frosting you won’t be sorry if you made two batches. Just don’t think about it. Do it and indulge. If you end up with any leftover frosting I bet that you will not have any problems folding it in a bowl of fresh fruit. Or using it in a cookie sandwich. 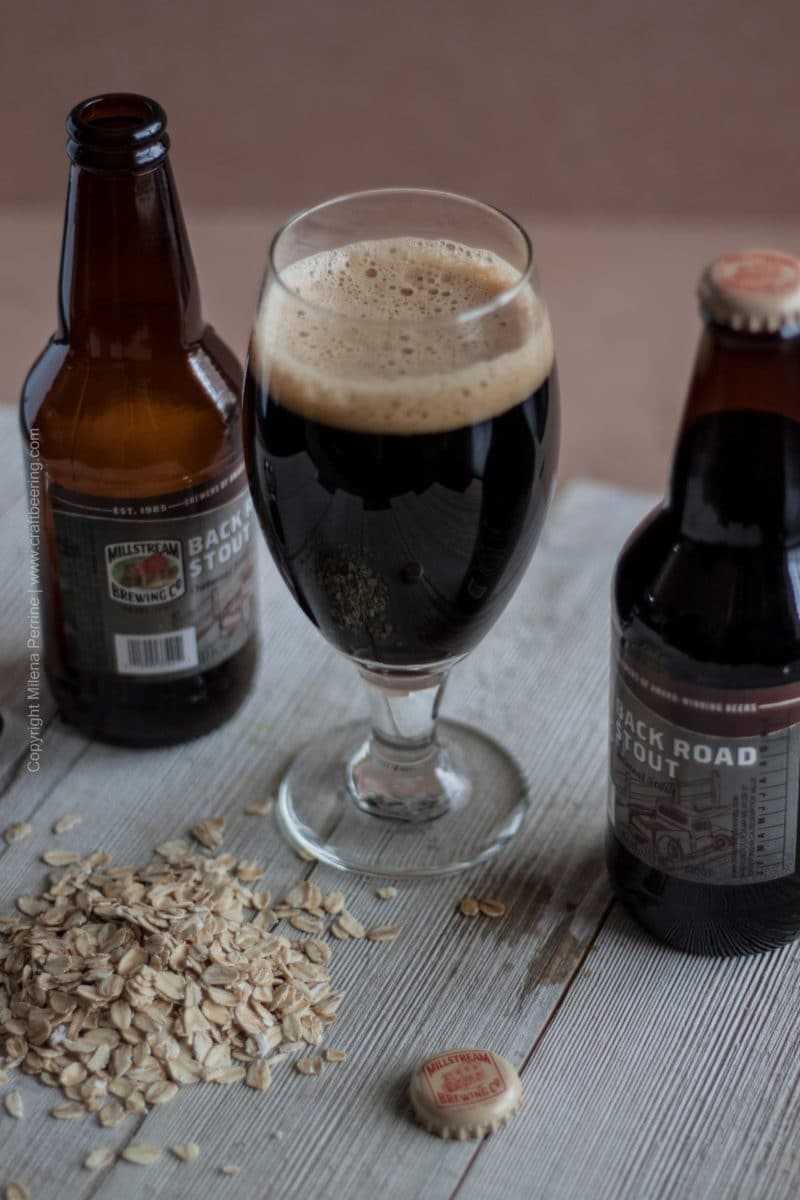 About the craft beer. Back Road Stout brewed by Millstream Brewing Co. in Iowa was a gold medalist at the 2011 Great American Beer Festival and a 2014 silver medal recipient at the Denver International Beer Competition (among other distinctions). Truly an excellent representative of the oatmeal stout style. If you see it sold around you, try it. Better yet, get a six-pack and bake these cupcakes.

Oatmeal stouts are brewed with, you guessed it, flaked oats. This gives them a creamier mouthfeel and a viscous feel on the tongue. People frequently remark that oatmeal stouts remind them of a chocolate milk shake. Very true. Typically, when oats are added to craft beer it ends up having a fuller body and a rich, creamy head that is well retained. This is most certainly the case with oatmeal stout.

In the Back Road Stout the grain bill included 5% of oats and the results speak for themselves. Smooth and rich, with well balanced coffee and chocolate flavors (thanks to the roasted barley also used to brew it). Absolutely appropriate for our cupcakes. 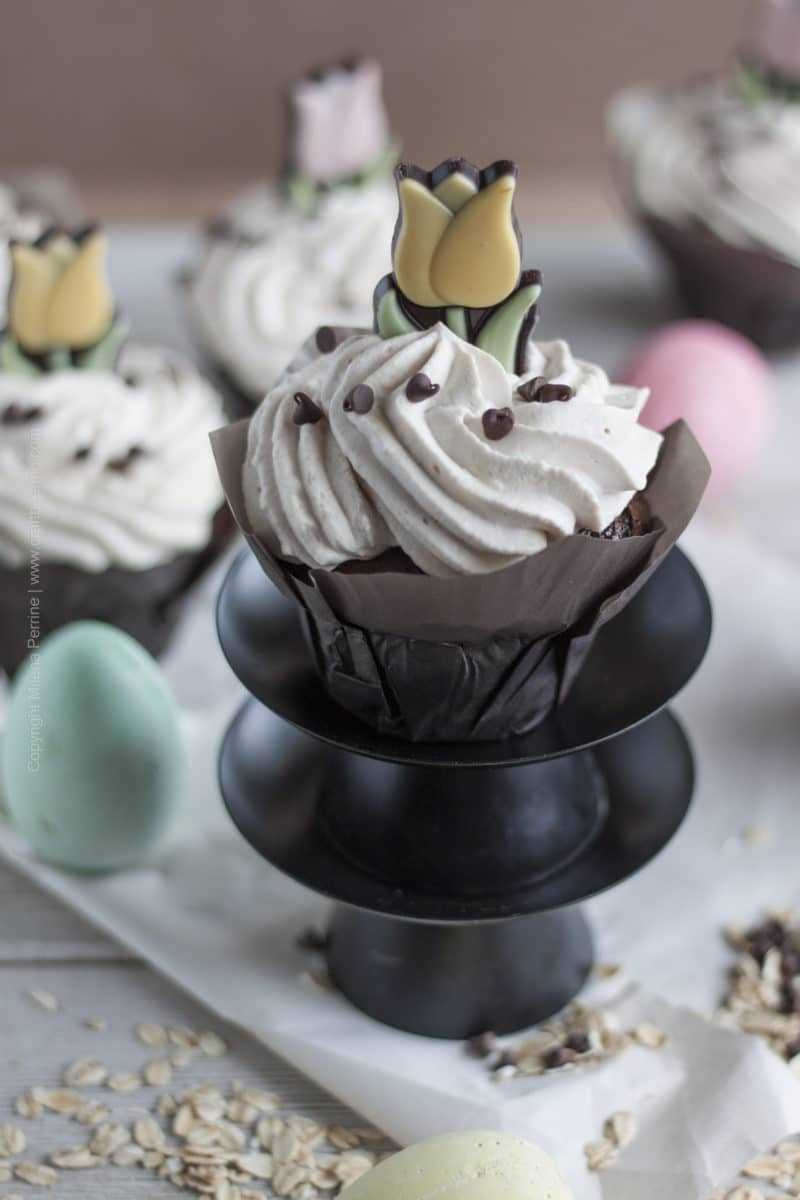 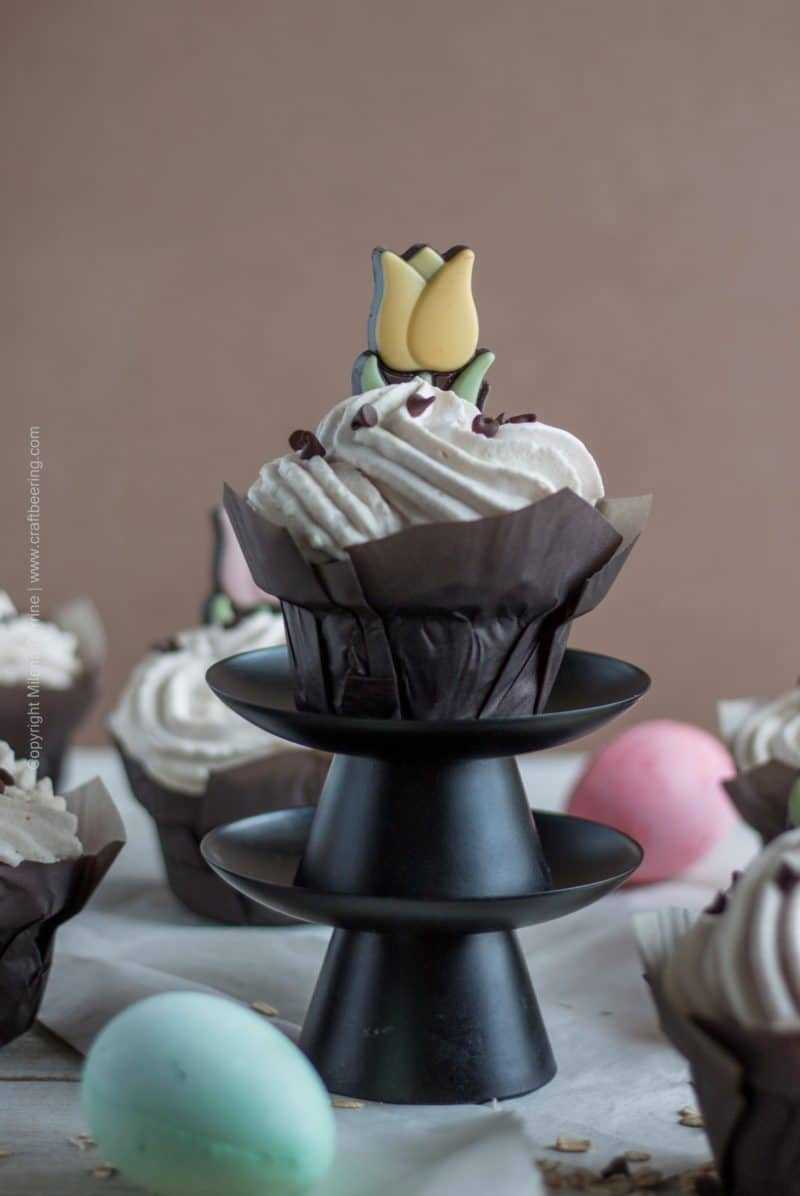 Another thing about these decadent stout cupcakes. The season/holiday/occasion does not matter one bit. Change the decorations. Change the props. Even use a different but similar oatmeal stout (just be sure it is similar, not too hoppy, not an imperial oatmeal stout)… As long as you stick to the recipe, as long as you use oat flour and Mascarpone cheese…Everyone will love you for introducing them to these. 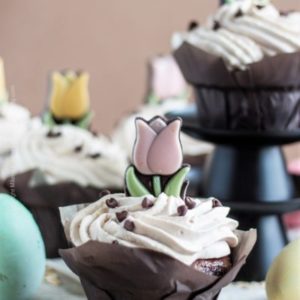