Throughout its history, spanning over three centuries, Oktoberfest has been cancelled more than twenty times. Most frequently wars were to blame, but inflation and epidemics were among the reasons for previous cancellations.

The world’s largest folk and beer festival was first celebrated in 1810 to mark the wedding of the Bavarian crown prince Ludwig and Therese Charlotte Louise, Princess von Sachsen-Hildburghausen.

It was held at the fields in front of the city gates of Munich and was attended by both nobility and the common people. The festivities included horse races, a parade, free food, dancing and open door theater performances. 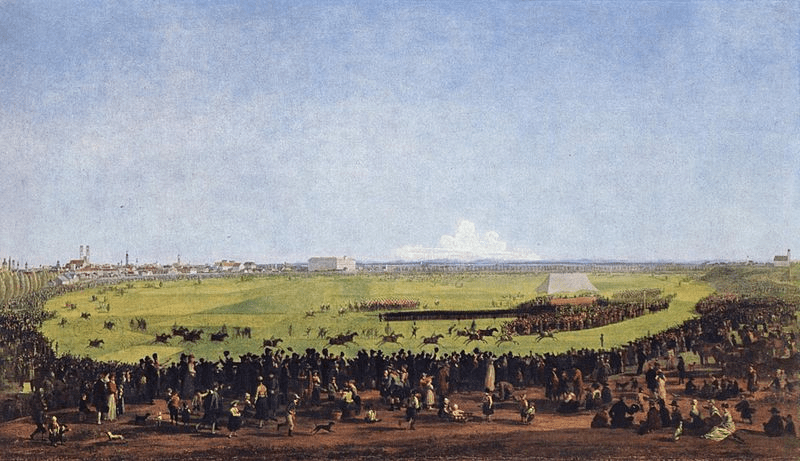 The wedding celebration doubled as a national unity event for the young Bavarian kingdom and its success was so great that it was decided for an Oktoberfest to be held annually.

Even as it grew in size and popularity the festival had to be cancelled on multiple occasions in the years that followed.

1813 The fourth Oktoberfest had to be canceled due to Bavaria’s involvement in the Napoleonic wars.

1854 In this year a cholera epidemic spread in Munich and other European cities, following the First General German Industrial Exhibition in July 1854. Oktoberfest was cancelled due to the outbreak. The cholera also claimed the life of Queen Therese and the festival grounds were named after her – Theresienwiese.

1866 The Austro-Prussian War (also known as the German Civil War and the Seven Weeks’ War) was the reason for the cancellation of the festival even though peace was made on August 23.

1870 The Franco-German War was waged and Bavaria joined it by entering into an alliance with the North German Confederation.

1873 Another outbreak of cholera ravaged Munich and Oktoberfest was not held.

1914 to 1918 The First World War made Oktoberfest impossible.

1919 and 1920 In these difficult post war years only smaller versions of Oktoberfest, known as Autumn Fest, were held in Munich.

1923 and 1924 Hyperinflation made Oktoberfest impossible. After dropping the gold standard to pay for its participation in the First World War, Germany faced massive devaluation of its currency, the historic Weimar Republic hyperinflation.

1938 Hitler had Oktoberfest renamed to Großdeutsches Volksfest (Greater German folk festival) and his subordinates interfered with how the event was held (many said he stole the Oktoberfest).

1939 to 1945  Once again a war, this time the Second World War, was the reason for not holding Oktoberfest.

1946 – 1948  Once again smaller Autumn Fests were held as a replacement for the big event as Germany was recovering from the war.

2020 The Corona virus pandemic forced the cancellation of Oktoberfest as a preventative measure. On April 21, 2020 Bavaria’s Prime Minister Markus Söder announced in a joint press conference with Munich’s Mayor Dieter Reiter that it even though “it hurts” the “largest and most beautiful festival in the world” is being cancelled due to the risk of infection.

2021 Once again COVID-19 was the reason for a cancellation of the Wiesn festivities which would have otherwise taken place September 18th – October 3rd, 2021.