Easy Oktoberfest party tablescape you can put together without too much effort. 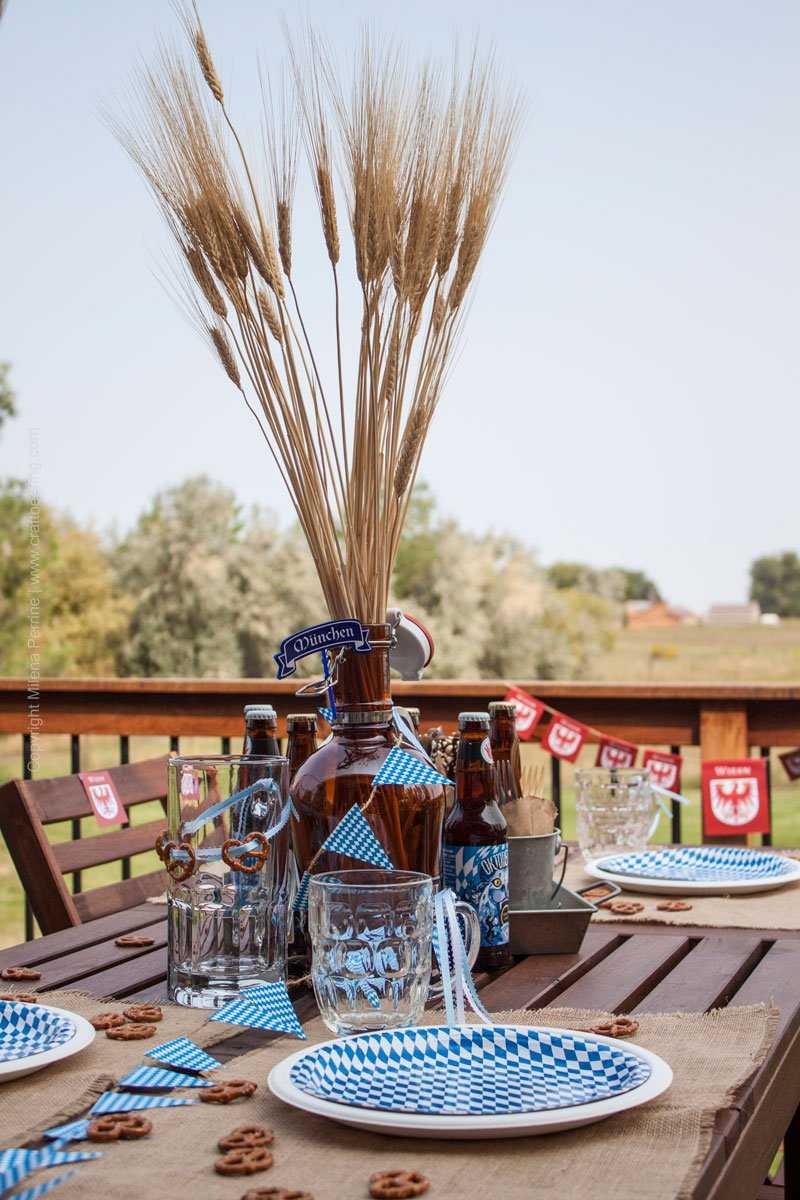 Right now though – our focus is on Oktoberfest.

Yes, it is possible to feel very grateful for the marriage of two people that took place back on October 12, 1810. Regardless of his marital indiscretions, one has to acknowledge King Ludwig I and his good taste in women, for princess Therese of Saxe-Hildburghausen was a famous beauty and a smart lady and was definitely worth the celebrations that gave rise to centuries of Oktoberfest festivities.

Thank you Bavarian (and by extension all German) people for so enthusiastically embracing and for so generously sharing Oktoberfest with the rest of the world. Beer truly is an omnipotent unifier! 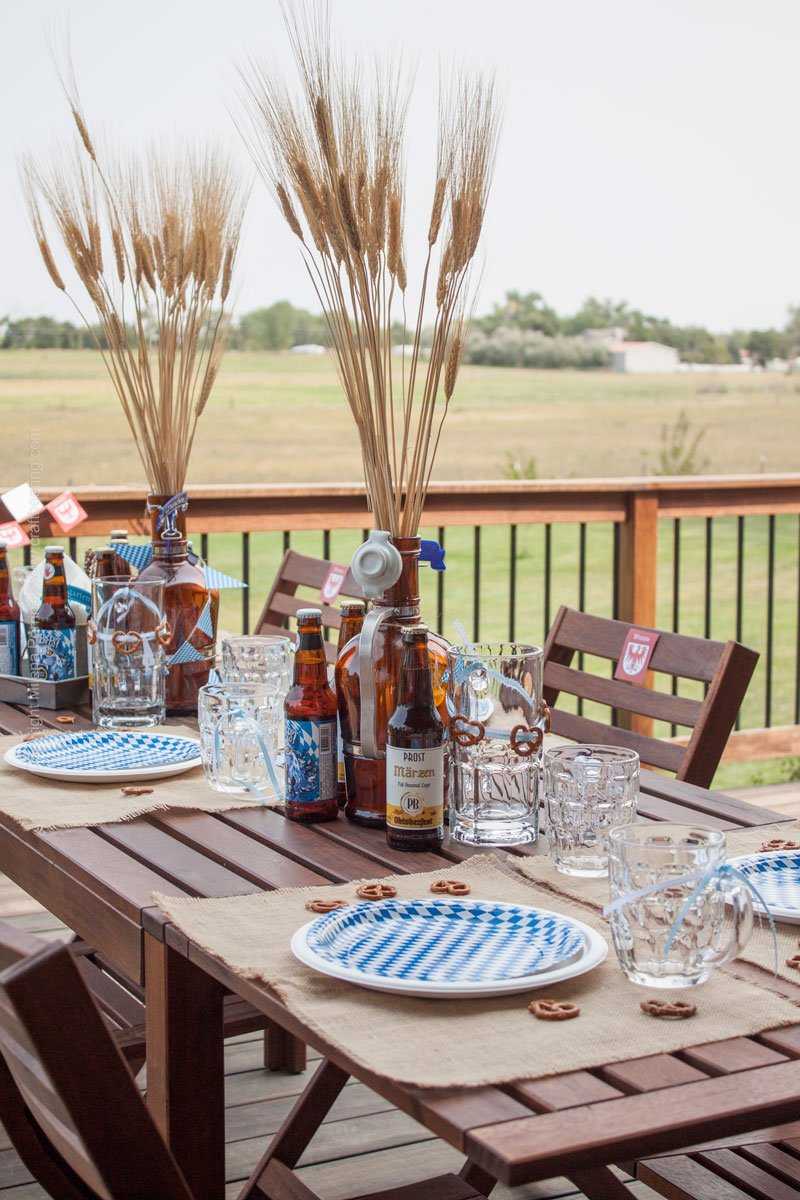 …and we shall waste no time at all pouring a beer while waiting for the guests and the food to arrive! That first beer before a party officially starts always tastes best, right?

Some of our guests will show up bearing platters of gorgeous, drool-worthy Oktoberfest food:) Yeah, we know who to invite. Stick with us 🙂 And we are fully stocked with napkins and have plenty of beer to go around! Proper craft beering takes serious planning. Especially the Oktoberfest Bash kind. 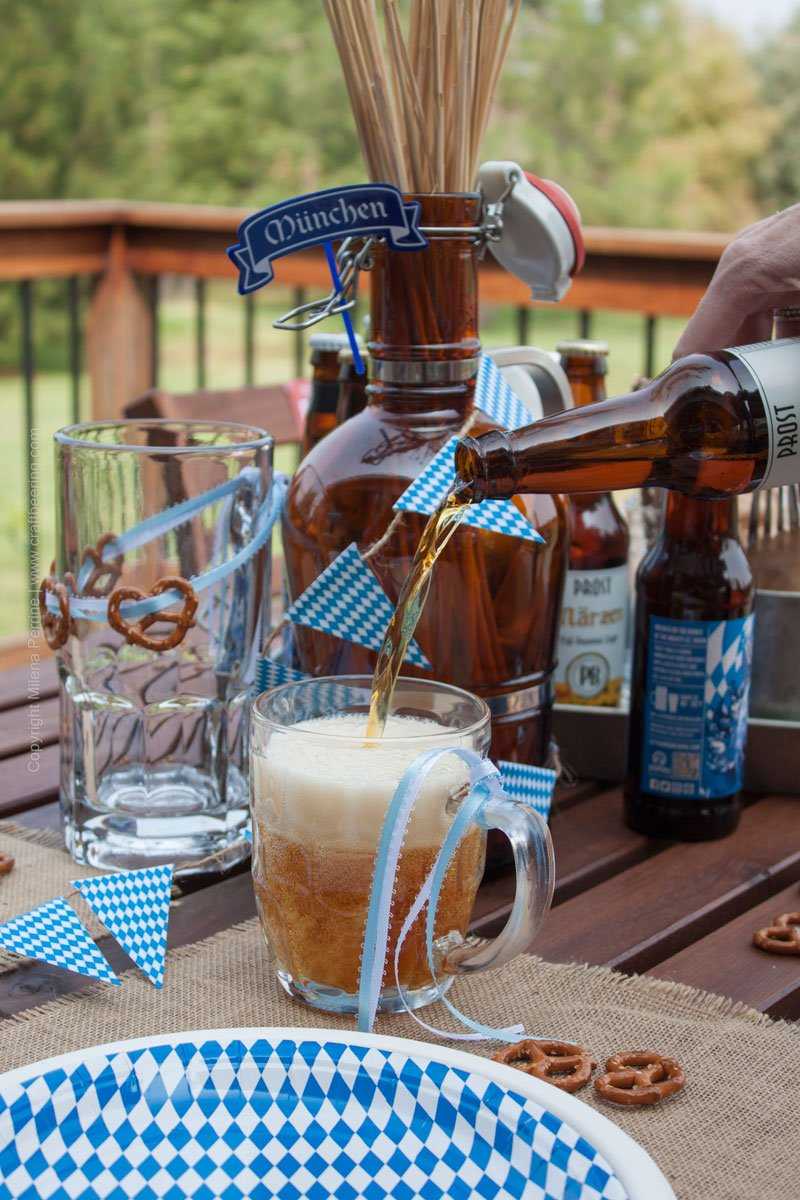 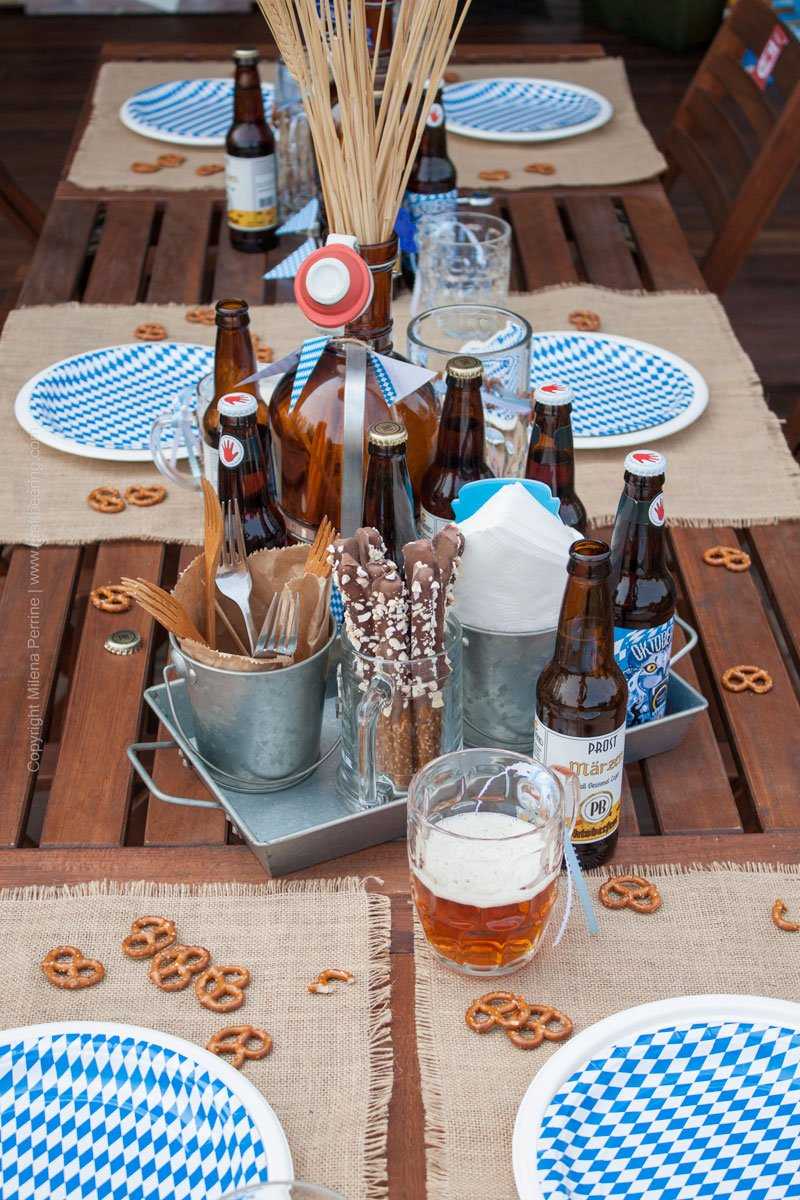 Let’s talk about the blue and white lozenge pattern on the table that is so symbolic of Oktoberfest decor. Both the colors  and the pattern have been associated with the Bavarian flag since the beginning of the House of Wittelsbach rule in 1180. Some Bavarians believe that they represent the beautiful Alpine blue lakes of Bavaria and the white clouds reflected in them. Later in history, the lozenge pattern was established as the banner of Bavarian armies, especially during the Napoleonic Wars.

The Story of Oktoberfest’s Wiesn (in four sentences)

The first sentence being – ‘What is Wiesn?’ 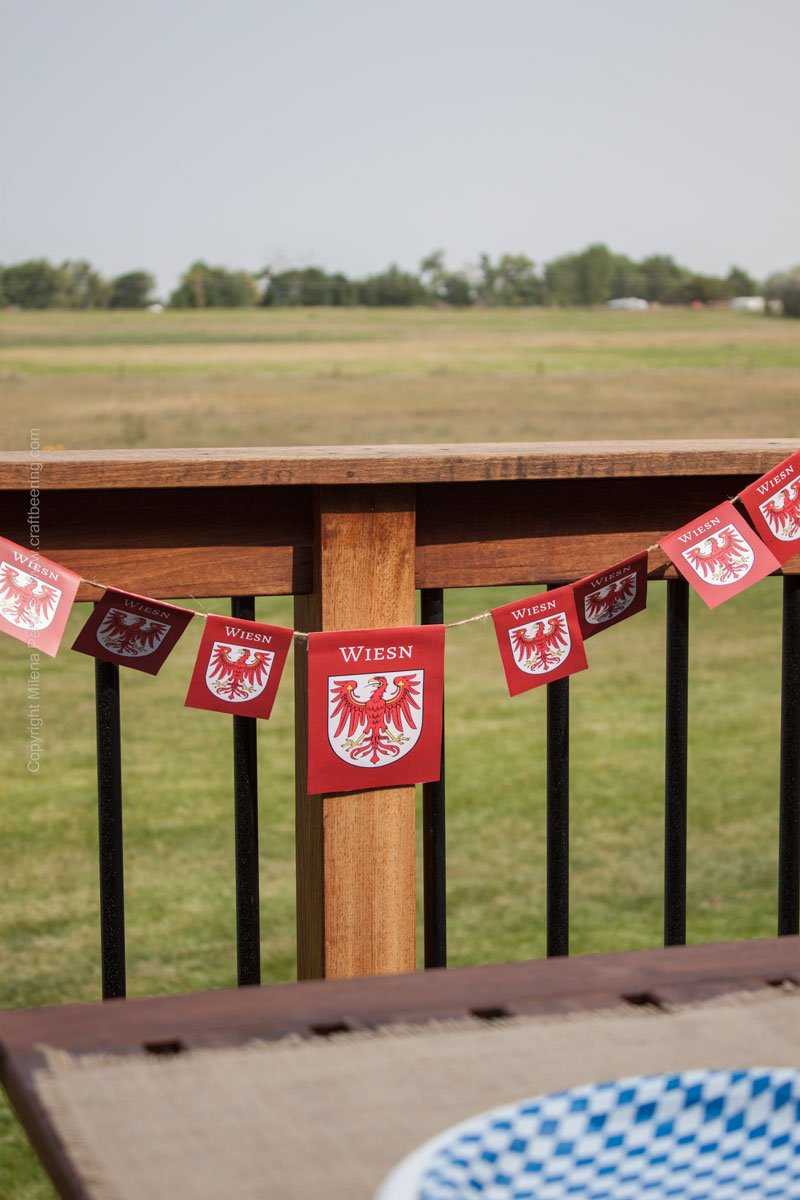 In short, Wiesn is the Bavarian dialect word for the German term Wiese, which means grassy open area or a meadow. The best way to translate it into English is to say ‘fairgrounds’.

The nearly 42 hectare grounds near St. Pauls Church in Munich where Oktoberfest takes place are referred to as “Theresienwiese” or the  fairgrounds of Therese. 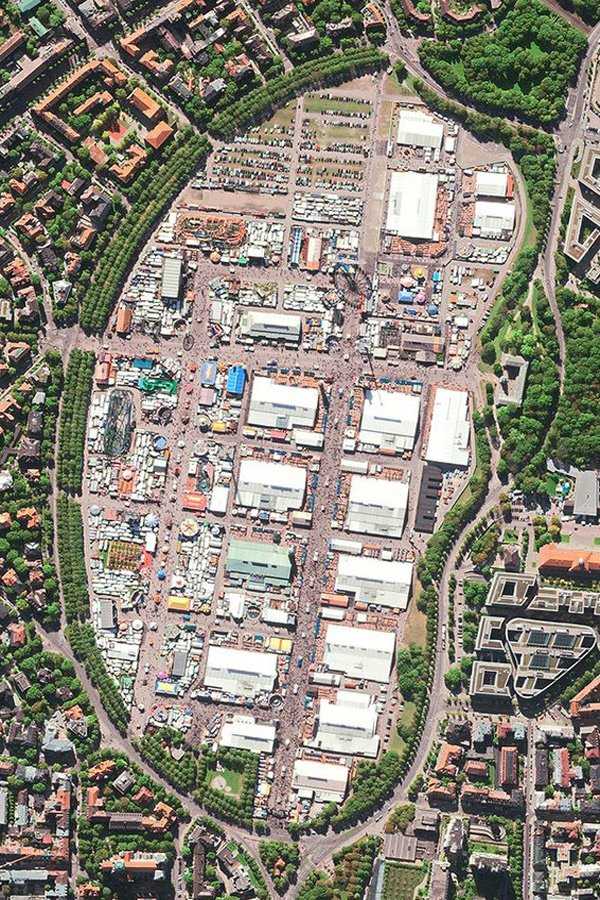