Our recipe for soft beer flatbread will not disappoint you. It might impress you. And it can deliver immense satisfaction, the kind that can only be obtained from warm, aromatic and tasty bread. 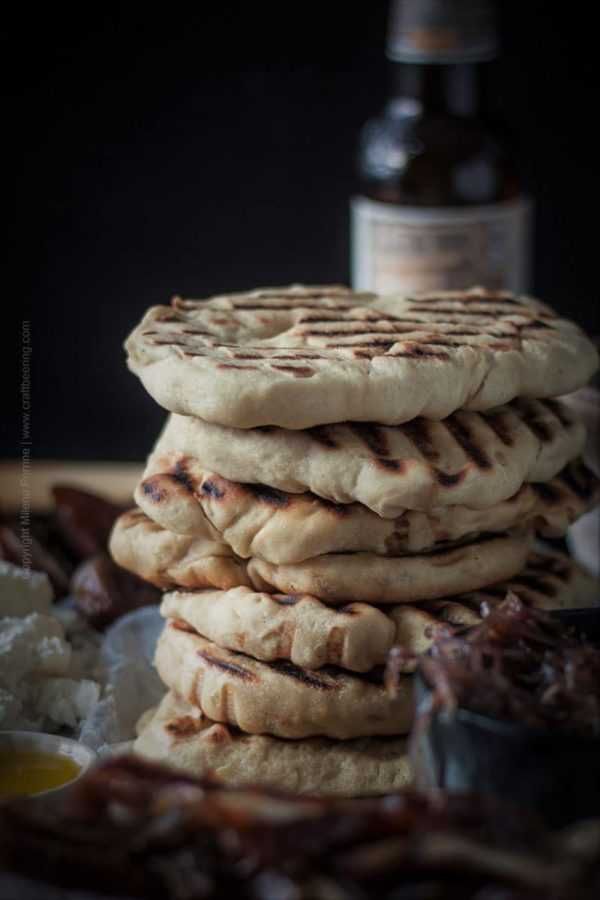 What Ingredients Do You Need for Soft Beer Flatbread?

And (highly recommended) some goat cheese, dates and caramelized onions to enjoy it with. Here is why. 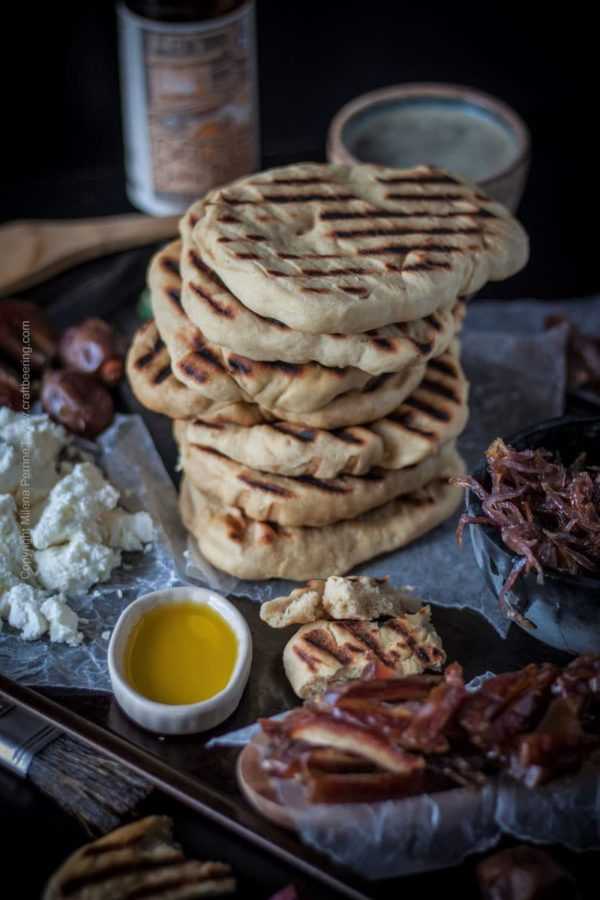 My urge to make soft beer flatbread tomorrow was sudden and overwhelming.

It came to me while I was reading a book a few nights ago.

I do recommend A History of the World in 6 Glasses by Tom Standage if you haven’t already read it.

It takes you from the very first human settlements and the advent of the first civilized drink – beer, to modern day Coca-Cola and globalization. It is not a brand new book, first published in 2005 so the dominance of health consciousness marking the last decade is not discussed, just the rise of bottle water consumption (and how bottled water is frequently found to be of inferior quality to tap water). Regardless, it is a fascinating book and I am glad that I came across it, even if late.

The opening chapter on beer tells the story of the ancient civilizations of Mesopotamia and Egypt where beer was used as form of payment, was the reason for the emergence of record keeping (writing) and people used to greet each other by saying “bread and beer”.

‘the standard issue of bread, beer, dates and onions, sometimes supplemented with meat or fish and with additional vegetables”.

That was it. This one phrase triggered a mental image of indulging in a simple ‘standard issue’ meal of fresh bread, dates, onions and beer. Go figure.

I also thought that the bread should definitely be flatbread and the onions could be caramelized and accompanied by some cheese – goat cheese. They did domesticate goats and sheep in those parts of the world and learned how to make cheese. 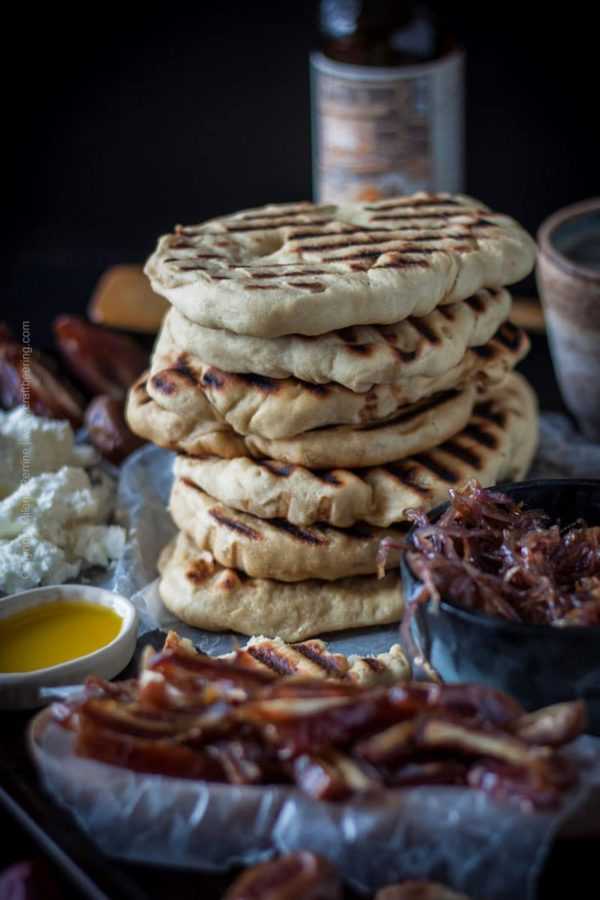 Flatbread has always been there

I contemplated using a recipe for Bulgarian purlenki that I have from my grandmother. One of few recipes I have in her hand writing. She made them with beer.

Purlenki are the version of flatbread Bulgarians make. They are soft and leavened with yeast. Except for the yeast is moist and is sold in little cubes. Not something I could buy here. So I asked Chris for help and he gave me a great recipe for grilled soft beer flatbread that yields one hundred and sixty pieces per batch. He uses it when people order the Mediterranean buffet for bigger events.

Don’t worry, we scaled it down and it works perfectly:) 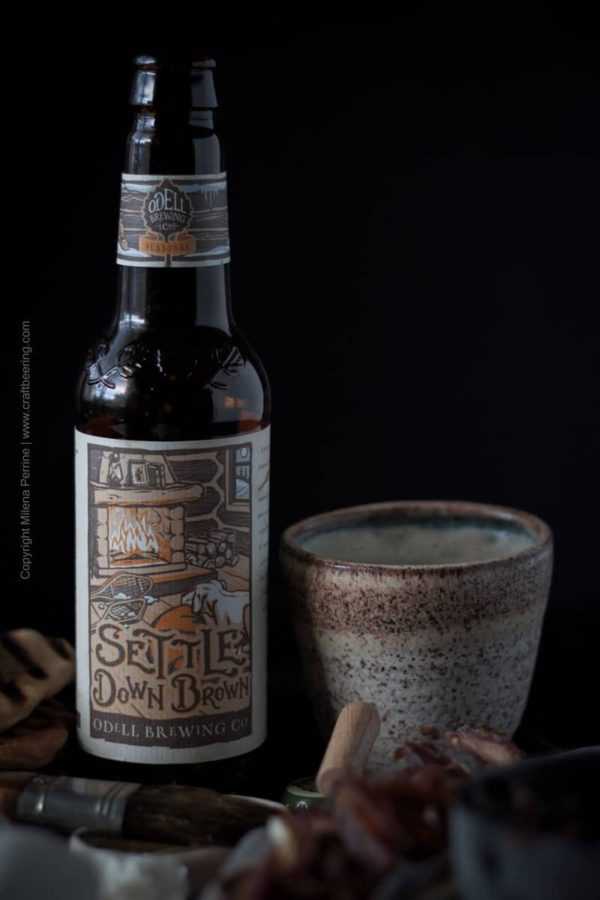 Choice of beer for flatbread

I wanted to use a dark and sweet ale. There was no hopping thousands of years ago nor were there modern kilning methods.

We had a seasonal brown ale at home, recently introduced by Odell Brewing and bearing the poetic name Settle Down Brown. Pleasure to drink by the fire at the end of a cold winter day, especially if you happen to have a wood burning fireplace. It is also a very attractive candidate to use in recipes, being sweet and malty.

In partnership with the brown sugar in the recipe it gives the soft beer flatbread a darker color. I haven’t exactly studied the history of bread, but I am pretty sure that white bread is a very, very new phenomenon on its timeline.

So as you choose a beer for yours – go with something that is closer to the original brews of mankind, the ales Ninkasi brewed. Definitely a strong malty backbone, perhaps dark fruit notes and most certainly toasty notes. 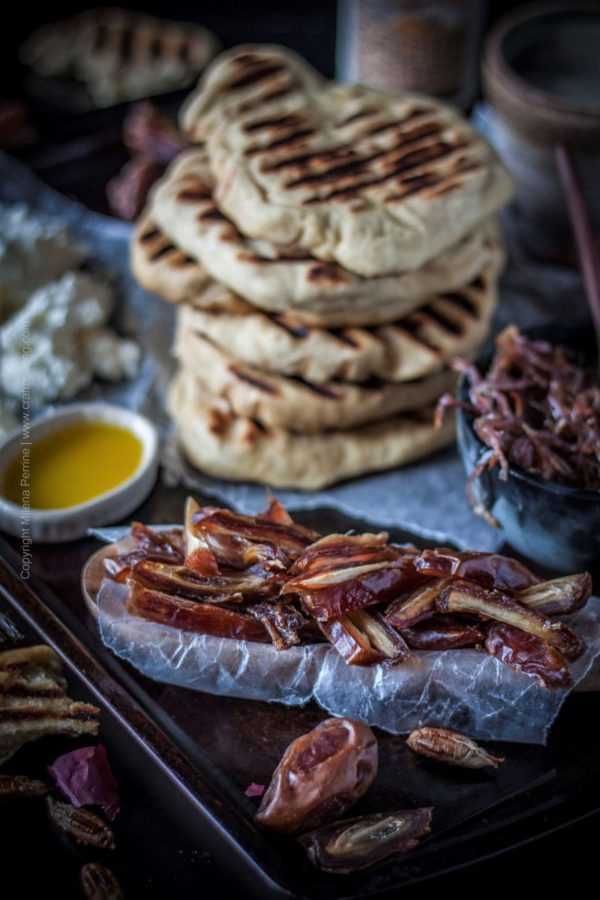 Whatever the beer you choose for your flatbread, once you make it I assure you – this is a complete meal.

Tear a piece of the soft beer flatbread while it is still warm. Brush a bit of olive oil on it, add a bit of goat cheese, some caramelized onions and a piece of date.

Yield to the ensuing simplicity and wonder of the flavors in your mouth and chase with a sip of beer. Settle down and keep going, keep going… 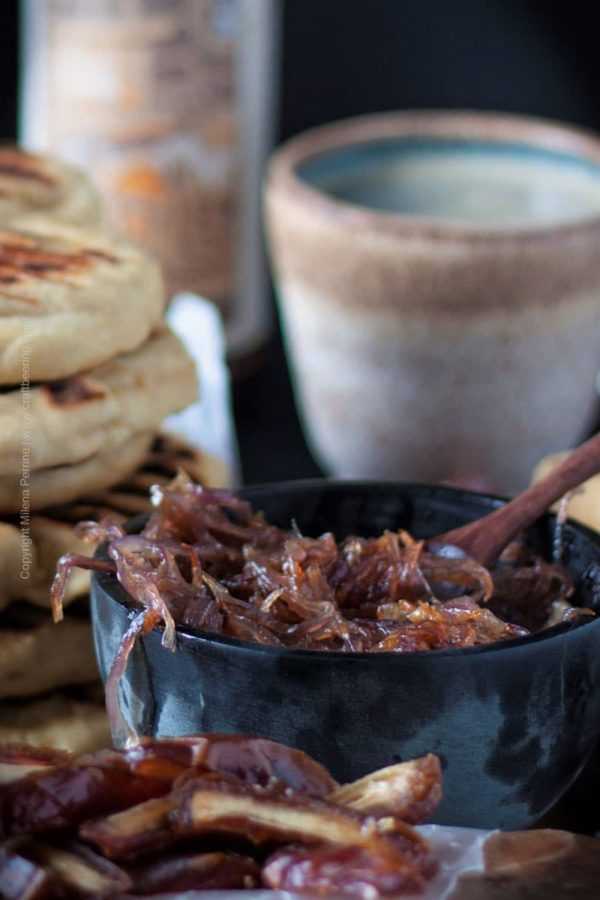 Now on my radar is to make this awesome soft beer flatbread with sprouted wheat flour which is supposed to be more nutrient rich and easier to digest and see what happens. If the results are better than from using all purpose flour I will update this post or put together a new one.

*This post contains affiliate links which help support our blog at no cost to you. 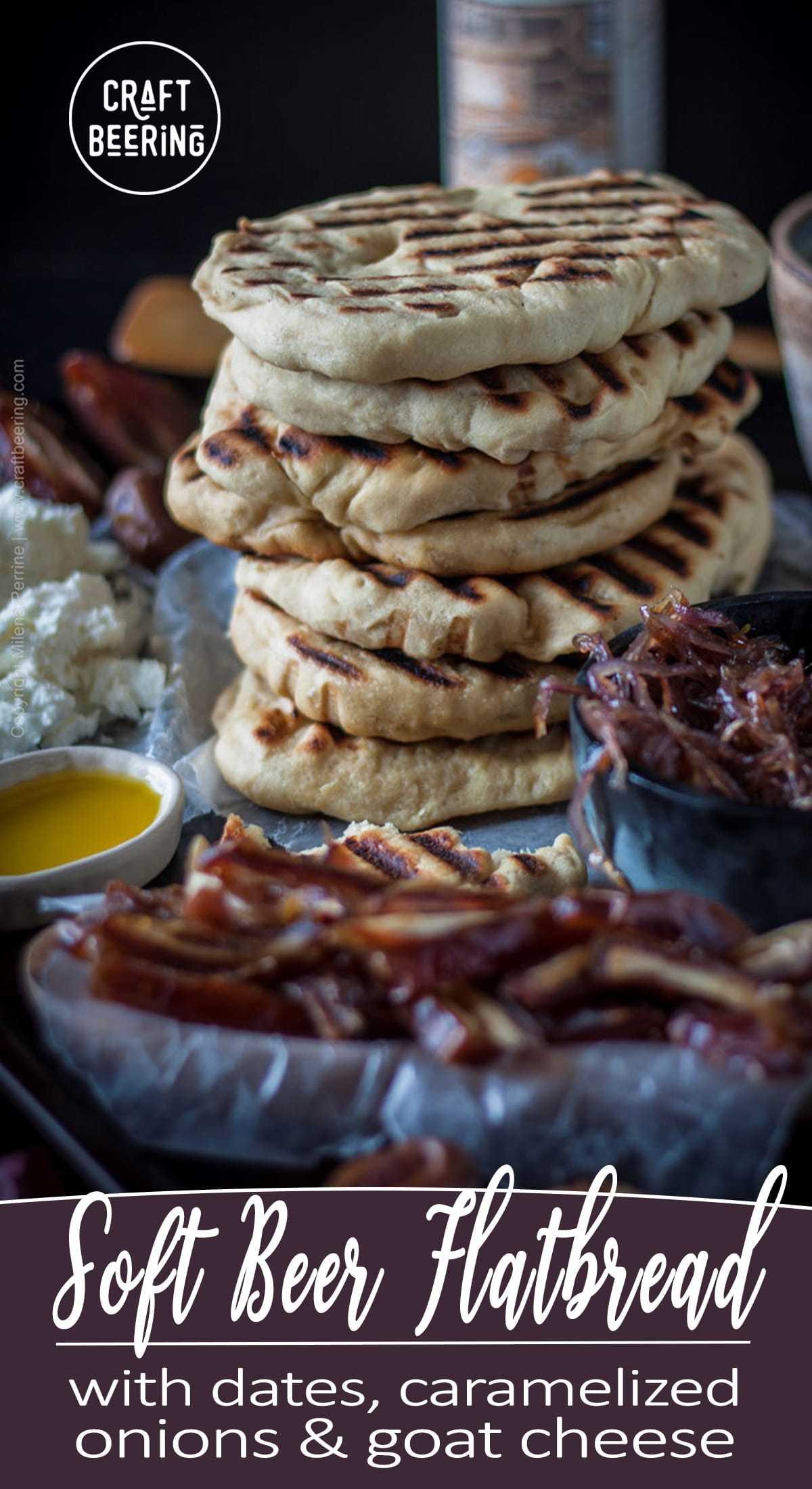