A Dragonglass cocktail fit for the one true king. This is the Perrine craft beer cocktail offering to all Game of Thrones fans, including all future ones. 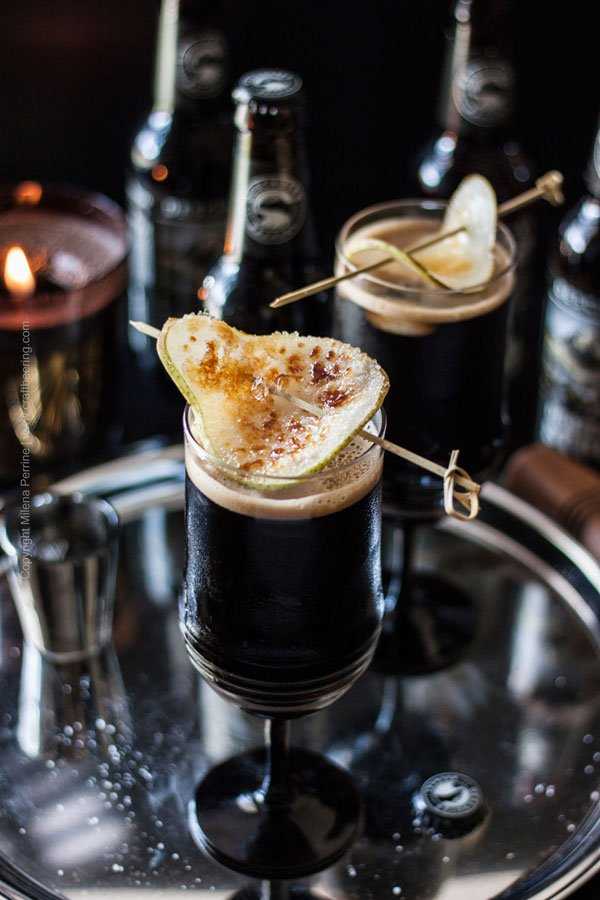 It is reeeaaally good. Make yourself one and you will instantly know what we are talking about.

With a dragon lost to the army of the dead, to be ridden by the Night King… it seemed to us that a whole lot of dragonglass and miracles would be needed in addition to unlocking  Jon Snow’s (ahem, Aegon Targaryen’s) true potential.

For us watching Viserion’s blue fire destroy a massive part of the wall demanded courage, hope and Dragonglass cocktail support…We did what we had to do.

You may have already figured out that we have a soft spot for Deschutes Brewery in Bend, Oregon. We nearly moved to Bend a few years back and the breweries (Deschutes leading the proverbial pack) were a major part of the town’s appeal to us. Before even considering that move, I was obsessed with making stout ice cream and my favorite brew to use was the Deschutes Brewery Obsidian Stout. I went with it every two times out of three during the lengthy duration of my obsession…

I have one word for Obsidian Stout – lustrous. Two of my favorite malts (Munich and Carapils) are just a part of the rich grain bill and the hops selection is masterfully crafted, featuring the luxurious resiny bitterness of Nugget hops.

Obsidian Stout is smooth, potent in flavor, mysterious, dark and has the power of fulfilling promises. What better beer is there to conceive a Dragonglass cocktail around? 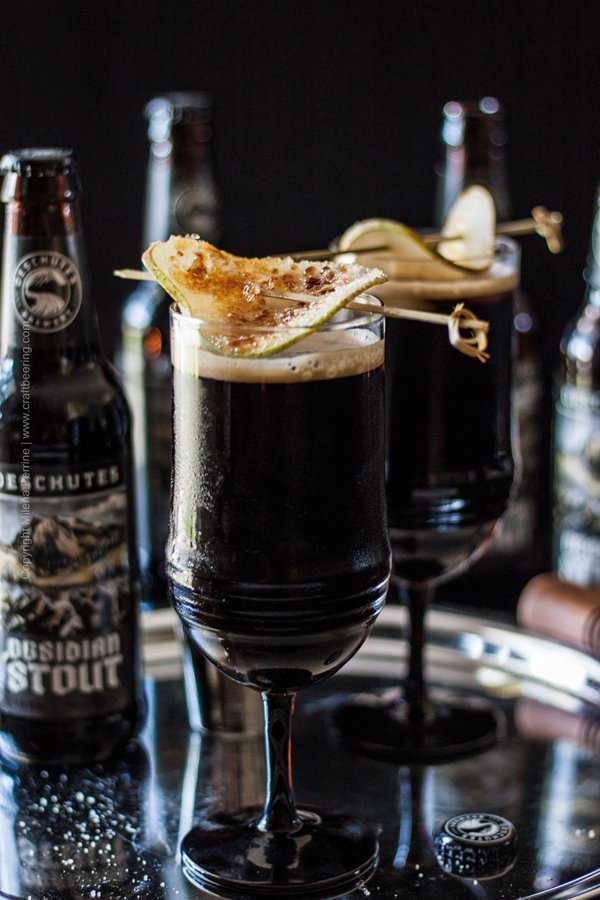 And you have to bow to the mysteries and sheer might of obsidian itself. Did you know that blades crafted from the volcanic glass are many times sharper than blades made of steel?

Along this line of thought we decided that whiskey with its strong spirit would be a great choice to fortify the stout in our Dragonglass cocktail. Ah…the partnership between the flavors here…Taken even further by prepping the palate with a crusty bruleed pear slice. Pears were created to be paired with whiskey, so true.

Don’t be shy with the whiskey. Your glass can embrace a shot and extend an embrace to you in its turn. 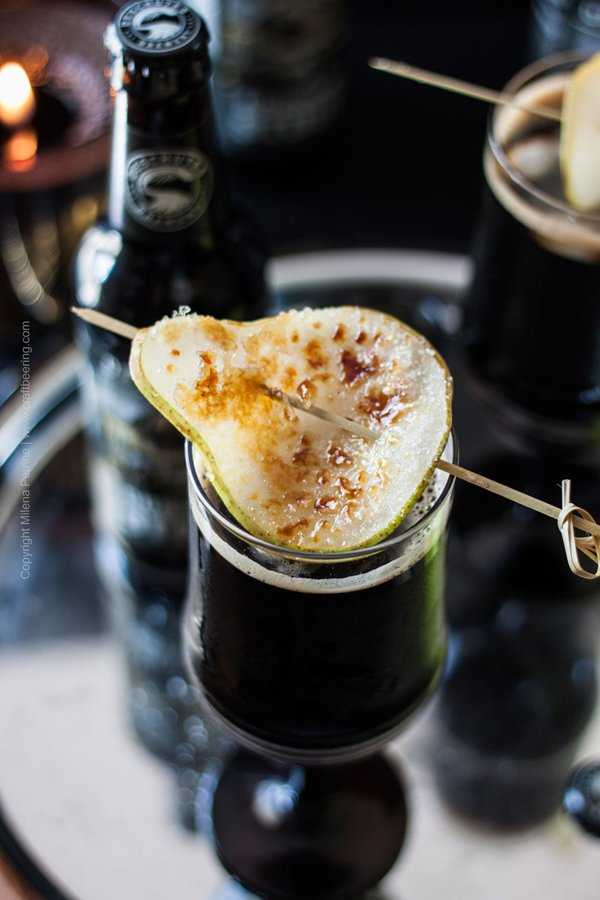 TIP: Go ahead and brulee a few extra pear slices. Definitely do it. The garnish alone will not feel like enough, trust me. I ended up dipping my skewered bruleed pear slice in the glass and it got infused with the most beautiful flavors from the Dragonglass cocktail. But then I wanted more.

Winter may be here, the dangers may be many, but we are going to drink in style.

By the way, here is what Chris thinks (and I feel like he might be right)… Jon Snow (we cannot get used to saying Aegon Targaryen yet) will turn Viserion back into a life loving dragon and in the process will defeat the Night King. That of course is many Dragonglass cocktail filled glasses ahead… GOT Season 8 cannot come soon enough. 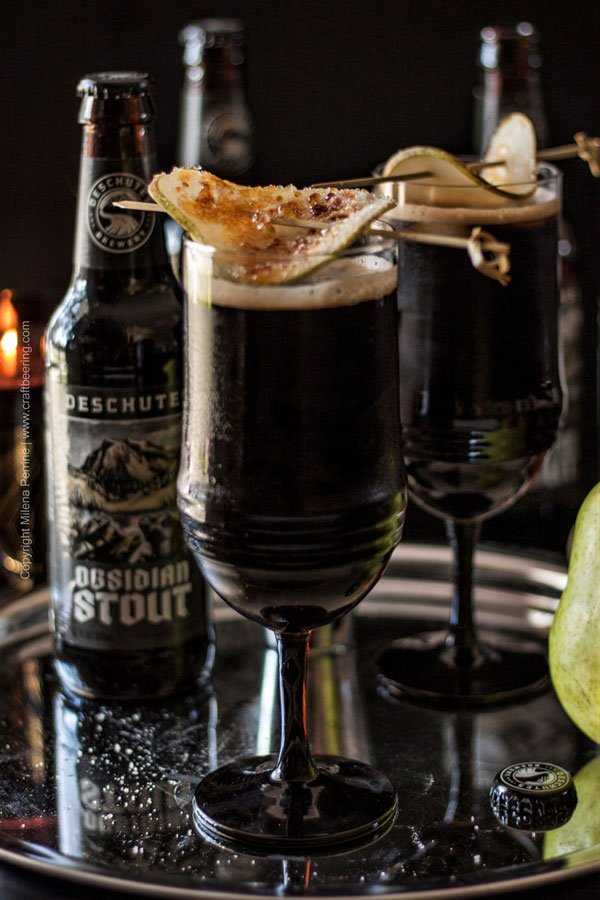