I present to you the Perrine sweet Hawaiian rolls beer French toast bake! Featuring an extraordinary bourbon oak aged blackberry Altbier and fresh blackberries. And brown sugar, of course. Way to have beer for breakfast! 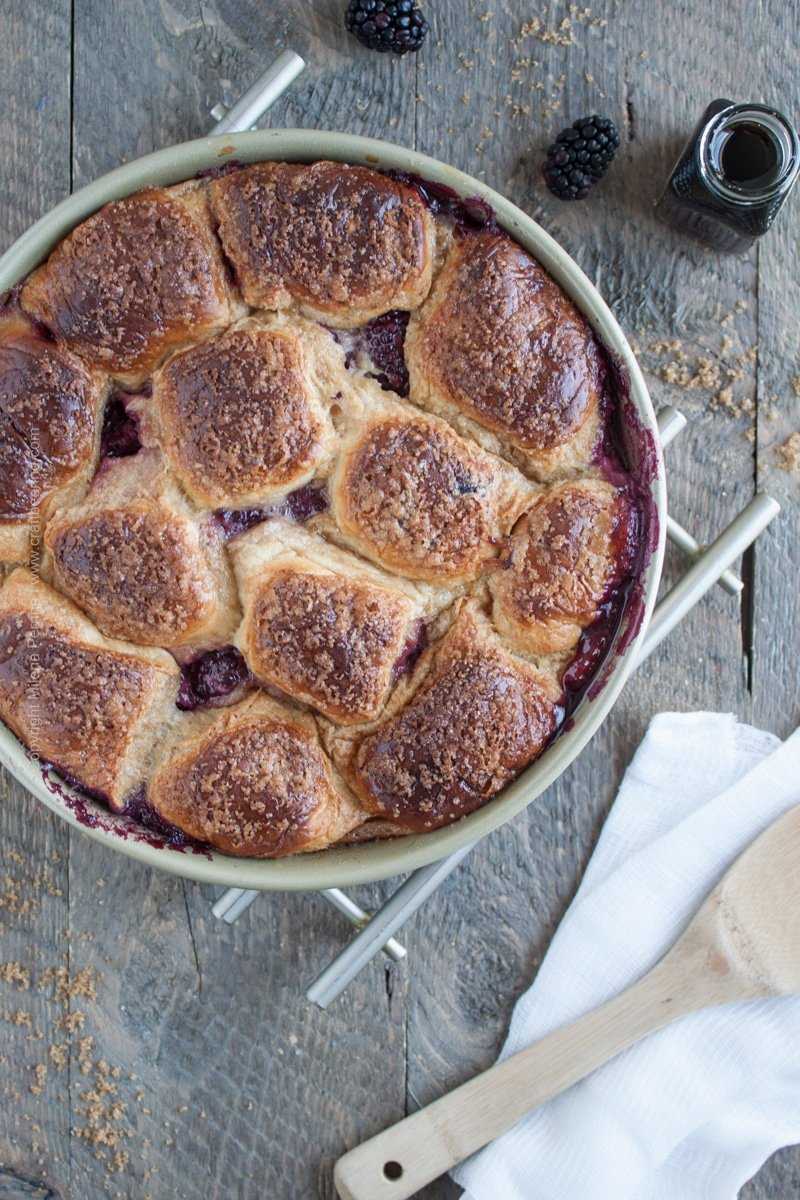 It is so sweet and so moist that you may not remember the maple syrup. The crunch of the caramelized sugar on top contrasts the softness of the rolls, seconded by the blackberries, which even though having released a lot of their juices during baking manage to stay in one piece and somewhat firm.

We make this specific version of beer French toast bake with store bought sweet Hawaiian rolls, but if you have a good recipe for those, by all means bake your own. Nothing like homemade. It is a good idea to let the rolls sit on the counter covered with a cotton towel for a few hours before you use them. Only so that they can dry out a little bit before use. The loss of moisture is much to the advantage of this recipe – it is later replenished by the beer, eggs and a tiny amount of cream that flavor this bake. 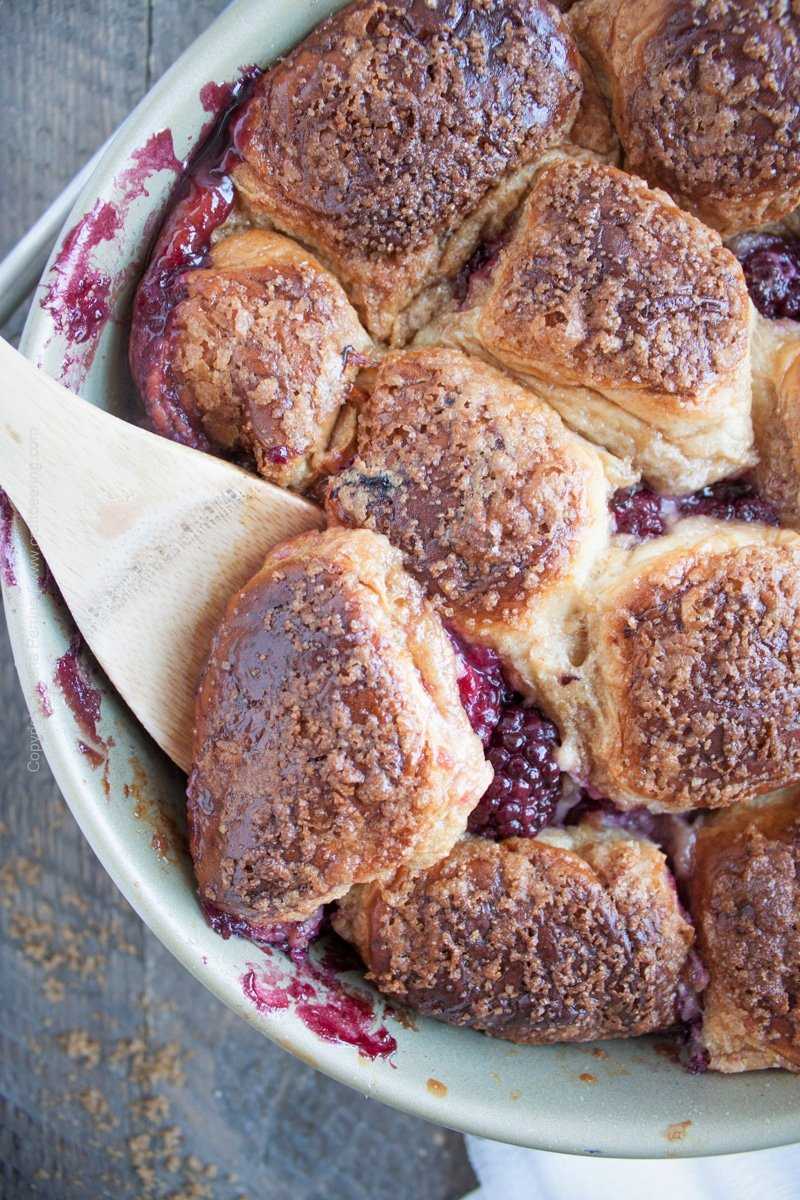 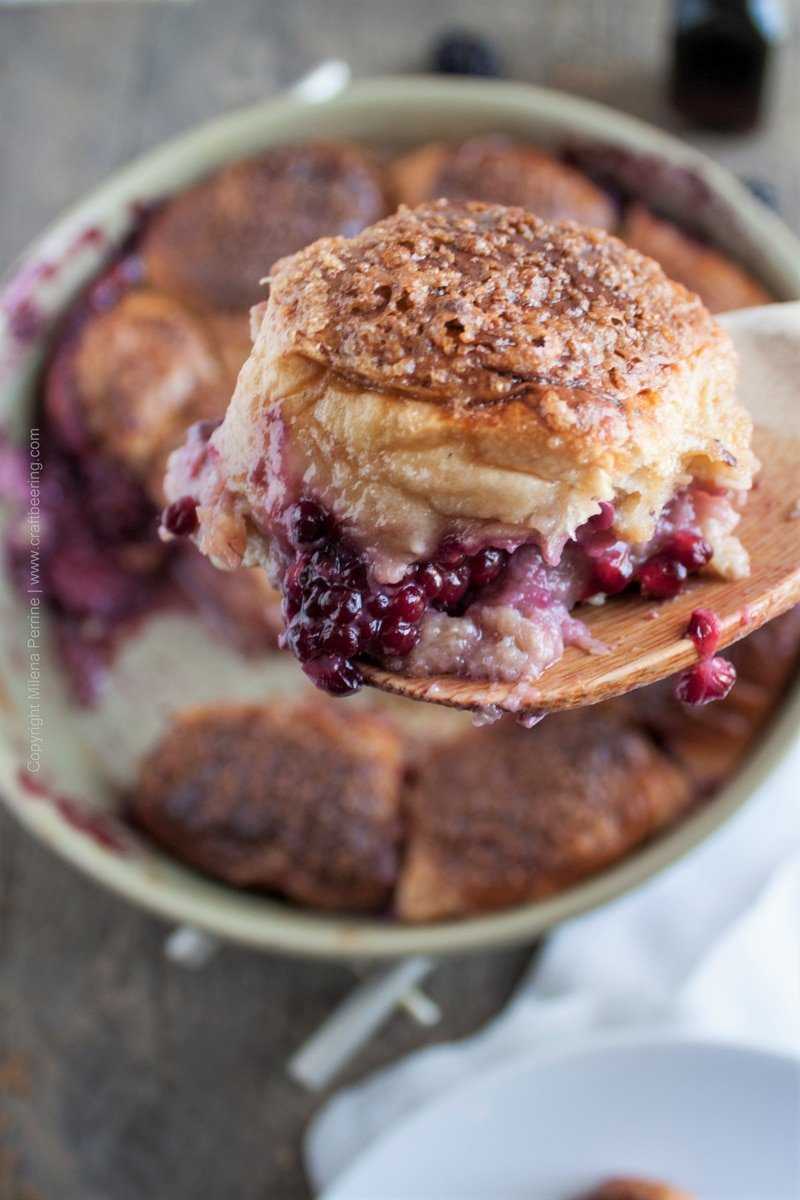 Chris brewed an extraordinary bourbon oak aged blackberry Altbier. He had wanted to make an Altbier for a long time and when he finally did just had to age it in bourbon soaked French oak chips and use blackberries in the second fermentation.

He did great, the beer tastes divine…I definitely lucked out in marrying him. This brew (his latest if not counting the Dunkelweiss that is currently being bottled conditioned) is one of his best ever. It rivals the Cherry Bourbon Ale he made last spring. Remember the Croissant French Toast Cups we prepared with it?

Altbier is a German style dark ale, top fermented by a special yeast strain that actually functions very well in cooler temperatures. A lagered beer with ale yeast in other words. It originated in the German town of Düsseldorf a few centuries ago and for the longest time didn’t have a formal name. In 1838 it was labeled Alt (literally ‘old’) by the proprietor of Düsseldorf’s Brauerei Ferdinand Schumacher – the town’s oldest brew pub.

The Altbier name gained popularity and is still used to describe the style today. In general Altbiers are dark, smooth, yet crisp and clean, with good carbonation and soft fruitiness. Low hop flavor and not very boozy. Average ABV tends to be just below or just over 5%. 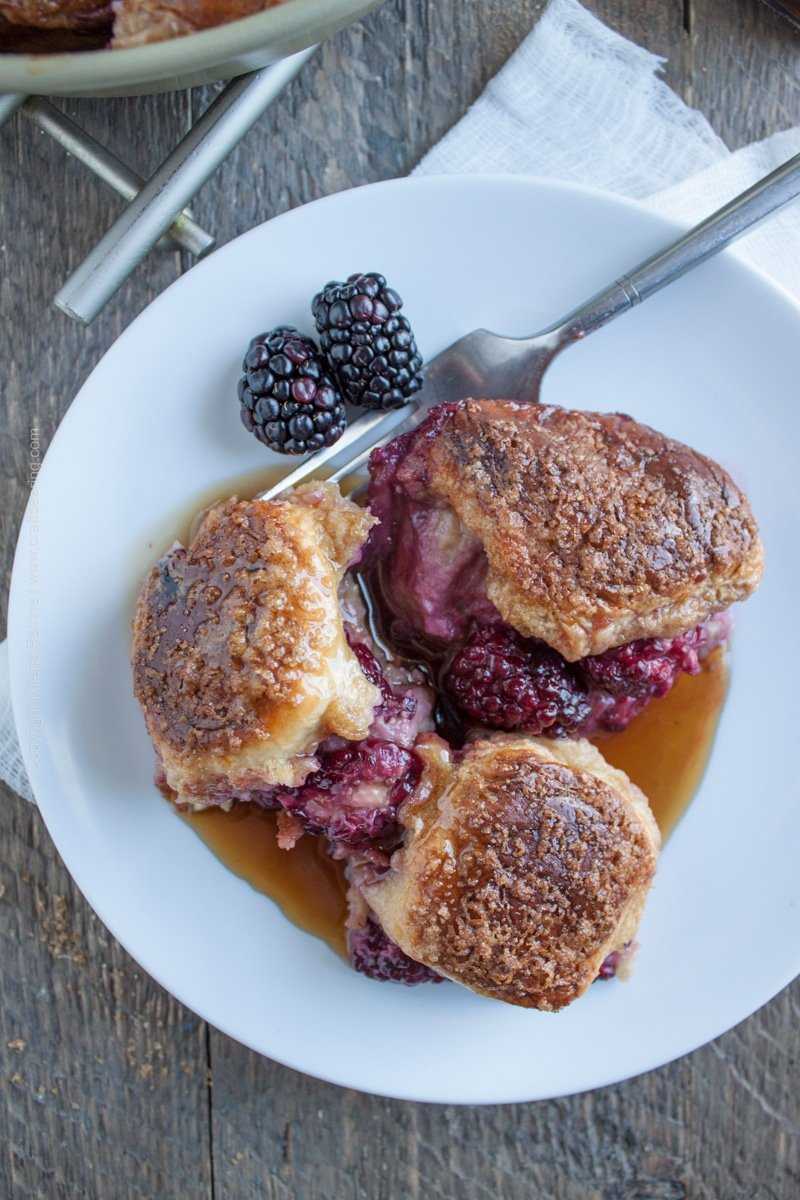 Clearly, we urge you to try Altbier when making this beer French toast bake if you can lay your hands on some. But since it is not the most popular style out there, use any one of the options we offer below as an alternative and select the fruit you want to add according to the yeast esters and aromas of your chosen beer. Or use nuts. Or coconut shavings.

Just make sure the bitterness of your brew is very subdued or absent.