Easily convert your fresh spent grains into spent grain flour you can use in recipes. 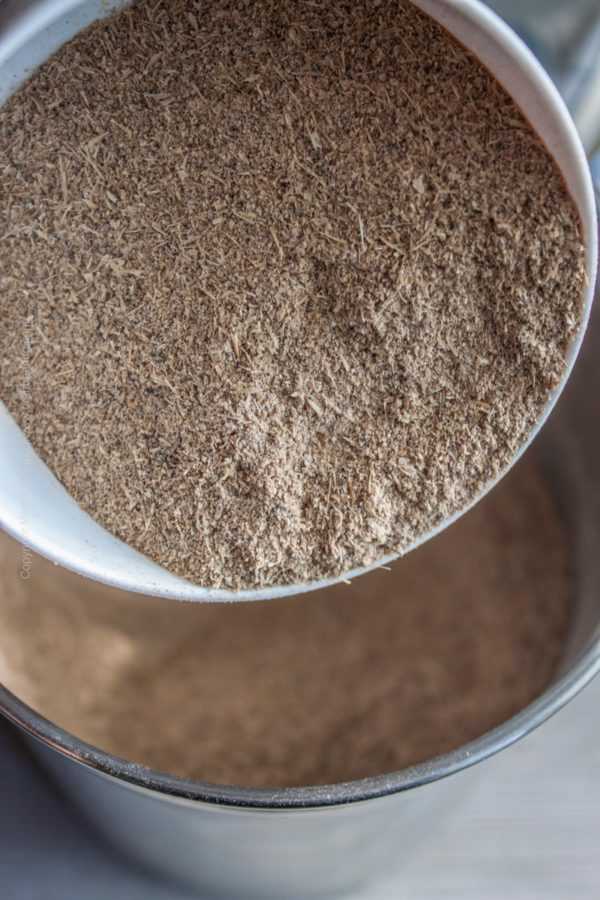 What is Spent Grain Flour?

Spent grains are the malts and other grains which remain in the mash kettle after the last sparge, or said simply – the main by-product of brewing.

Spent grain flour is the product of dehydrating and milling (or grinding) spent grains.

As long as you can get a hold of some fresh spent grains you can make your own flour to use in a variety of baking recipes. It is not the kind of flour you can use on its own. Typically only a small part of the flour needed in a recipe is substituted with it. But it does have its merits.

It is a nutrient loaded, fiber and protein rich flour with a pleasant, nutty taste. If you cannot find spent grains to transform and your recipe calls for spent grain flour – don’t despair, I offer an easy to find substitute suggestion.

How to Make Spent Grain Flour

Fresh spent grains, such as pictured below can be used in baking recipes in their wet state. A loaf of bread baked with the addition of fresh spent grain is very similar in texture and flavor to whole grain bread.

Freshness is key and the excess moisture must be squeezed out even when using the whole wet grains (they have up to 70-80% water content).

We typically bake something with fresh spent grain on the day Chris brews and once in a while I spend the following day prepping some of it to turn into flour. On those occasions we store it refrigerated overnight until I can tackle it.

I baked these Kahlua Spent Grain Choc Chip Cookies with part moist spent grain within two hours of mashing and I made this Spent Grain Skillet Cookie with our home made flour. 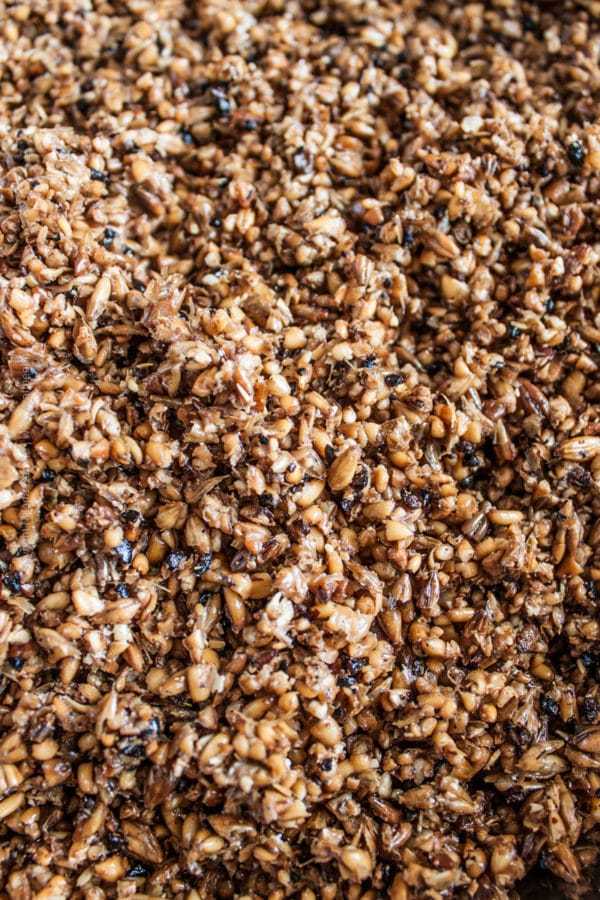 The simple process of making flour from spent grain entails:

How to Dry Spent Grain

Drying the spent grain is easy, even though it does require a (mostly passive) time commitment. Initially, you need to address the water content. I find it easiest to place the moist grains in a colander over a baking sheet (so often they will be dripping wet in the beginning) and let them sit for awhile. As the liquid content moves to the bottom, pressing on the grains with my palms releases it through the colander’s holes. Applying pressure to handfuls of spent grain (i.e. a good old fist squeeze) is an even more effective method.

You can also consider using a large cheesecloth and tie portions of your spent grain in it, twisting until the moisture is released. Once you have extracted as much of the water content as you can from the grains you need to enlist the help of a dehydrator or your oven to further the drying process. 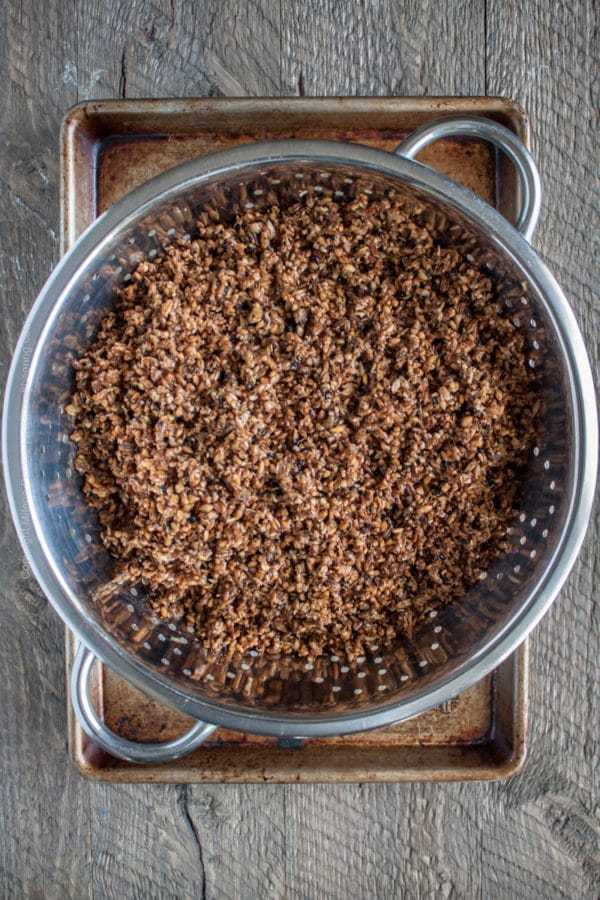 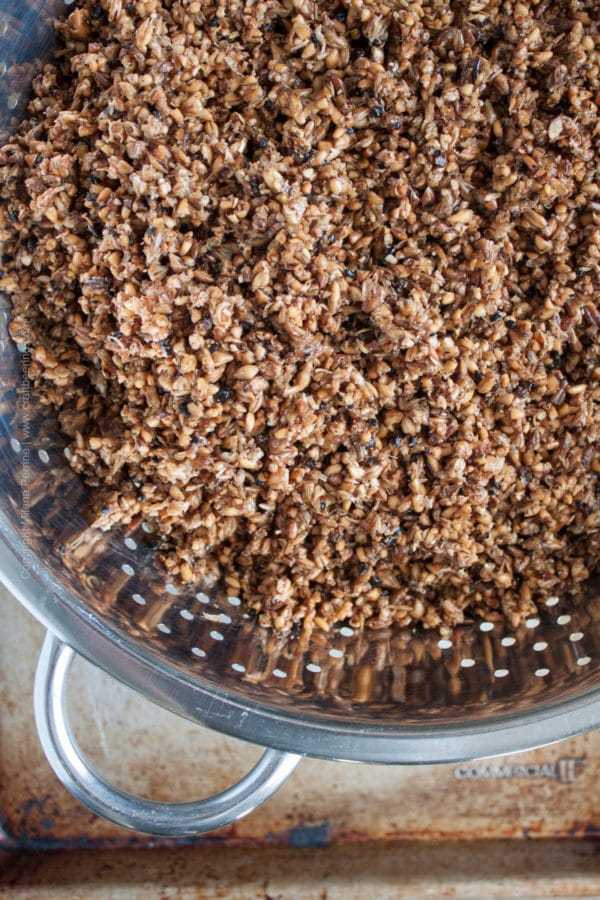 I usually spread the spent grains over baking sheets and dry them in the oven. I typically do six baking sheets at a time and set the oven to its lowest setting (150°F).

The goal is to drive all residual moisture out and completely dehydrate the spent grains, not to roast them.

I recommend that you set a timer for about two hours into the drying to remind you to move the grains around the sheets a bit and help them dry more evenly. Four to six hours is typically enough, depending on how much moisture you were able to squeeze out prior to spreading the spent grains on the baking sheets and how thick you spread them.

Something like this below works perfect for me, just over five hours of drying at 150°F is usually enough. 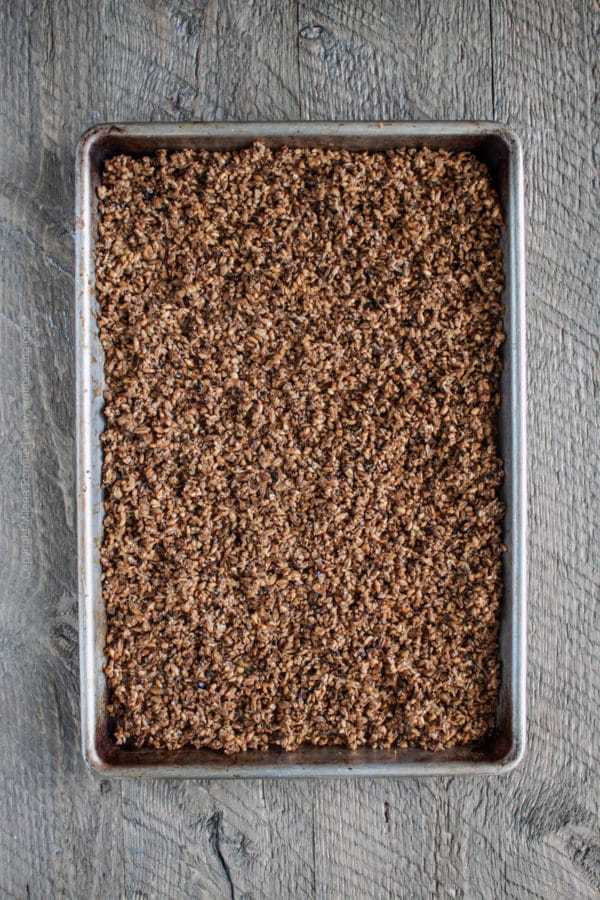 And here is what the dried grains look like after their stint in the oven. 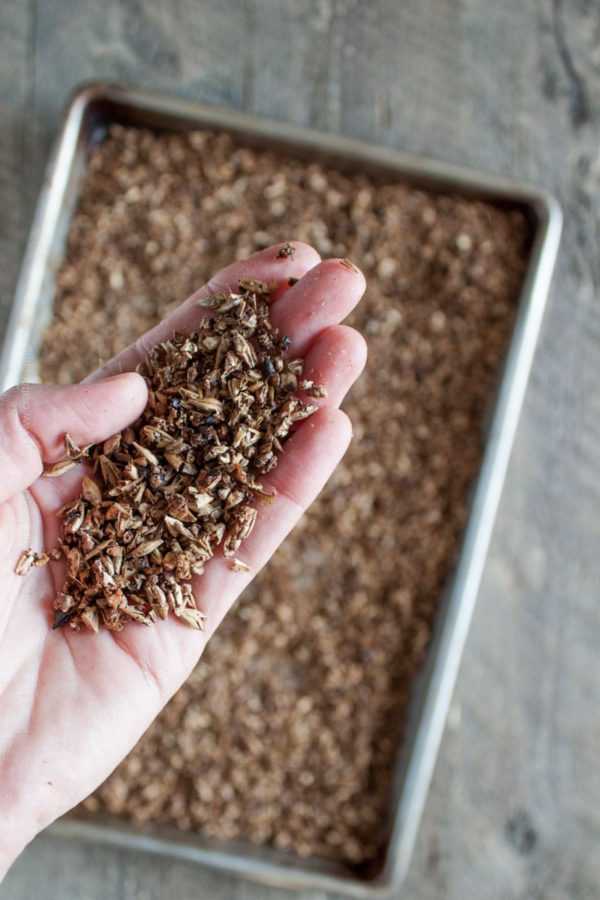 These dehydrated spent grains were from a dunkelweizen grain bill and include Munich dark malt.

*Once the grain has dried and is out of the oven allow it to cool off and then proceed to mill/grind it into flour. Work in small batches and use the highest setting of your blender. Occasionally, check the flour’s progress. Grind until it reaches a reasonably fine consistency.

Where to Get Spent Grain?

If neither situation applies to you, then there is probably an independent craft brewery near where you live. The folks who work in small breweries are typically happy and generous and if you ask nicely they will probably tell you on what day they brew and give you a bagful of spent grain free of charge if you stopped by.

Can you Buy Spent Grain Flour?

Suppose you cannot find spent grain or do not feel like drying it and milling flour. Can’t you simply buy the stuff, already milled?

It is not unusual for some craft breweries, especially ones that have a complimentary food service facet to their business to make spent grain flour in house. Sometimes they use it in baked goods, sometimes they even sell it to their patrons or other small businesses like bakeries. There could be a brewery that does that already near you.

With spent grain flour growing in popularity, Chris and I expect to see it become more readily available. Perhaps a major milling operation will get in the game? Bob’s Red Mill, I am looking at you:)

The problem with fresh spent grain is that due to its high moisture content it is prone to spoilage (and fast) and it is quite heavy and bulky to transport. As more breweries add the equipment to dry it shortly after lautering is completed, transporting dried spent grain to milling operations is not too far fetched of an idea. Especially given it’s high nutritional value.

How to use spent grain flour

Typically spent grain flour is combined with other baking flours and wet ingredients in various dough and batter recipes for baked goods – from croissants and muffins to pizza crust.

What is the nutritional value of spent grain flour?

Spent grain flour has a high fiber and protein content and is low in sugars even though some residual sugars do remain from the malted grains even after sparging.

It contains a number of vitamins – folic acid, niacin, biotin, thiamine, choline, pantothenic acid, riboflavin, vitamin E and pyridoxine. It also contains minerals, of which the predominant ones are calcium, magnesium, phosphorus and sodium, but present are iron, copper, potassium, and manganese.

Finally, there are lipids (oils and waxes), resins, tannins and essential oils in spent grain flour.

In preparing for this post, I reviewed a recent scientific article comprehensively dealing with the nutritional value of spent grain and by extension of the flour derived after its dehydration. If you are interested in the complete findings, here is the full text of Composition and Nutrient Value Proposition of Brewers Spent Grain as published in the Journal of Food Science in 2017.

The short answer is no.

What are Substitutes for spent grain flour in recipes that call for it?

The best substitute for spent grain flour is bran flour. It is also a rich source of dietary fiber. 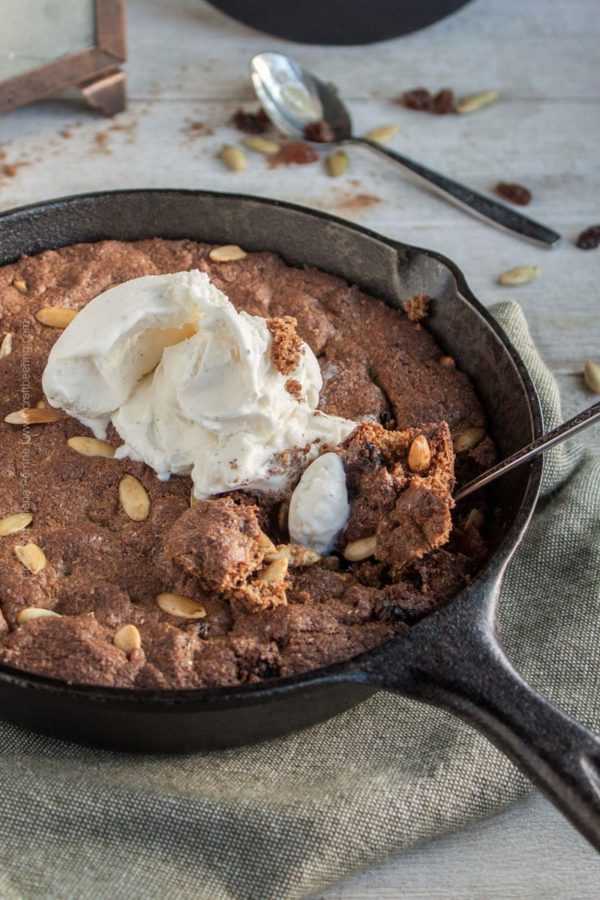