This recipe for spent grain skillet cookie comes on the heels of two days during which I dedicated a significant portion of my time to making spent grain flour. It is a bit of a process, but I enjoy it.

Baking with spent grain may not instantly seem as cooking with craft beer per se, but it is very close:) Especially when the spent grain came from your own home brew.

In case you are not familiar with the term, spent grain is the name used to refer to the malt grain husks (and those of any adjuncts) left over after the mashing stage of the brewing process.

Basically, all beer starts with a grain bill – typically a malted barley or several different ones, frequently with the addition of other grains such as wheat, oats, rye etc. These are steeped in hot water for a certain amount of time, known as mashing. During mashing, the complex starches from the grains are converted into fermentable simple sugars that can later on be transformed by yeast into alcohol. The resulting liquid, called wort, is then transferred to another vessel to be boiled to certain temperatures and flavored with hops. The leftover grain husks are called the spent grain. Spent grain has numerous uses, including baking. 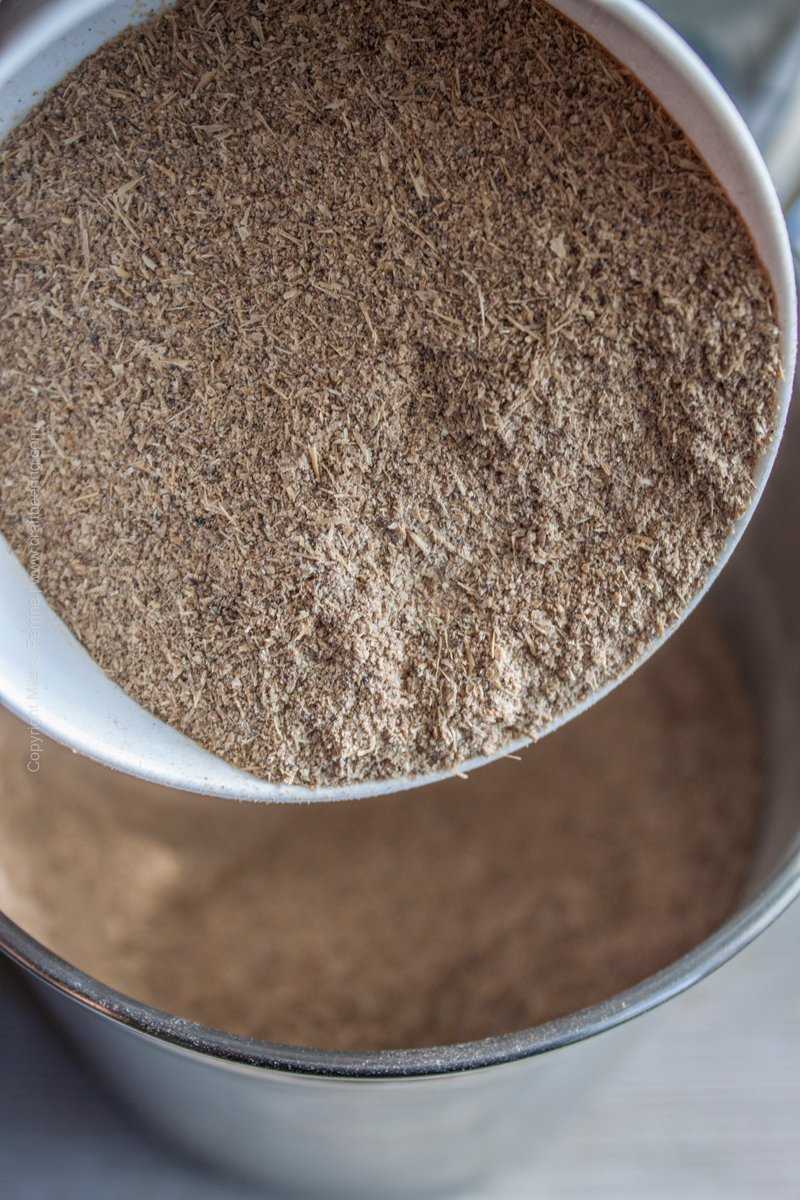 In baking, it can be used straight away in recipes for energy bars or cookies (in lieu of oats for example) or it can be dried (slowly) and processed into flour. The resulting flour is somewhat similar to bran flour in texture and is typically used in combination with another flour for baking bread, pizza crusts etc. It adds texture and a toasted flavor to baked goods. 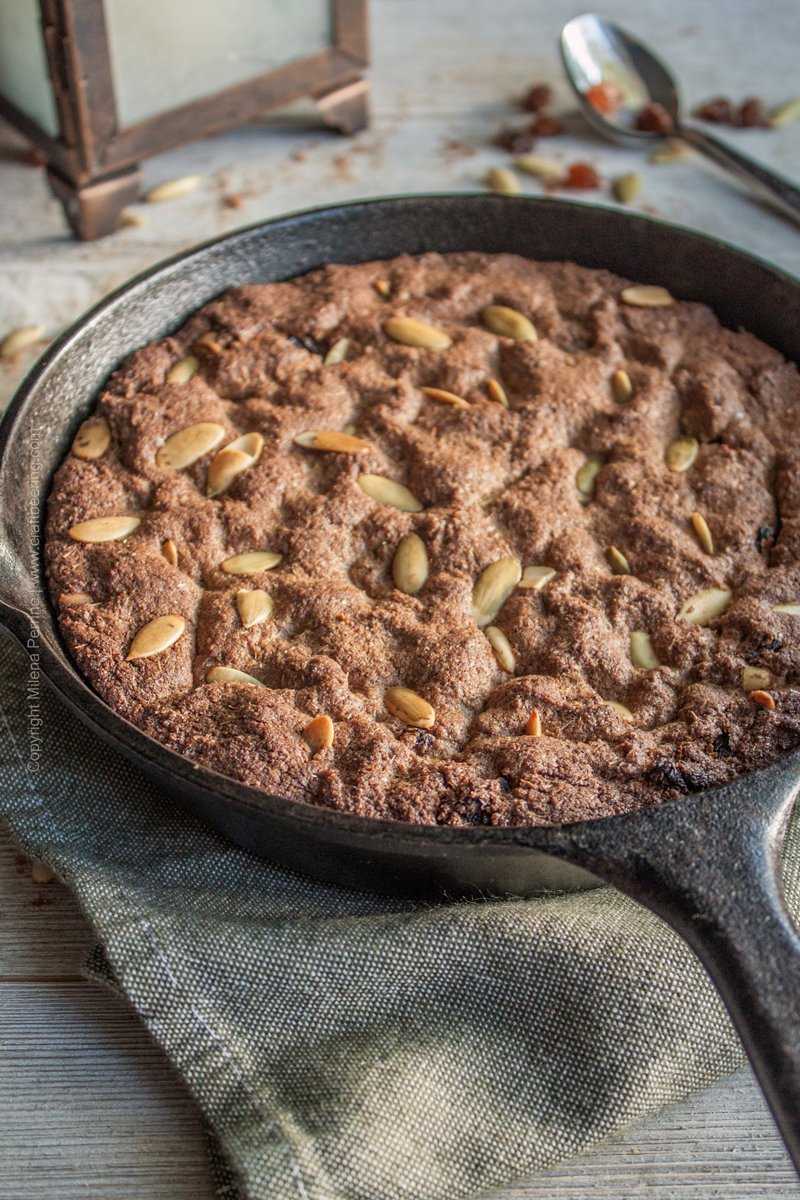 I made a simple cookie dough with the spent grain flour and all purpose flour and since it is Fall decided on pumpkin spice and seeds as well as raisins as special flavors. A spent grain skillet cookie seemed like fun to enjoy with my little boy for after school snack, topped with a bit of vanilla ice cream. 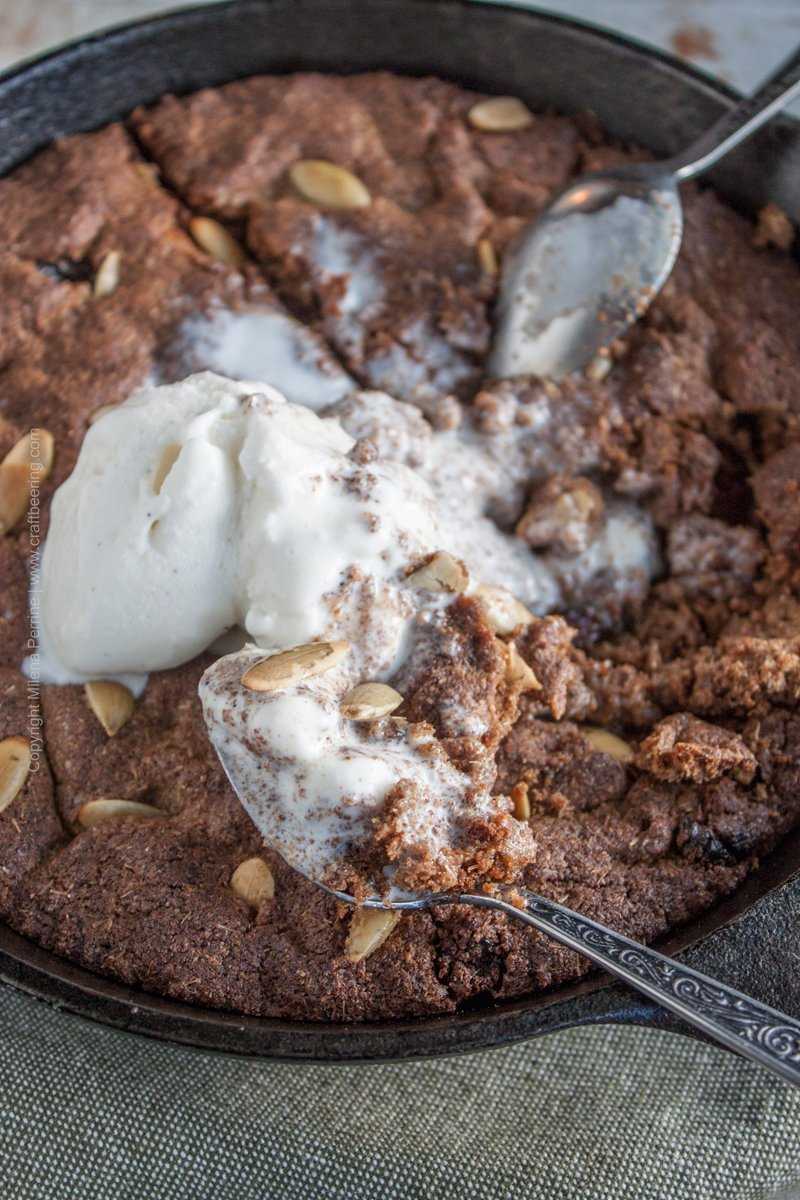 Seriously though. There is something very comforting about sharing a cookie straight out of the skillet with someone special.

One of the resorts Chris worked at in Vail, CO had a skillet cookie on the dessert menu of their main restaurant. It was the most unpretentious, lowest cost dessert they had and was adamantly opposed by the executive chef (since not sophisticated enough for the five diamond rating of the resort etc). It was also their best seller all winter long. Patrons thought it was magical to have a hot skillet cookie placed in the center of the table to be shared by all after a good meal. And the thing sold like crazy.

Our spent grain skillet cookie can be modified in so many ways, so feel free to add your chocolate chips, macadamia nuts, butterscotch morsels or whatever makes you happy. Since spent grain flour is not exactly something you happen upon, the easiest substitute is wheat bran flour or oat bran flour. You will achieve the same wholesome texture.