IPA mango fritters smothered in fragrant tropical IPA glaze. Perfectly crispy on the outside, fluffy on the inside, with juicy and sweet fresh mango chunks. Just what one needs to fight the cold, snowy winter mornings. I’m beyond pleased with myself on their account. Chris said they were the best breakfast he’s had in a while. Possibly in an entire week:) 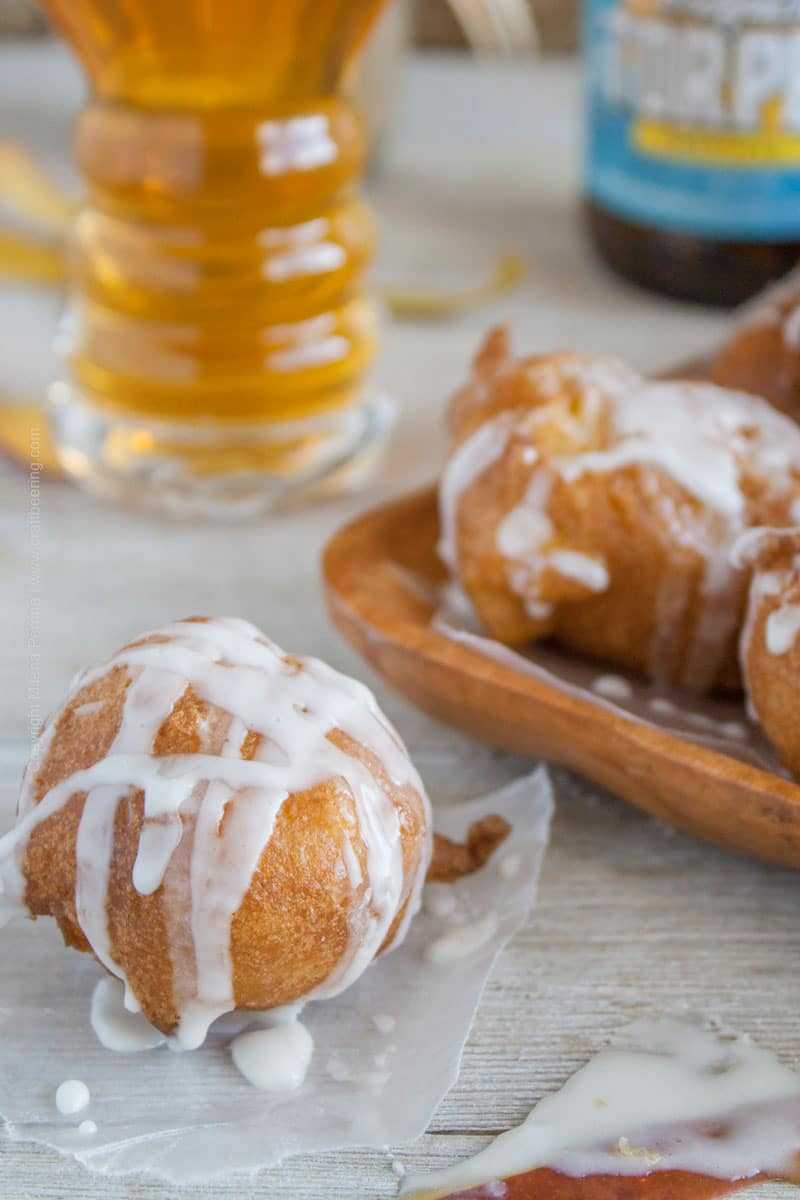 I may have gained a pound or two over the last two days making sure that not one of the IPA mango fritters was left behind. Chris is in possession of an amazing ability to stop himself from eating something, regardless of how good it tastes. He just pronounces that he is done and he is. I on the other hand have no such ability so instead of letting the last two fritters get cold and soggy…Yeah.

It was worth it though. I perfected the subject recipe and acquired good insights to pass on to you. Plus, the extra weight will come off as soon as I start chasing after kiddo next week. Skiing that is. We finally have sufficient snow base to warrant a trip to the mountains and there is an entire week left before school resumes. 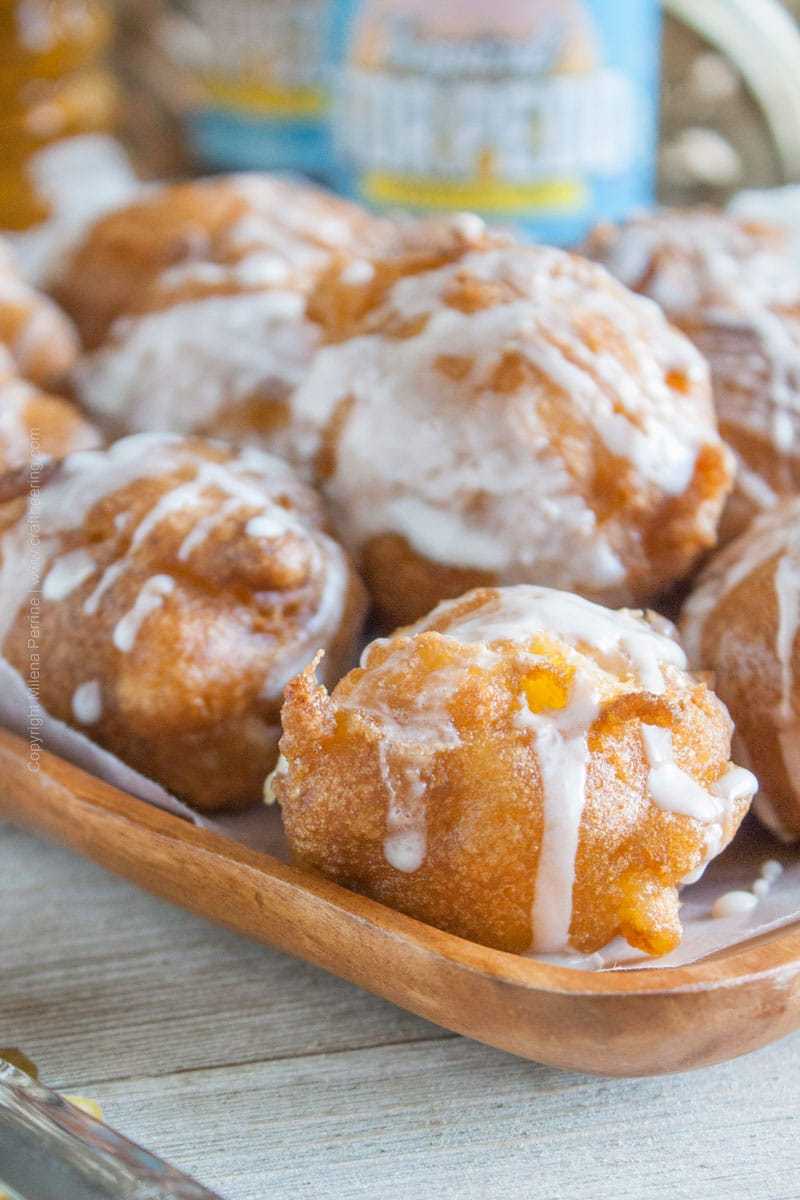 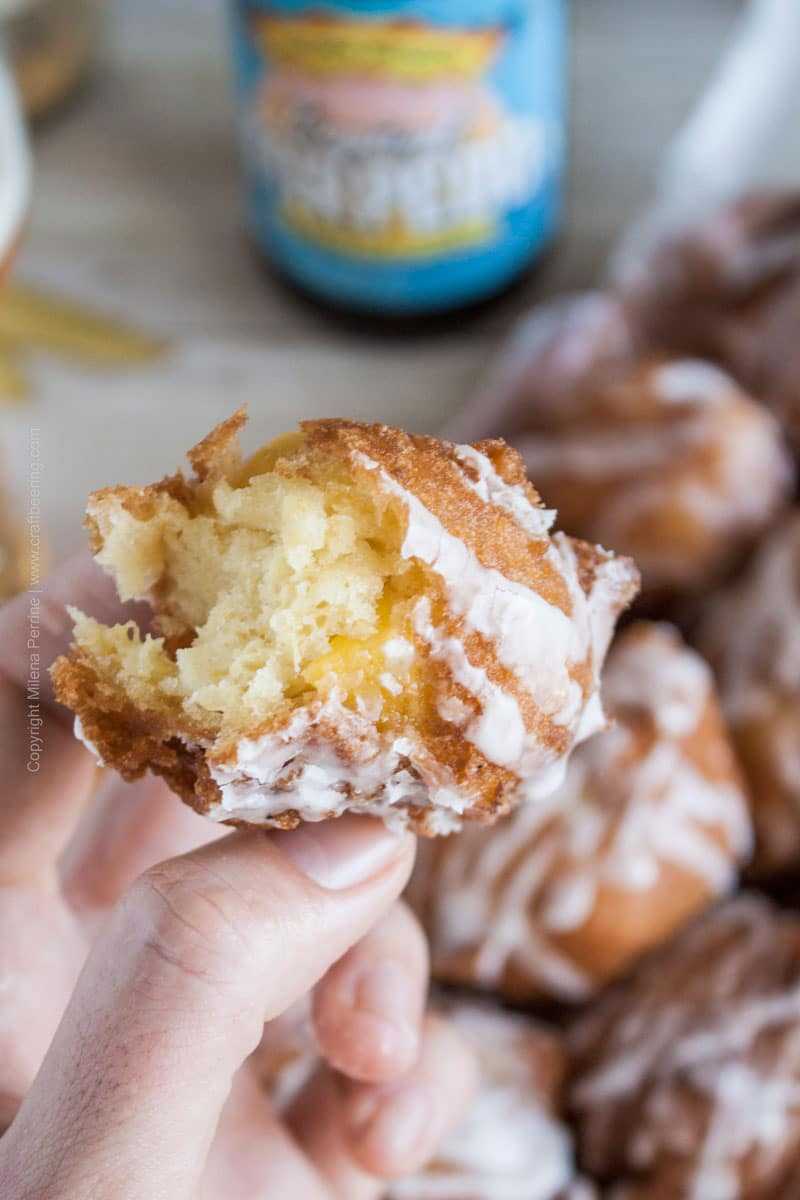 I had the idea to make IPA mango fritters last summer while I was making Palisade peaches fritters with peach ale. Evidently I missed the seasonal time frame to post about those:) It will have to be next summer. This is what happens when you have too many ideas, an enterprising nature and not enough organization.

The recipe for them is based on a basic apple fritters batter in which I have replaced milk with IPA and folded in fresh mango chunks. An easily executable recipe with the only thing requiring discipline and attention being the frying temperature. If you have a fryer, do use it. Also, because the flavors are so delicate always use fresh oil.

Your choice of IPA should check the following two boxes – not too bitter and rich in mango flavor and aroma. There are so many brews out there that comply. I chose a very widely available IPA brewed by an iconic craft brewery – Tropical Torpedo from Sierra Nevada Brewing Co. For an American style IPA Tropical Torpedo is remarkably restrained in bitterness (IBU 55) while the finishing hops impart intense tropical fruit flavors, especially of mango, but also papaya and citrus. It is so potent on the aroma front that the simple glaze I whisked with it is possibly one of the best examples of craft beer flavoring food I have ever stumbled upon.

I made the IPA mango fritters on two consecutive days this week. The picture above is from my first batch. I used cinnamon in the batter and simply dusted the finished fried dough bites with confectioners sugar. They were amazingly good but the IPA flavors and aromas did not come through as strong as I had hoped. For one, the cinnamon completely masked the mango and citrus notes in the batter and the confectioners sugar dusting did absolutely nothing to further the cause.

On day two I fixed that shortcoming by way of a couple of small alterations to my initial recipe. Adjustment number one was to replace the cinnamon with Cara Cara oranges powder. If you don’t have Cara Cara powder, simply ignore it in the recipe and add nothing to the batter. The IPA will infuse it with enough tropical notes and in the absence of cinnamon they will come through. Chris makes Cara Cara powder for us by dehydrating and pulverizing sweet Cara Cara orange peels.

The second thing I did differently for batch number two was to whip up an IPA glaze to drizzle over the fritters and that was a game changer. You simply have to make IPA glaze to appreciate the potency of the IPA contribution. The resulting complex tropical flavor profile is all thanks to the hops used in the brew, especially the finishing hops – Mosaic, Citra, El Dorado and Comet. No acidity, no bitterness, just pure tropical flavor explosion. 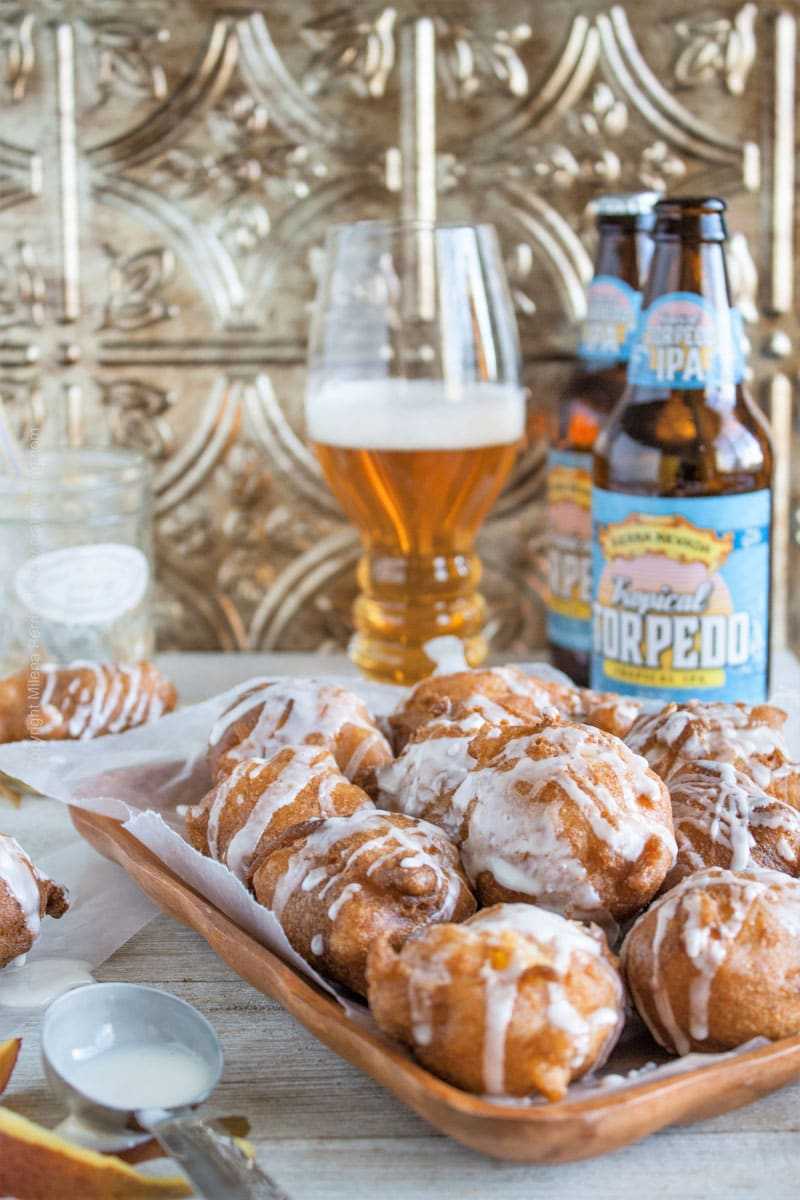 Going forward I will never resort to dusting confectioners sugar over IPA mango fritters given that one minute is all it takes to create an IPA glaze. I promise it to myself and to anyone who may find themselves in the situation of having me prepare them tropical fruit and fried dough for breakfast.

As a parting thought – these fritters are a sure way to impress any IPA fan and convince any cooking with craft beer skeptic of the powerful impact a well crafted IPA can have as a food ingredient. 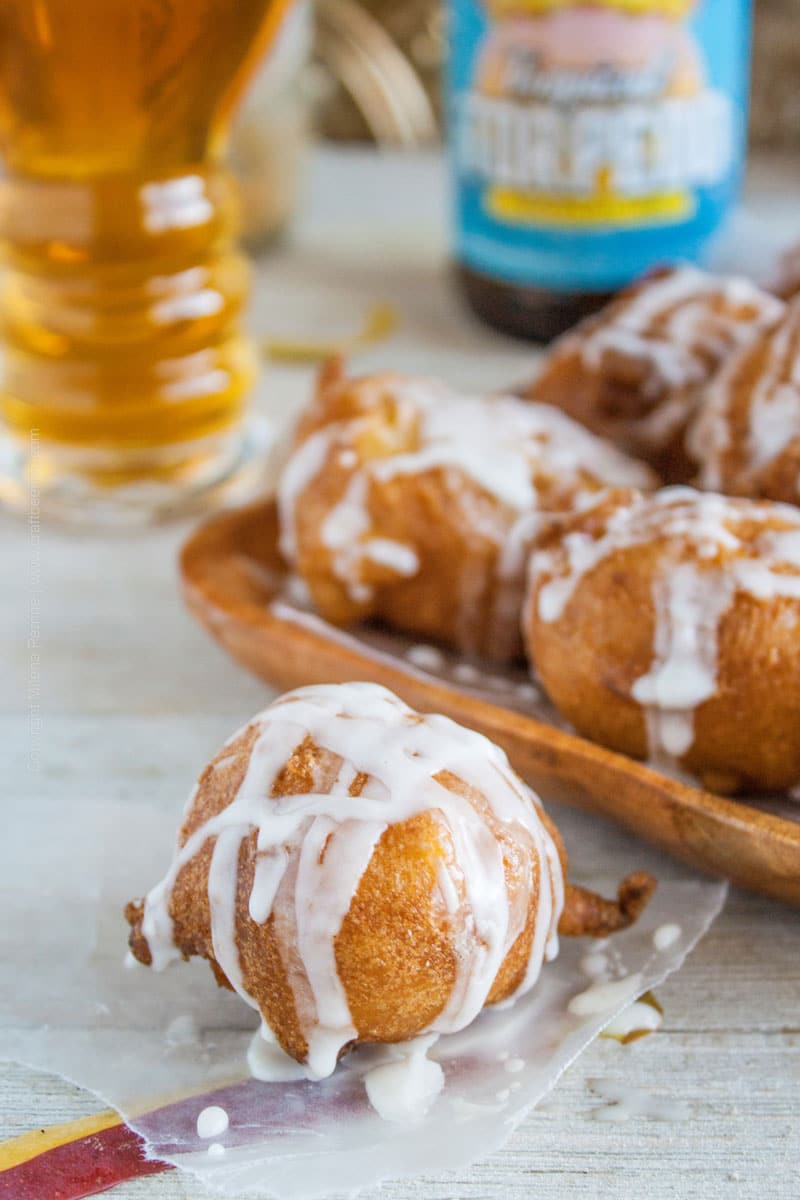