We bring clarity to the whole Oktoberfest beer vs Märzen vs Festbier vs Oktoberfest style beer riddle. 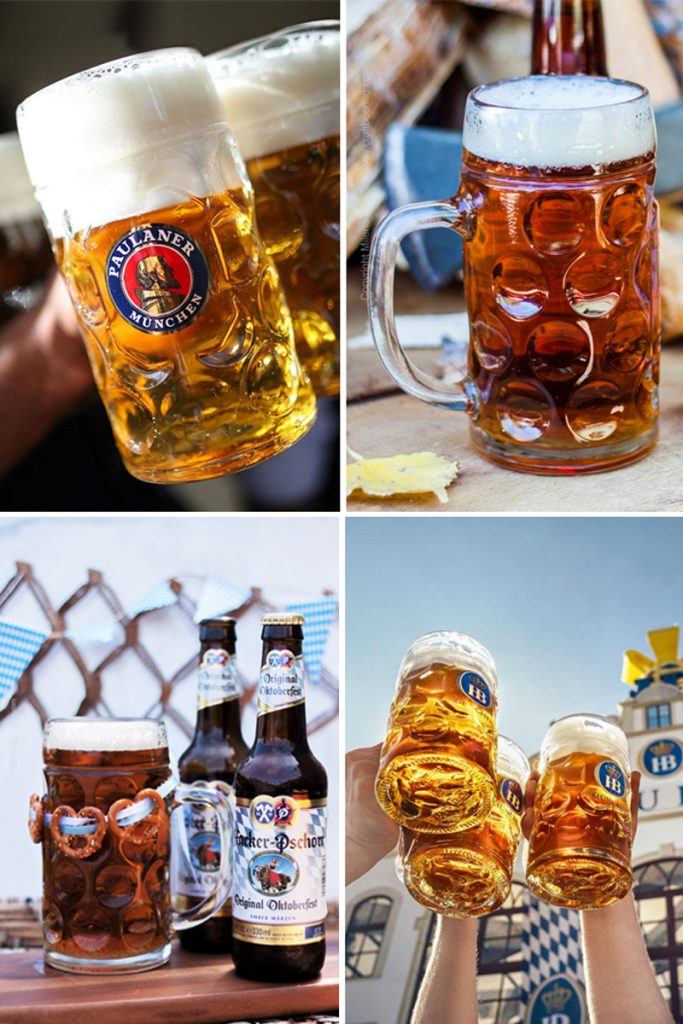 Most people seem to be primarily interested in drawing a distinction between Oktoberfest beer and Märzen, but things are a bit more complicated than that.

We recommend you read the whole post to gain a solid understanding of which beer style is which (3 mins).

The shortest answer to the Oktoberfest vs Märzen riddle is this:

Oktoberfest beer (in German Oktoberfestbier) is the beer served on the Wiesn during the annual Munich Oktoberfest festival.

It used to be a Bavarian amber lager, known as modern Märzen but in the 1970s was replaced by a much lighter lager known as Festbier.

This is not all – there are a quite a few intricacies surrounding the identities of Oktoberfest beers. The easiest way to explain them is by outlining a timeline of the beer related events specific to the Oktoberfest.

By the time you finish reading this post, you will not only understand the fine distinctions, you will feel confident explaining them to others.

1. The First Beers Served at Oktoberfest

In the beginning all beer served at the Oktoberfest was of the dark lager kind, the beginnings of today’s dunkel lagers. This was because the kilning techniques at the time could only produce dark malts.

As advances in kilning technology made by the British resulted in lightly kilned malts, the Germans took note, adopted the new methods, experimented with kilning locally grown barley and created new, lighter malts and hence new styles of lagers. Initially they improved dunkel and brewed it with Munich malt. Dunkel was the beer style first served during the fest.

CURIOUS FACT: Beer was first served at Oktoberfest in 1818. Before that the event commemorating the celebration of Ludwig of Bavaria and Princess Therese von Sachsen-Hildburghausenthe wedding was organized as an agricultural show with a focus on harvest and food.

2. The Onset of Amber Lagers

In 1841 the Spaten brewery introduced a lighter colored, amber lager also made with Munich malt but in combination with a very lightly kilned pale malt.

This new easy drinking beer was called a ‘modern Märzen’ and gradually replaced dunkel to became the official beer of the Oktoberfest in 1872. See below for exactly how the Märzen style evolved.

Festbier is an actual German lager style that came to replace the Märzen lagers served during Oktoberfest in the late twentieth century. Golden in color and very easy to drink it was developed and pioneered by Paulaner. The brewery debuted it during the festival in the early 1970s. See below for full style description.

The style appealed to attendees and by the 1990s all the beer served at the Oktoberfest was festbier and Märzen had been officially replaced.

Today festbier is THE Oktoberfestbier on the Wiesn.

CURIOUS FACT: To this day a great deal of confusion surrounds the use of the names Oktoberfestbier and Festbier. It stems from country specific practices.

While there are no rules set in stone, typically Oktoberfestbier (Oktoberfest beer) is used to reference the beer served on the Wiesn (which style wise happens to be festbier today).

Only the following six Munich based breweries are allowed to name their beers for the festival Oktoberfestbier.

Any other brewery must call their seasonal lagers, amber or golden Oktoberfest style beer. At the same time Festbier is often used outside Germany to describe today’s Oktoberfestbier.

4. In the US Oktoberfest Style Beer is Considered to Be Märzen Amber Lager

As we clarified above, because the Oktoberfest is a Munich festival organized primarily for the residents of Munich and the surrounding areas of Bavaria only Munich breweries can brew Oktoberfestbier for the fest and sell it on the Wiesn.

Everyone brewing seasonal amber lagers anywhere else in the world but inside Munich city ‘walls’ makes Oktoberfest style beer, not Oktoberfestbier (Oktoberfest beer).

In the US an Oktoberfest style beer is assumed to be a Märzen style lager.

Below we formally define each beer style (safe to say each lager, for there are no ales involved here) mentioned above. 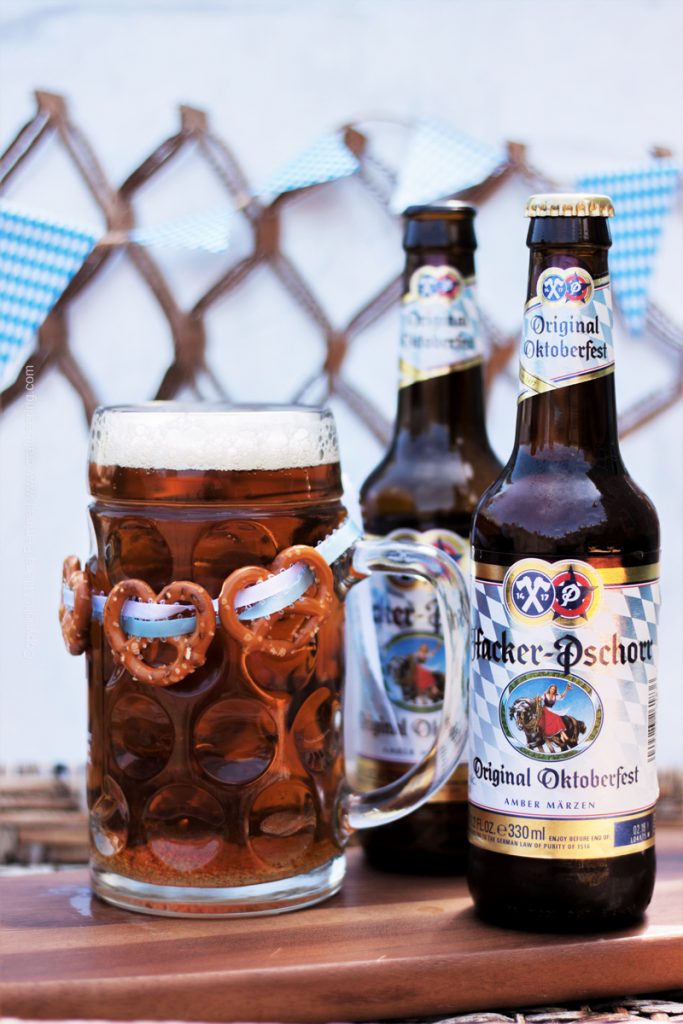 What is a Märzen?

Märzen is a German amber lager – dark copper to reddish brown in color, crisp but also smooth, with sweet toasted bread aroma and faint hints of spice. It is sweetish but with a noticeable Noble hops bite and a dry finish. The typical ABV is 5-6%.

The style as we know it today was introduced by the Spaten brewery in 1841 and was then further tweaked and developed. Its origins go farther than that however, possibly back to 1553 when summer brewing was prohibited in Germany.

The name Märzen means “March beer”. It applies to beers brewed in March and left to lager (condition) in cold cellars over the course of the summer, to be tapped in early fall. Summer brewing was for a long time prohibited in Germany in order to ensure good beer quality and prevent spoilage in high temperatures.

These March beers were brewed with higher gravity (alcohol content) than regular lagers in order to have the longer shelf life needed to make it to the harvest festivals. They were much darker than today and only became amber in color after the Spaten brewery experimented with lighter malts and developed the style we are familiar with today, often referred to as modern Märzen.

Oktoberfest beer (Oktoberfestbier) is formally defined as a beer brewed by one of the six big Munich breweries allowed to serve their product on the grounds of the Oktoberfest.

These used to be amber lagers but today are much lighter in color – see definitions for Märzen above and Festbier below. 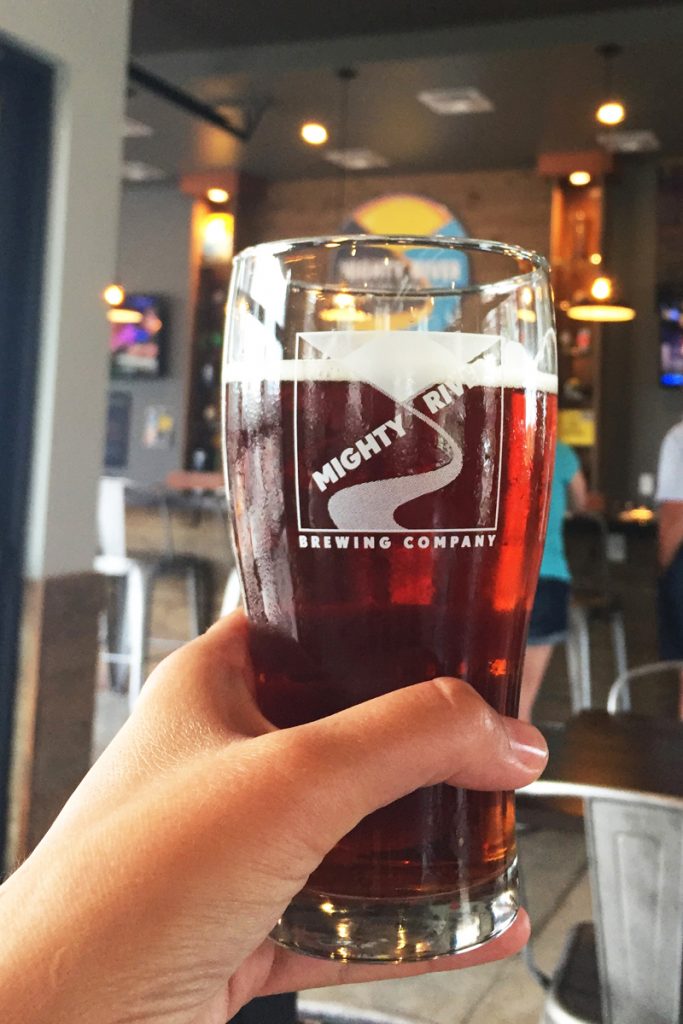 What is a Vienna Lager?

I must mention Vienna lager here because this style is practically the same as modern amber Märzen but originated in Vienna. When it was first brewed it was said to be a “Lagerbier nach Wiener Art” which essentially means “Lager beer in Viennese style”.

Vienna lager is a style very similar to Märzen but lighter in color due to the use of Vienna malt. Typically less malty and a bit more bitter than Märzen, with ABV of 4.5-5.5%.

In brief, Vienna lager was the result of the work of an Austrian brewer, a very skilled one, by the name of Anton Dreher.

He was also influenced by the English kilning achievements and decided to use produce and use paler malts. He still used Bavarian lager yeast and created an elegant maltiness balanced by firm, but not pervasive bitterness. He was known to describe his amber lager as a “new Märzen”. 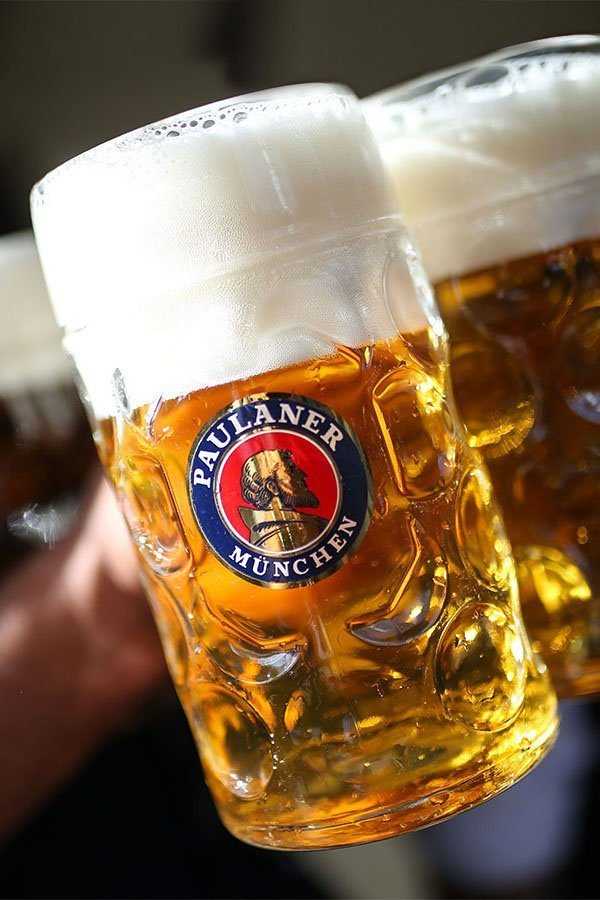 What is a Festbier?

Festbier is a strong golden German lager with great, long-lasting white head. It has traits similar to Helles and Maibock – malty backbone, spicy and floral hop bite, moderately full body and a dry finish. The ABV is 6-6.5%.

Festbier was pioneered by Paulaner, especially to be served for Oktoberfest. Eventually all the other breweries allowed to serve on the Wiesn made their own versions and today Festbier is THE lager exclusively brewed for and served at the Oktoberfest. 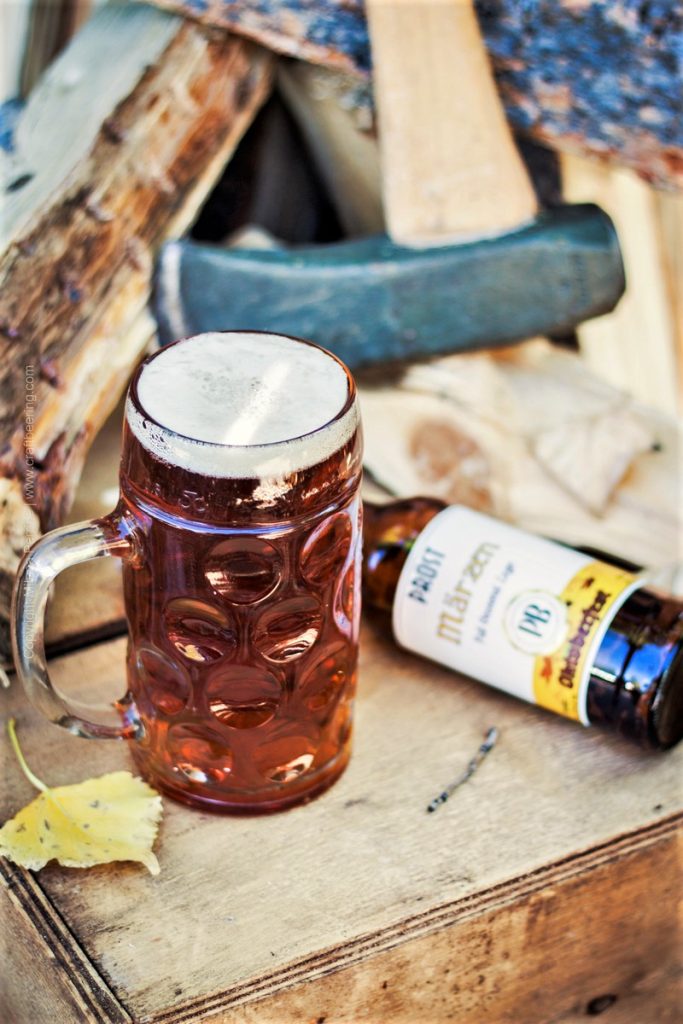 What is an Oktoberfest Style Beer?

Oktoberfest style beer is a lager, usually in the style of German Märzen brewed by a brewery located anywhere outside the city limits of Munich.

In the US the predominant opinion is that Oktoberfest beers are amber Märzens. So when you buy a seasonal amber lager in the US it will either be called Oktoberfest style beer or Märzen or some combination of both names. Vienna lagers are also brewed as a seasonal option by a number of craft breweries.

Prost! The Story of German Beer by Horst D. Dornbusch
Oktoberfest, Vienna, Marzen (Classic Beer Style) by George Fix and Laurie Fix
Meet Me in Munich: A Beer Lover’s Guide to Oktoberfest by Moses Wolff
The History of the Oktoberfest
Lager: The Definitive Guide to Tasting and Brewing the World’s Most Popular Beer Styles by Dave Carpenter