Meet the Princessa sandwich – an outstanding partner to craft beer. It is an open face sandwich that is best eaten warm. Toasted bread smothered with an insanely flavorful ground pork, onions and herbs mixture and baked. All the delicious juices from the ground pork seep into the bread. Each bite invites (more like mandates) a sip of beer. Seen from beer’s perspective – a most desirable ally. 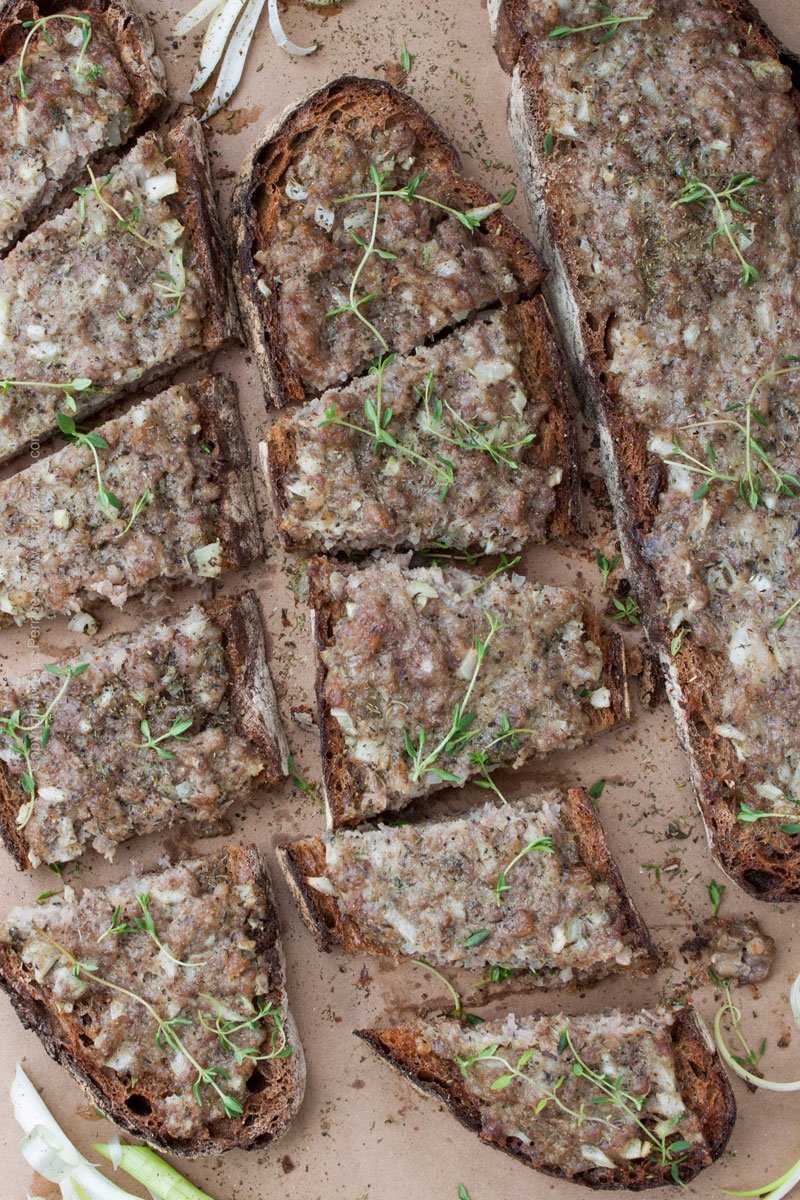 I grew up eating Princessas. I was eating them years before I acquired a taste for beer. Everyone in Bulgaria loves them. They are sold everywhere – at beer gardens, taverns, hole in the wall sandwich places, little street food stalls.

The name has a bit of a convoluted history and is supposed to be inspired by the notion of a Thracian princess (‘princessa‘ simply stands for ‘princess‘). The truth however, most people agree, is that the sandwich simply came to be as a way of stretching the budget during the ridiculously poor years of communism. People took the ground meat that would have been used to make a single kufte and made it go further by spreading it over two slices of bread. 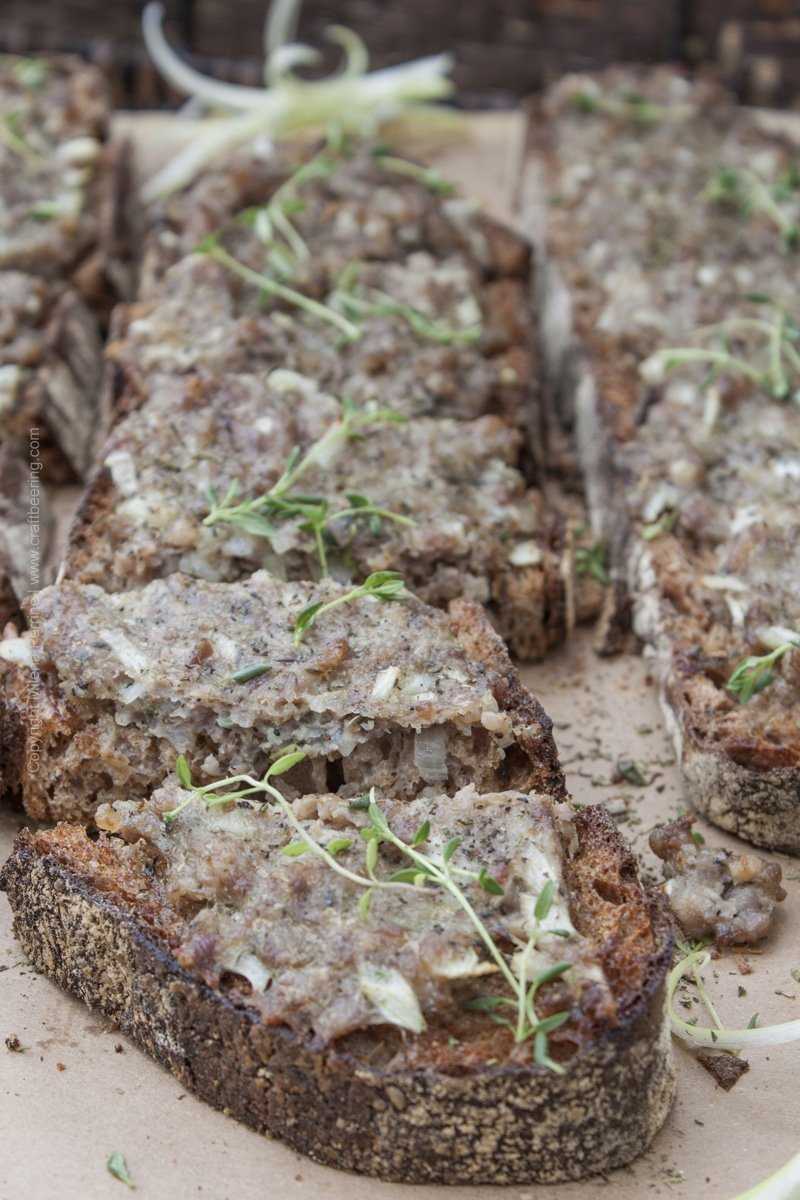 There are two ‘secrets’ to making a good Princessa sandwich:

Everything else is open to interpretation. Some people mix grated cheese with the pork of their Princessa sandwich, others place thin tomato slices or roasted red pepper slices on top of the bread before they spread the ground pork. Yet others prefer to use beef/pork combo. I love to add diced onion and this is what I did for this post.

At the most basic level though it is all about the bread and the rich flavors of the minced pork coming together in the oven. It is nearly impossible to not want a beer once the enticing aromas of a Princessa sandwich fresh out of the oven tickle the nostrils. Trust me. I had one open while taking these pictures. I am very partial to pairing with the traditional German styles in the case of Princessas. And I was eating the fourth sandwich that didn’t fit on the board below. Because I couldn’t let it get cold… and I had to get a head start before Chris who was making beer outside got a whiff of what was going on. 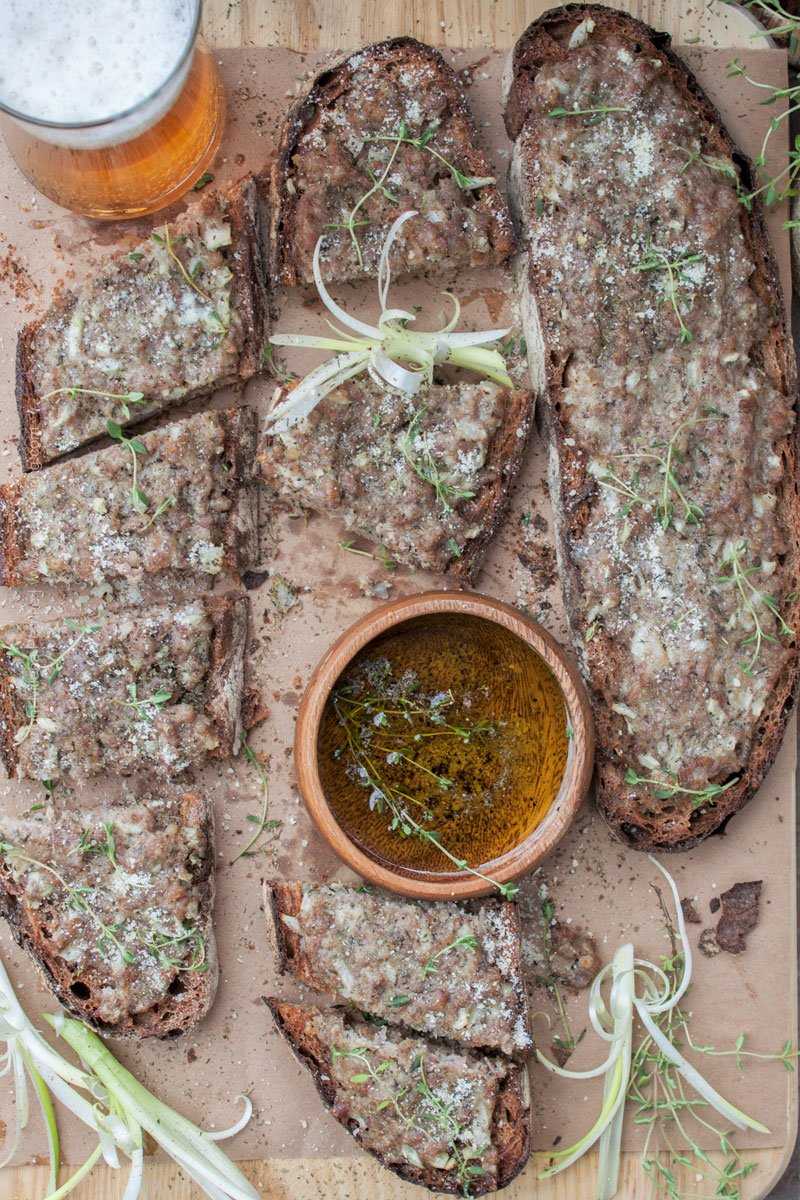 For this post I used a two day old Pain Pauline loaf. (This bread is humongous by the way). Any good, rustic bread will do, any size. If you can, go with a bread baked from naturally fermented dough as it is easier to digest. It just should not be too soft, because the dripping juices from the ground pork will make it soggy. In addition to my bread being two days old, I also toasted the slices in the oven before spreading the meat mixture on them. Similar to what you’d do to make a bruschetta.

I love to add a lot of summer savory and cumin, the combo is a miracle worker for the taste buds. Thyme is always a plus. All the ingredients need to get mixed very well with the ground meat and then spread on top of the bread and baked (or broiled) until the meat is cooked through. 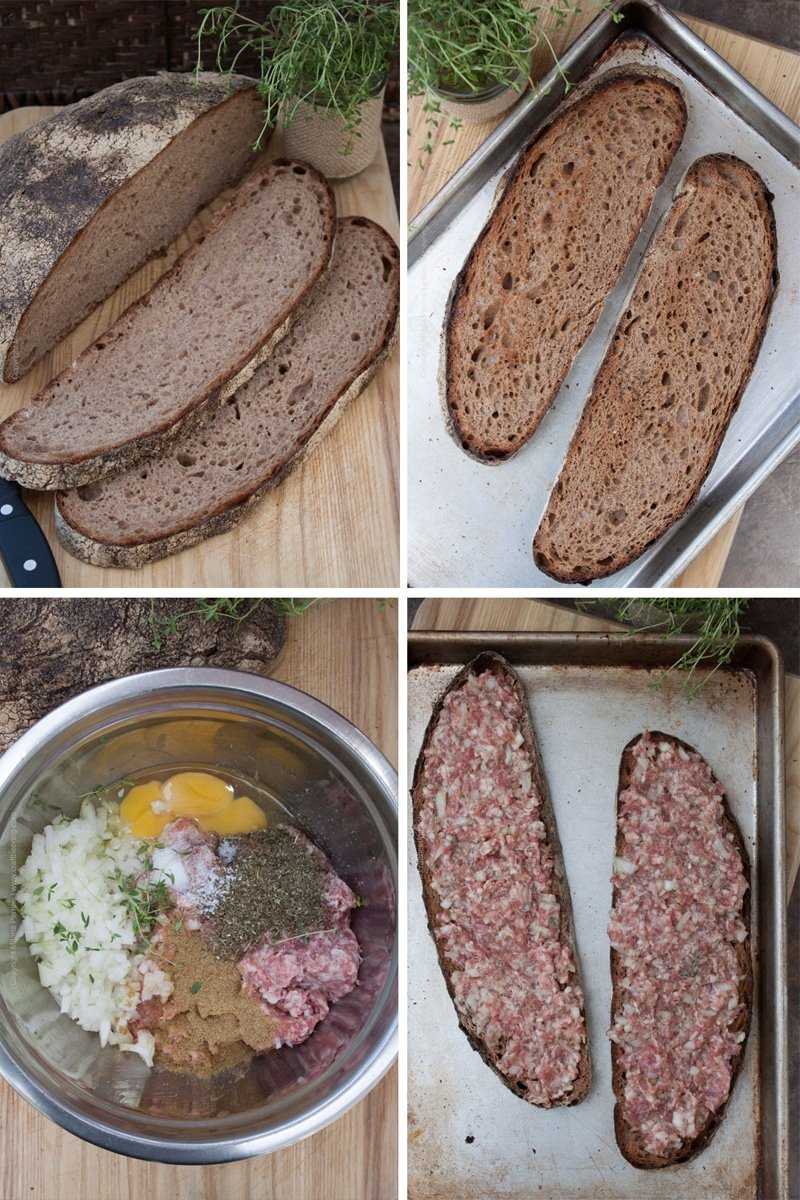 I put extra virgin olive oil in almost everything and drizzle it over almost everything, including kimchi, pizza and fries (as in already fried fries). It is super delicious to dip the crust of the Princessa sandwich into salt and pepper flavored EVOO. Then have a few sips of beer. 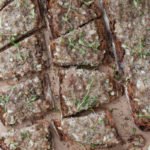