We show how malt liquor is different from beer by explaining how each one is made and contrasting their key features. 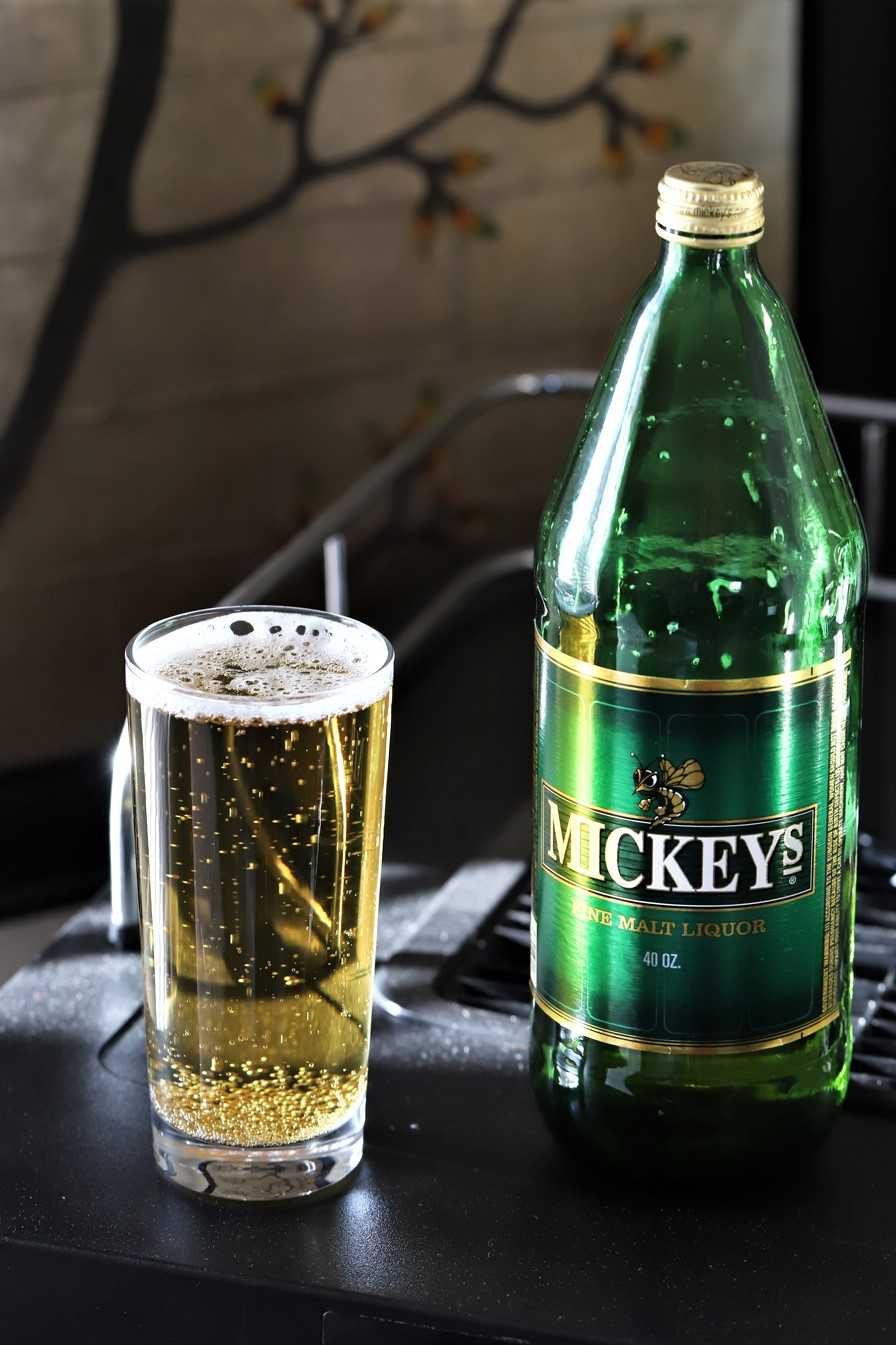 Arguably, all beer is made with malted barley, so why is there a beverage referred to as malt liquor? Why is malt liquor cheaper than beer? The answer lies in the type and quantity of malt used as well as the presence of adjuncts.

Beer is made with malt (germinated then dried barley), hops, yeast and water. The malted barley (for some styles wheat, oats or simply roasted barley), is mashed with hot water, then a sweet liquid known as wort is separated from the mash and boiled with hops which flavor it and temper down the sweetness.

The resulting liquid is then cooled down and separated from remaining small malt and hop particles and yeast is added. The yeast feeds on the sugars and via fermentation produces alcohol.

A period of maturation follows fermentation for the flavors to develop fully and the fresh beer is ready to be carbonated and enjoyed.

What is Malt Liquor?

Malt liquor is made by way of a similar process but contains significantly less malted barley and a lot of cheap adjuncts like corn, rice, and dextrose. These added ingredients are intended to increase the amount of fermentable sugars in the wort without adding to the cost of the brewing process. Special enzymes are used to aid the yeast in fermenting the sugars from the adjuncts.

In result malt liquor has higher ABV (alcohol by volume) than beer while it costs considerably less to produce.

In contrast to the stable head many beer styles tend to form and are known for, malt liquor stops at a fleeting head which dissipates almost instantly. Again, this is due to the inferior ingredients used to brew it – head retention is largely due to the use of high-protein, quality malts which are not common for malt liquor.

Flavor wise malt liquor lacks the depth and sophistication of most ales and lagers and tastes even more bland than mass produced light lagers. To mask this it is recommended that malt liquor is served very chilled, at temperatures in the range of 34 -40 F.

Due to its unpretentious nature malt liquor is packaged in inexpensive containers, frequently plastic, and commonly larger than typical beer bottles. The most iconic size bottle is forty fluid ounces – just over three regular sized 12 ounce beer bottles or two and a half pints.

Due to the higher ABV of malt liquor consuming the contents of the forty ounce (or forty, for short) is similar to consuming five regular cocktails in terms of alcohol.

In some states the sale of forty ounce containers is not permitted.

Legal Use of the Term

A great deal of confusion is caused by the usage of the legal term malt liquor which is solely centered around alcohol content and entirely ignores ingredient line-up, quality and the subtleties of the associated process.

In many states malt liquor is legally defined and understood to mean an ale or lager with alcohol by volume exceeding a certain percentage and beer in general is included under a malt liquor category for legal purposes. The definitions vary from state to state and the distinctions drawn between beer and malt liquor are mainly for regulatory purposes.

This of course does not make a bourbon barrel aged imperial stout malt liquor in terms of ingredients and techniques used. Nor would Mickey’s shown above stand a chance against a German Dortmunder export lager even though their ABVs can be similar.

Summary of Differences between Malt Liquor and Beer