How to make potato leek soup with abbey ale for extra depth of flavor.

Leek and Potato Soup – a Classic

Few soups make use of such humble ingredients to rise to such glorious culinary heights!

Almost every European nation has a version of leek and potato soup in its repertoire and there is little by way of variation in the method of its preparation.

In Belgium, where the locally grown leeks are known for their particularly mild flavor and soft texture, the soup has been a farmhouse staple for centuries.

In our version we flavor it with a bit of another emblematic Belgian ingredient – pale abbey ale. The flavor infusion is subtle but complex and exciting at the same time. It truly does justice to the harmonious, comforting alliance of the main ingredients. 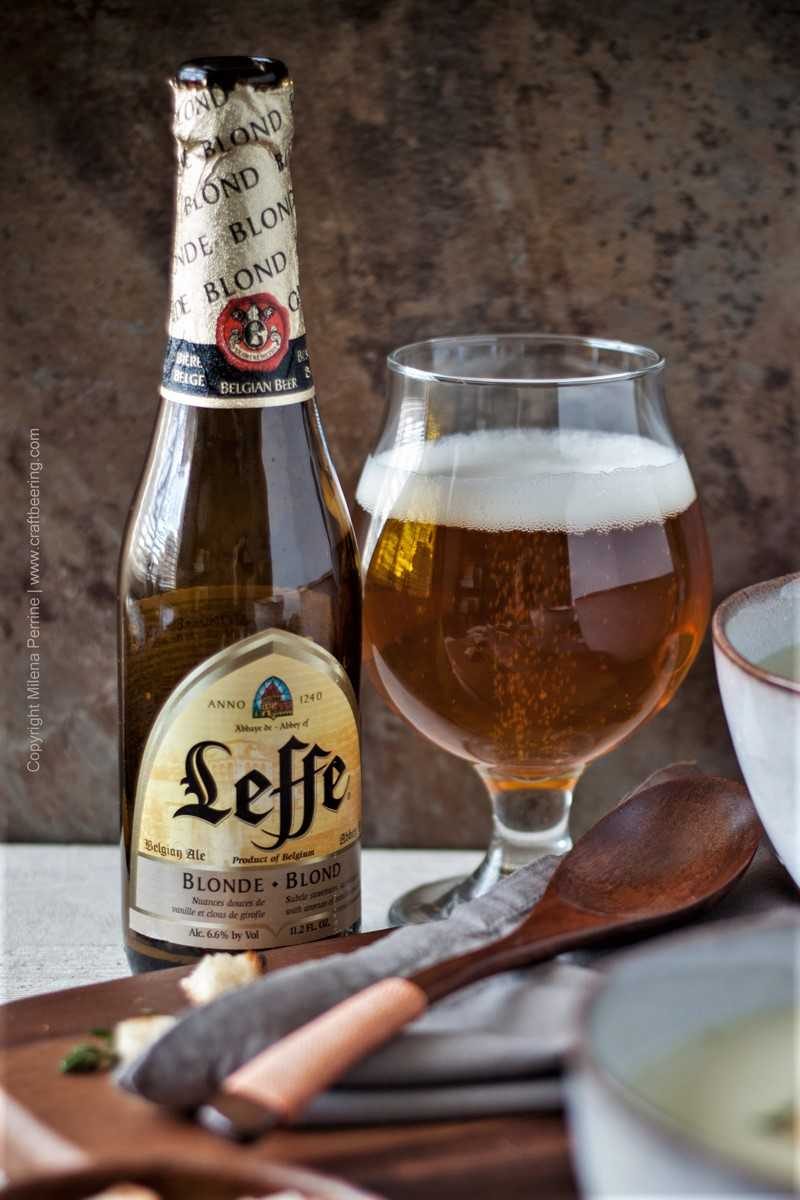 The flavor of the Leffe Blonde is what uplifts this ale potato leek soup to the level of a true delicacy.

Why Use Ale in a Potato Leek Soup?

If you love Belgian beer and are familiar with the most popular styles you will instantly recognize the merits of this recipe on account of the pale abbey ale.

If you don’t know much about Belgian abbey ales – you will be pleasantly surprised once you taste this soup.

As far as cooking with beer is concerned brews from Belgium are top contenders. They are not hopped aggressively and are typically low in bitterness. At the same time the famous Belgian yeast strains used to ferment them leave them quite dry with a lot of phenols and esters which create a complex and very enjoyable bouquet of earthy, spicy and fruity flavors.

Saisons and blonde Belgian ales in particular impart a delightful depth of flavor to dishes. Not at all a beer flavor, rather a savory dimension akin to the notes one can expect from quality extra virgin olive oils.

The process of preparation of this Belgian leek and potato soup recipe is very much in line with the traditional methods used in other countries. 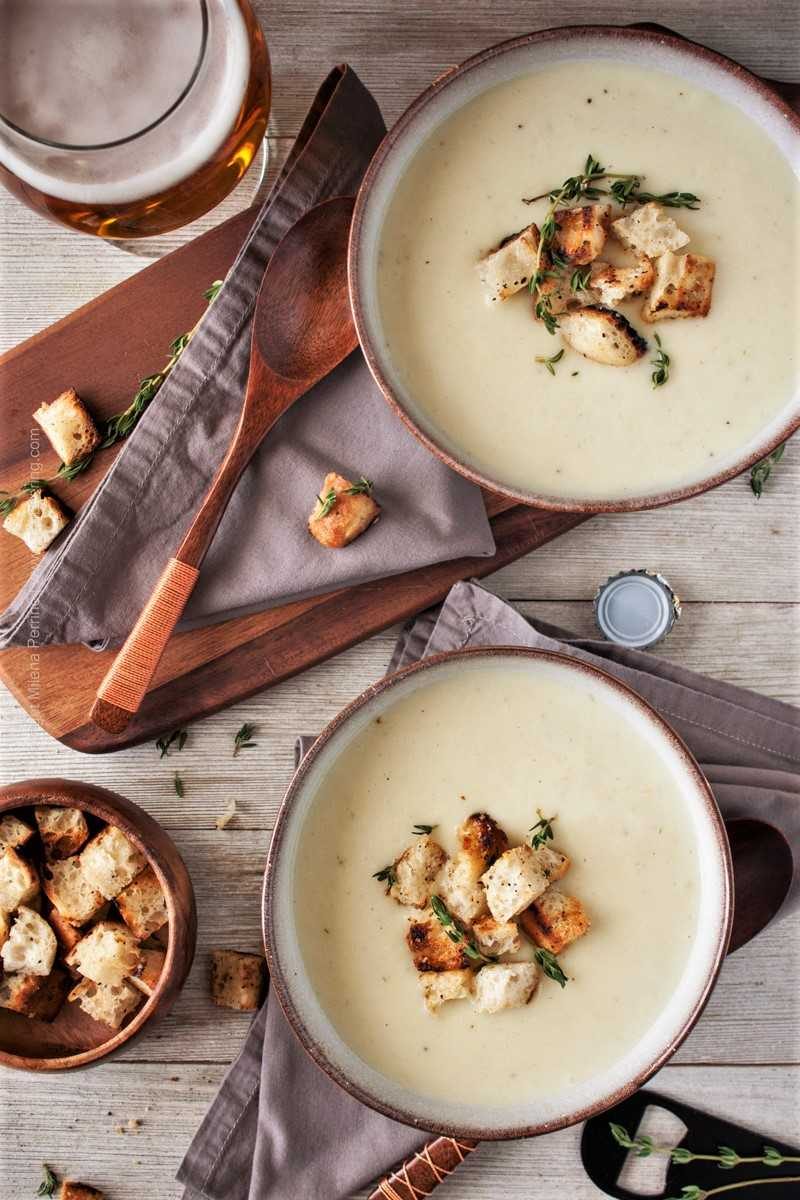 TIP: Don’t skip the croutons. Use extra virgin olive oil to make them and they will complement the soup flavors perfectly on account of the spicy, earthy fruitiness of the olive oil.

Leffe is the name of a monastery in Southern Belgium which since 1240 has been famous for the delicious, high alcohol beers brewed by its monks. Crafted with local ingredients and using time tested recipes.

Throughout the centuries the abbey survived many calamities – from floods and fires to war assaults. The brewery was completely destroyed during the French revolution and was later rebuilt, a century and a half later, in 1952 with help from a Flemish brewery.

The original beer styles were once again brewed there. That Flemish brewery was later acquired by Interbrew which lead to the sad situation of today’s ownership of the Leffe ales production by a beer giant. At least the abbey ales are still produced as they should and have nothing in common with the corn syrup loaded, tasteless liquids passed as beer otherwise sold by mass producers.