How to make beer BBQ sauce from scratch and what beer styles work best. 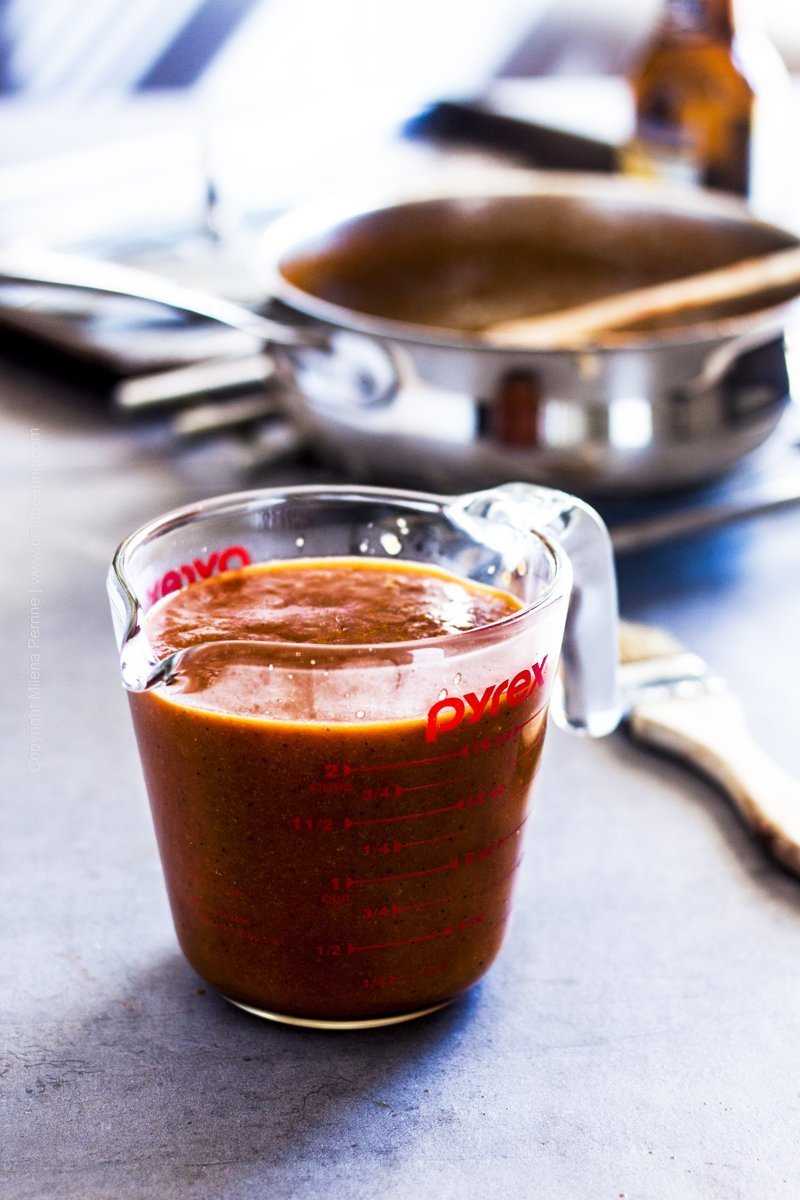 Anatomy of a Beer BBQ Sauce

NOTE: For the purposes of this post we reference the sort of catch-all style of barbecue sauce that is most popular in the US and the Western world and dominates all other US regional styles – also known as Kansas City style barbecue sauce.

There are a few essential components that come together in a beer barbecue sauce. Pretty much all of them stand for a type of ingredient that can include numerous substitutions. Together they balance and uplift each other and address the five basic tastes – sweet, sour, bitter, salty and umami (savory deliciousness).

In addition, variations in mouthfeel contribute to those main ingredient groups and in result an exorbitantly large number of beer barbecue sauce flavors can be created. Such mouthfeel qualities are: 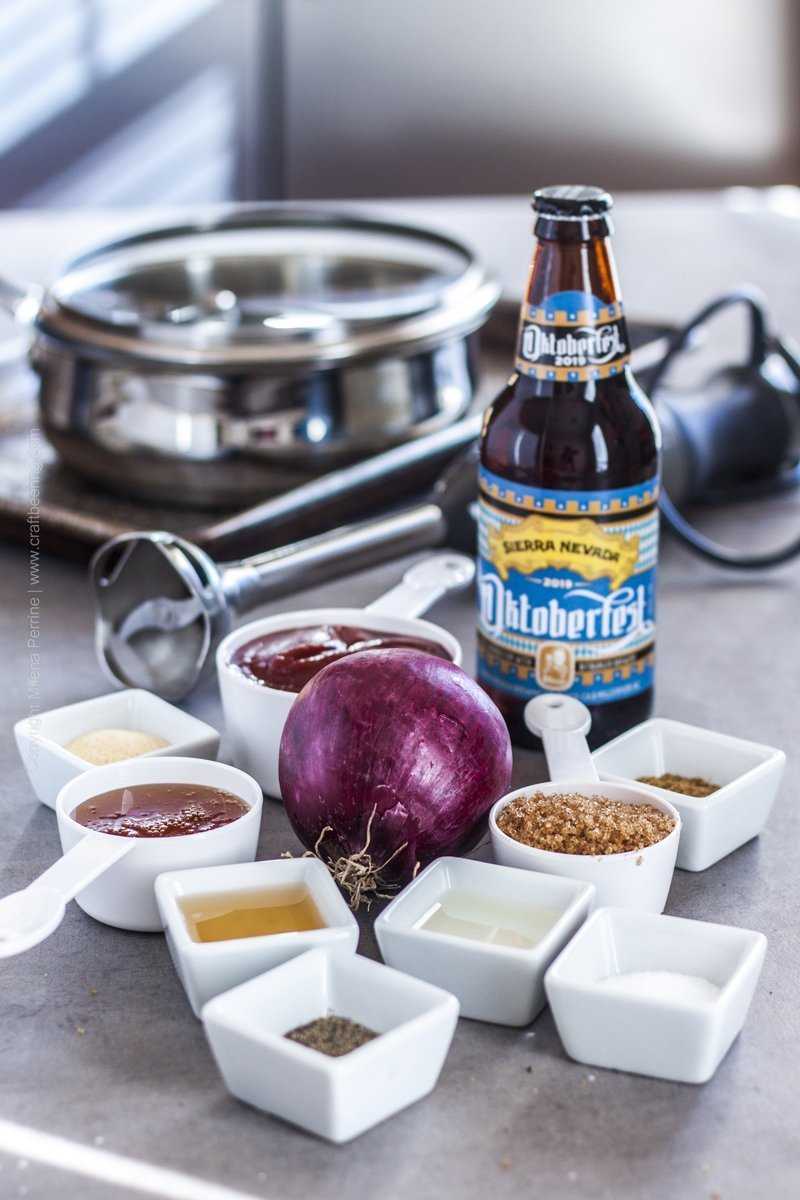 The beer barbecue sauce we made as an example for this post uses a seasonal amber larger, a Märzen, brewed in a partnership between Sierra Nevada and one of our most favorite German breweries, Bittburger.

In our humble opinion (which is however based on many, many batches of beer BBQ sauce made over the years), the best beer styles to use in homemade barbecue sauce are ones that will contribute malty, roasty notes, dark fruit and chocolate flavors and are not aggressively hoped or bittered by way of liberal use of roasted barley.

Do not be afraid of a hoppier brew though, a moderate bitterness does act as a balancing act to sweeteners such as sugar and honey.

We most often reach for:

Which is not to say that imperial or bourbon aged ales, citrusy ales or lambics such as kriek are not great contenders.

A note on equipment first. Ideally use a wide and deep sauce pan because a wider bottom surface means faster reduction time.

A handheld immersion blender is perfect, especially in combination with a deeper saucepan (less splattering). If you do not have an immersion blender you can always blend the sauce in a food processor or blender, just be sure to allow it to cool down some.

Step 2. Add the beer (only a bit at first, to deglaze, it will foam once it makes contact with the hot saucepan), then add the rest and let the mixture simmer until reduced by about half.

TIP: If you want the beer flavors to play a more prominent role, do not fear to increase the quantity of beer. You will simply need to wait longer until it reduces by half.

Step 3. Add the rest of the ingredients (except salt), stir and let the mixture simmer until it thickens.

Step 4. Remove from heat and blend. Taste and season with salt as needed. Transfer to a container and let cool down before use.

We are sharing our basic recipe with a great deal of hope that as fellow cooking with beer aficionados you will tweak it and play with it to create something special for you and your loved ones.

While you can absolutely adhere to it the first time you make a beer BBQ sauce and use the exact ingredients and quantities as listed in the recipe card, we encourage you to make it your own.

Do not be afraid to experiment, in fact, let your imagination run loose. There are so many directions you can go with a homemade barbecue sauce that features a tasty beer. 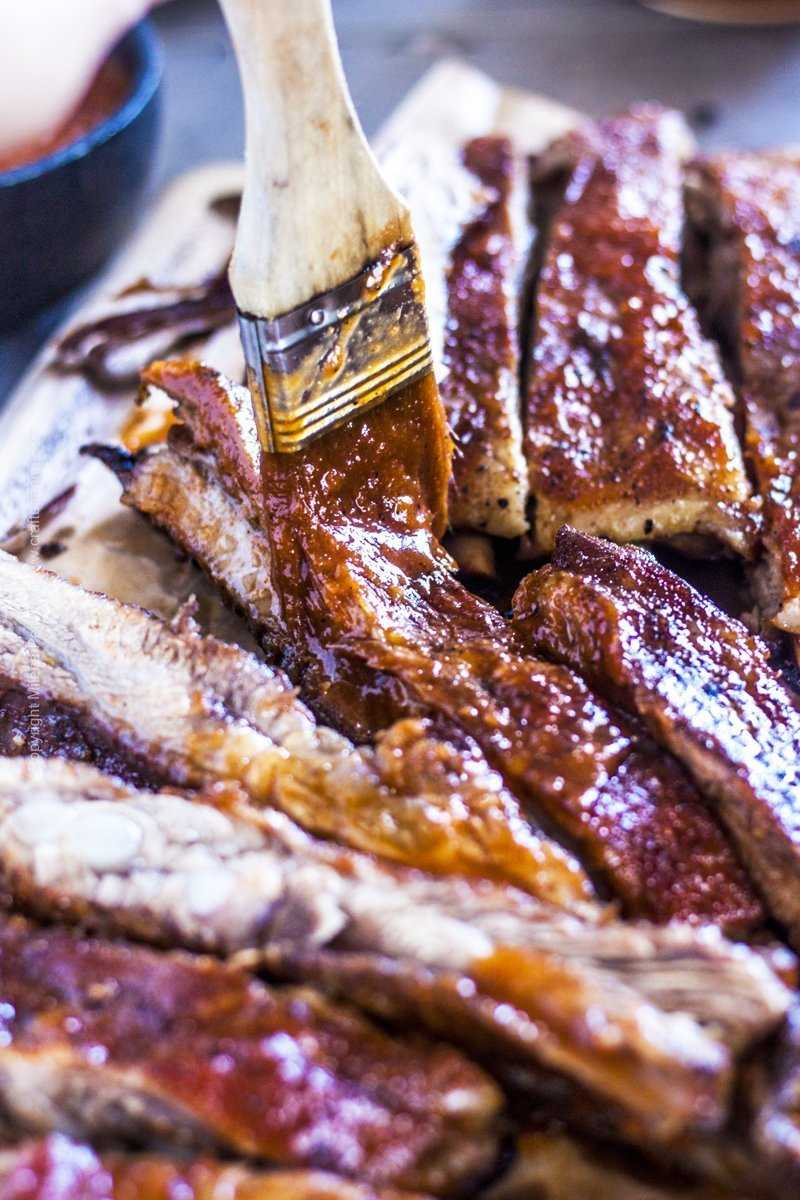 Other Ingredients to Consider

In the past we have made the following two variations of the subject principal beer barbecue sauce recipe. We look forward to sharing them here on Craft Beering in the very near future.

We use orange juice and either an American wheat ale or a citrusy, low bitterness IPA in this version.

We use balsamic vinegar and either a porter or a chocolate stout in this version. 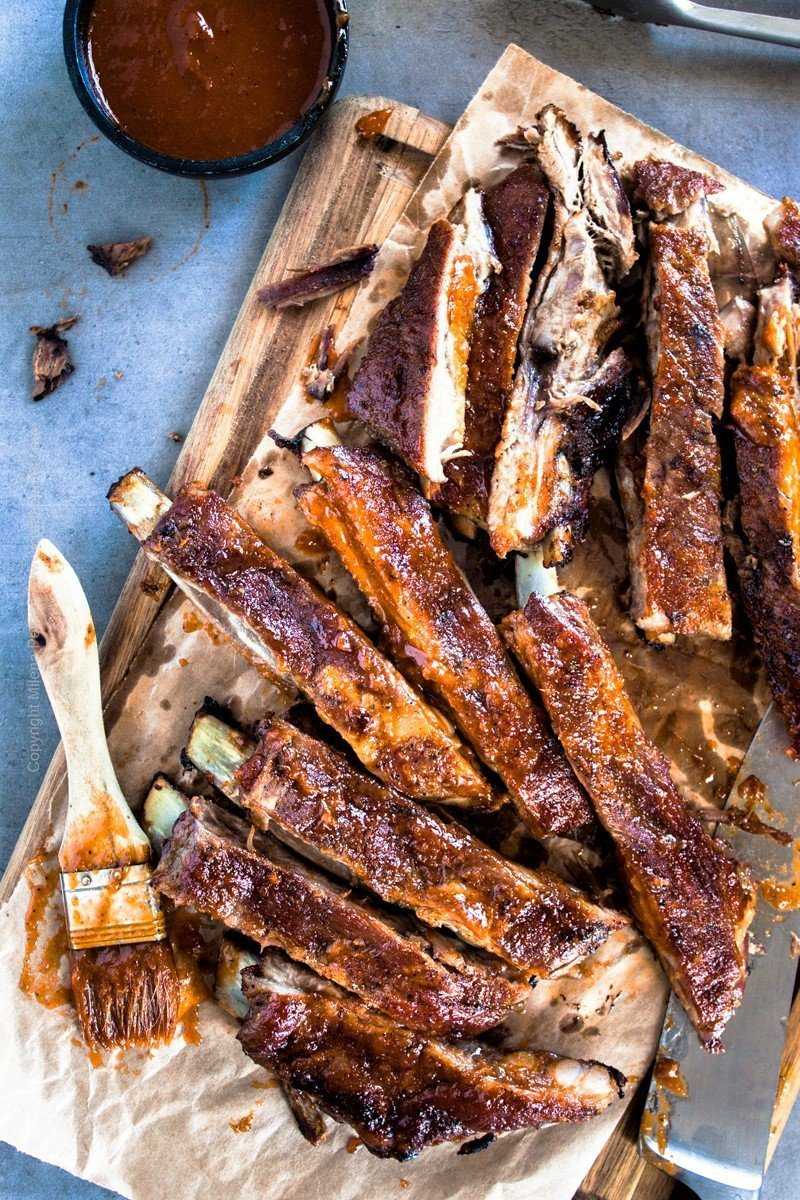 NOTE: For most of the ingredients listed you can use a close substitute. Consult the post for suggestions.

*Consult the relevant section within the post for specific beer style suggestions.

** Increase a bit if you are partial to stronger vinegary presence in BBQ sauce.

***We recommend that you make the beer BBQ sauce first, then taste and season it with salt as needed.