The never ceasing craving for the perfect Pilsner. Easily the most recognizable lager style the world over and one of the hardest to brew. Creating a true to style Pilsner is thought to set apart great craft brewers from not as accomplished ones.

Of these skilled Pilsner brewers there are a few in the beautiful, beer loving state of Colorado and we have rounded up a list of what we consider to be the very best Pilsner lagers born here. And where to find them. 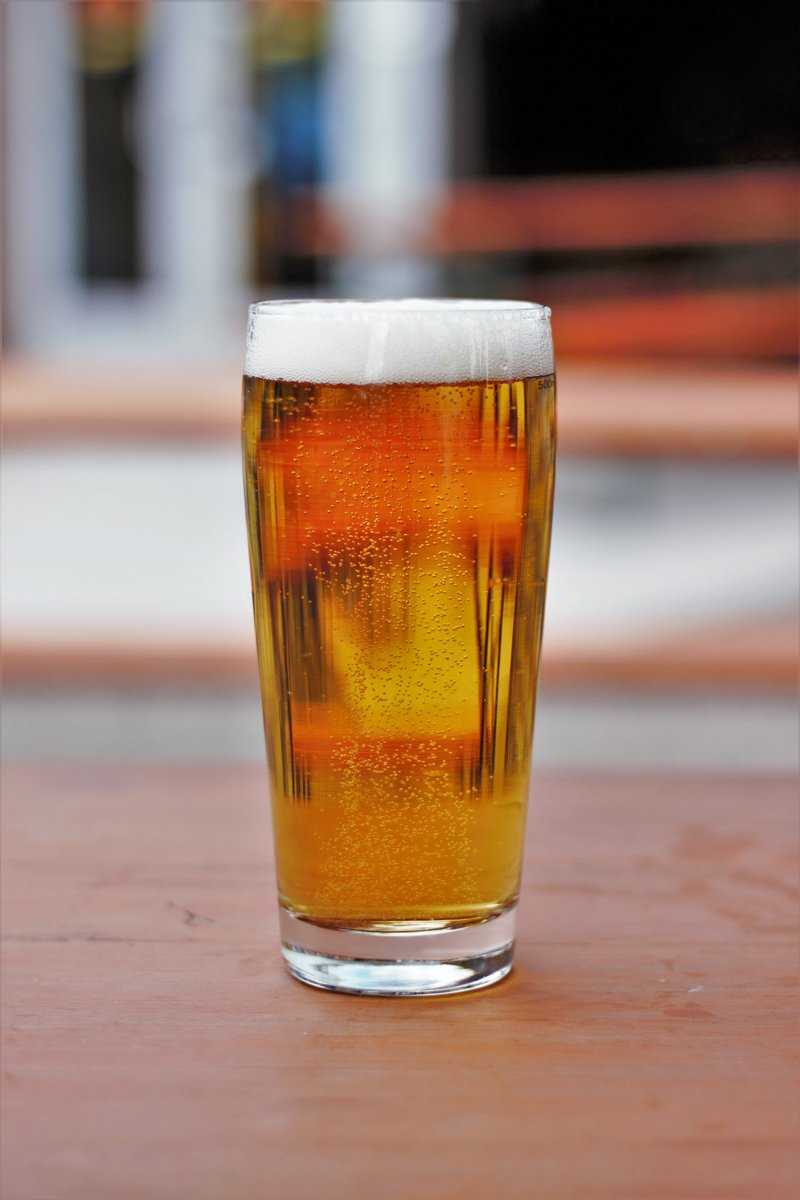 I grew up in a Pilsner drinking culture where the concept of a legal drinking age was generally considered nonsense and opening a pale cold lager to quench one’s thirst while strolling through the park or waiting for the bus/train was completely normal.

My very first experiences with beer drinking involved German and Czech (Bohemian) Pilsners. To say that I have become abnormally fine tuned to what a well crafted German Pils tastes like (and should taste like), how it differs from a Bohemian one or the sweeter Munich Helles style created to rival it is to speak the truth.

Pilsner is my beer. Real, sparkling, bready, grassy, earthy and herbal-ish bitter, sweet hay-ish Pilsner. I am stoked about writing this post – it provides me with an outlet for my total adoration of the best craft beer of them all:). Whereas I know I can effortlessly live the rest of my life without IPA or imperial stout, I will surely perish without golden hued delicious Pilsner. It is serious.

Chris is more of a fan of Dunkel, a predecessor of Pilsner, but appreciates the skill set and precision required in creating the golden lager. In our craft beering adventure he is much better than me at understanding what it takes to make an authentic Pilsner. 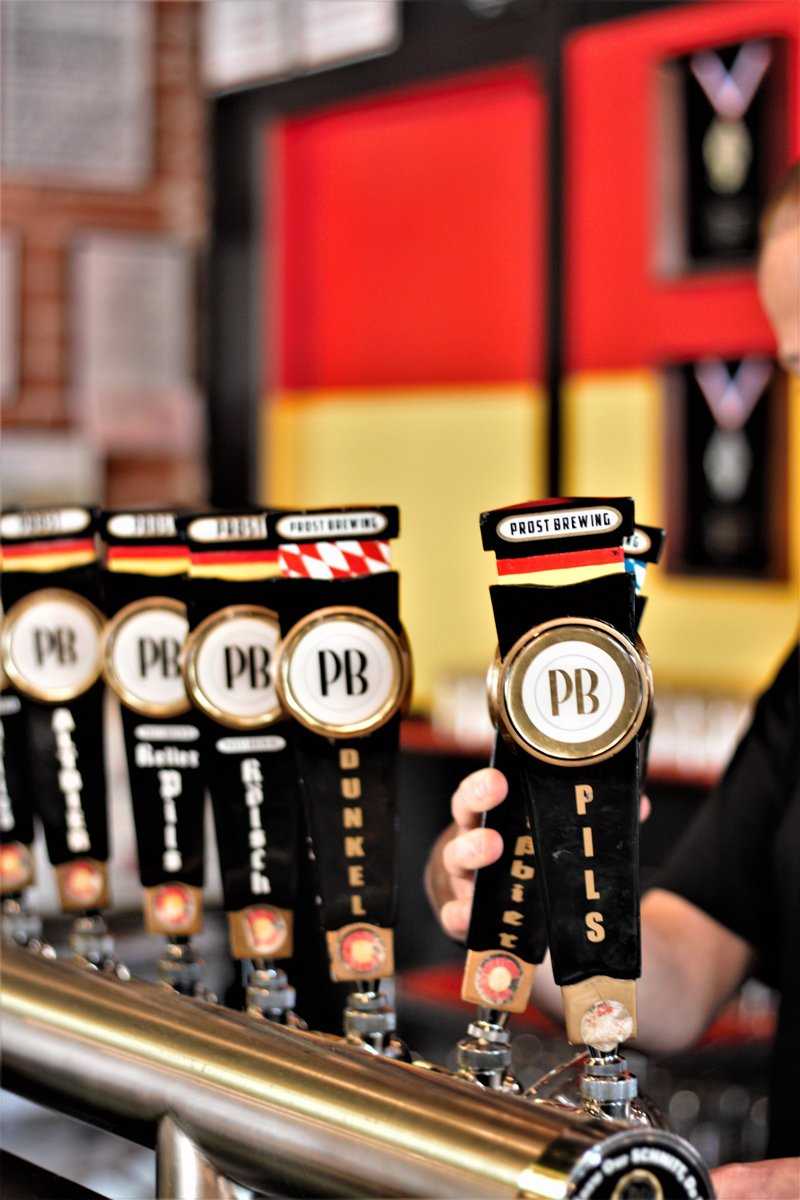 As far as the Colorado craft beer scene goes we both feel incredibly lucky to be close to the source of the amazing lagers we have listed below. If visiting colorful Colorado is in your plans, we hope you get to taste one or two of the best Pilsner brews our state has to offer – whether at the brewery or by way of picking up a six-pack as you head out for a hike.

Prost specialize in ‘the finest German specialty beer’. They have a tagline that says it all – ‘German heritage, Colorado proud‘. Cheers to that. Their Pilsner is what the quintessential German pilsner looks, tastes and feels like (pictured in this post’s featured image). Crisp and brilliant, with vigorous, impeccably fine bubble carbonation that is so fun to watch, straw colored and with the unmistakable spicy floral aromas of Bavarian Noble hops.

It has the distinctive subdued malt sweetness reminiscent of the flavor of water crackers, but is dominated by the snappy, earthy bite and subtle flower power of Hallertau Mittelfrüh, considered the epitome of Noble hops. With an ABV of 4.5% it is very appropriate as a first aid thirst quencher. Mostly, it tastes amazing and delivers sheer enjoyment, especially on a warm summer’s day. Truly worthy to be named a Colorado best Pilsner.

Prost Brewing Co. also make an unbelievably good Helles and you might remember about how we fight over their Maibock.. They are based in Denver, where they brew, distribute out of and treat patrons to a variety of other true to style German lagers and ales in a spacious taproom. Just over a year ago they opened a large tasting room in Old Town Fort Collins, complete with an outdoor biergarten (where we love to go).

They are also about to open a tasting room in Windsor, CO and are on tap at many locations throughout the state. You can actually buy their Pilsner in WI, WY and UT as of right now. 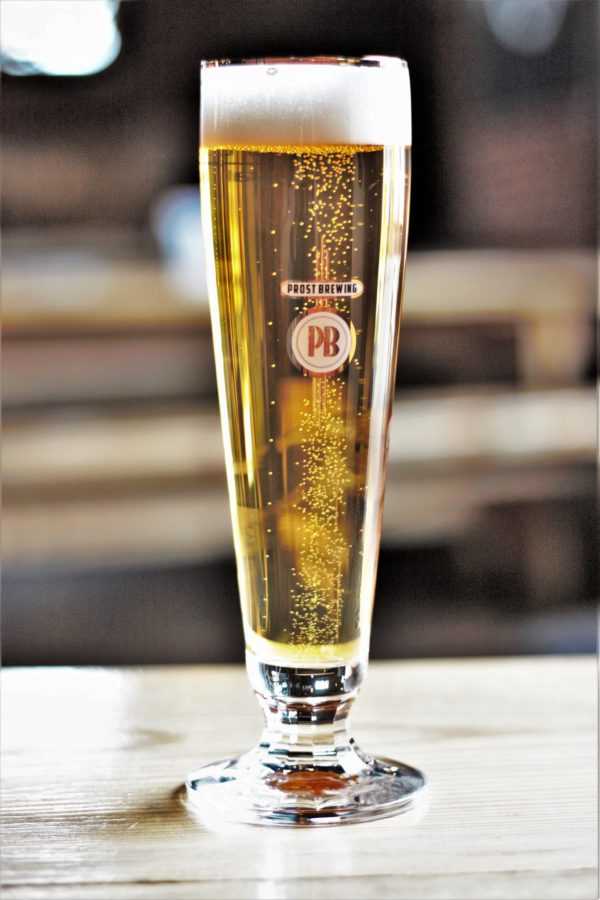 Enter the brewery we feel absolutely blessed to have in our neighborhood. Yeah. One of the best in the state and we live nearby. It will not be a stretch for me to say that we won the craft beer lottery by virtue of the fact that we can go enjoy their authentic German Pilsner under the shade of the trees in their garden. Any time. We could walk to their location.

Their Pils is crafted in the traditional Southern German style. It is lagered with German yeast which contributes those unmistakable bready-ish notes to the malt dominant flavor of the beer. It is immensely flavorful and crisp at the same time, with confident grassy hop presence and satisfying dry finish. With an ABV of just over 5% it is perfect to enjoy a few of, especially after a bike ride. As far as we are concerned it is the best Pilsner brewed in Fort Collins.

Zwei’s Pils is on tap at various Fort Collins and increasingly more statewide locations. They are still young and small, but with a brewing talent and execution of such magnitude we are certain that great things are coming for them. 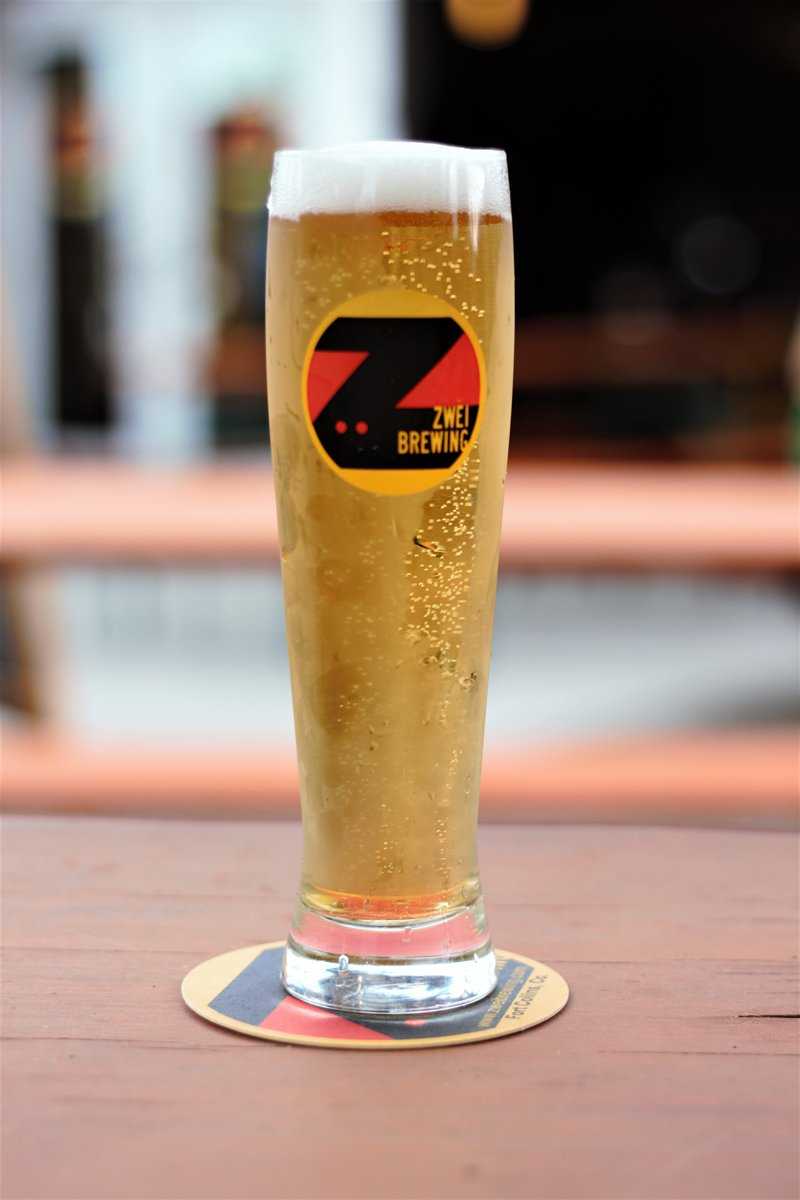 These guys make an unbelievably good Bohemian Pilsner. It is called 3 Golden Hairs and it is as true to style as it gets, barring the fact that the water used to brew the lager is not from the Radbuza river in Plzeň. The soft water in the Loveland area though tunes down the bite of the Saaz hops just like that famous Czech soft water does and contributes to a refreshing, aromatic, biscuity flavored crisp Pilsner.

Grimm Brothers also makes traditional German styles – we wrote about their beautiful Kottbusser in this post. They distribute state wide in cans and bombers so 3 Golden Hairs and their other signature brews are not hard to get a hold of. We love visiting the taproom in Loveland (it used to be a weekly pilgrimage when we lived in Estes Park).

Loveland is so close to Fort Collins – it is possible to hit the Grimm Brother’s tap room, Zwei Brewing and the Prost Brewing tasting room in Fort Collins on the same afternoon. 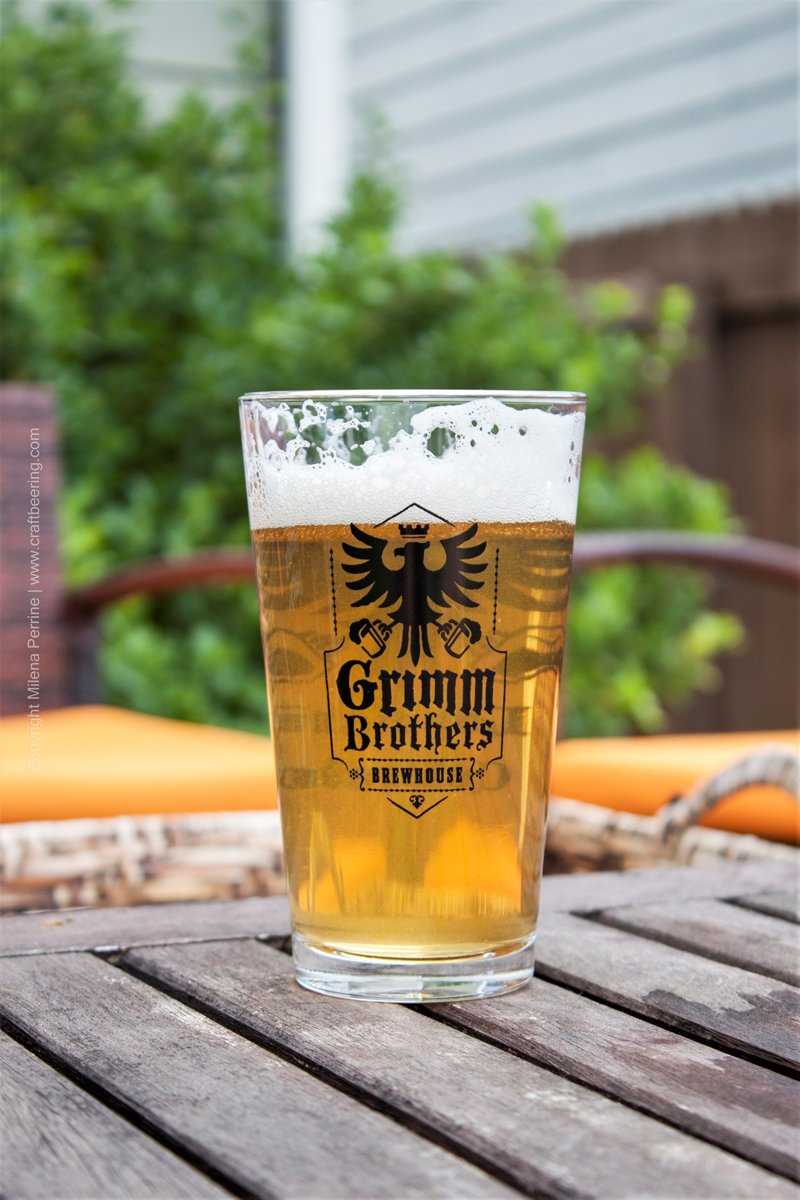 These are our top three Pilsners born in Colorado. They are as true to the real thing (German or Czech) as you can get in our state, brewed with traditional ingredients. There are several great Pilsners made using domestic hops that are pretty good, of which our top pick is presented below.

These guys are well known nationwide, mostly for their Milk Stout and nitro series. They do however make a very clean and flavorful German style Pilsner called Polestar. They use nontraditional domestic hop varieties and their skill is evident in utilizing just the right mix of them to create the effect of the traditional Noble hops – great fresh cut grass like support for the lager’s sweet, biscuity notes and quintessentially Pilsner-y bitter, dry finish.

Overall the extremely refreshing Polestar Pilsner tastes very true to style and has an ABV of 5.5%. It is available nationwide – in fact you can use this nifty beer finder to see if you can buy it in your state. We do recommend visiting the taproom if you are ever nearby, but enjoying it along with views of our beautiful state works too. 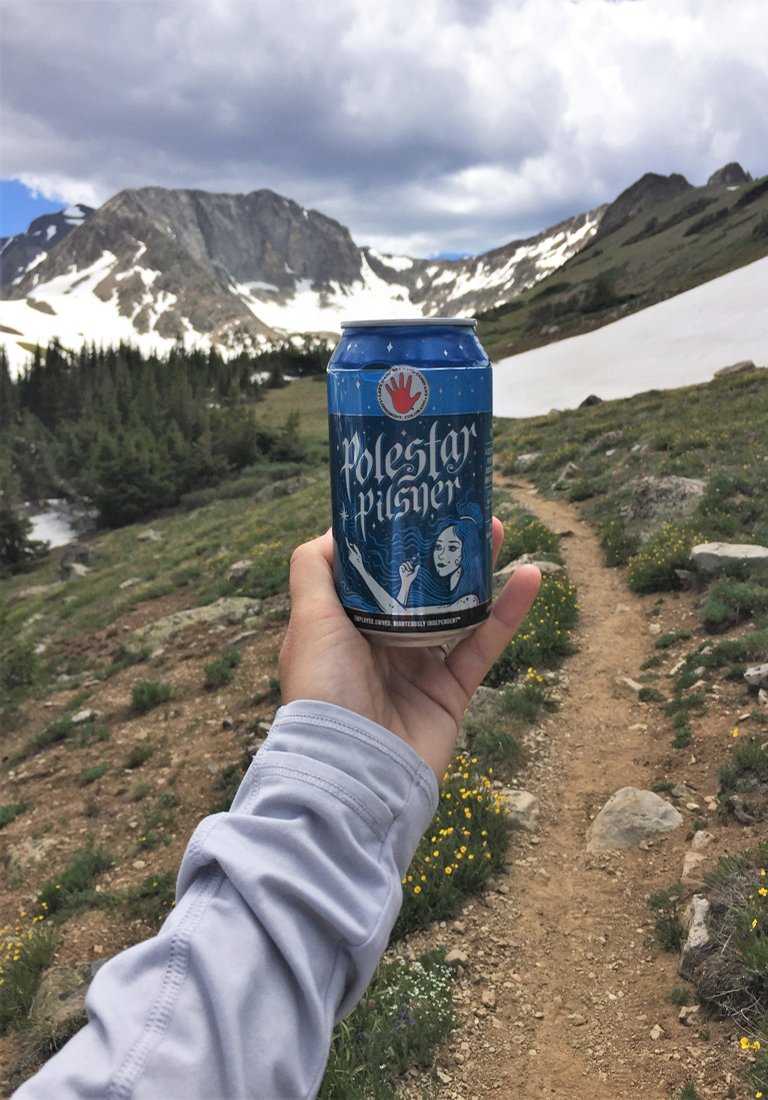 The most exciting thing about Pilsners at this point in time is that they seem to be becoming more popular. People seem to be realizing that a well crafted Pilsner is not in any way close to the mass produced tasteless, adjunct ‘lagers’ using GMO ingredients that are associated with the words golden lager. Perhaps as more people discover the difference more brewers will take on the challenge of crafting the most genuine, best Pilsner possible. I hope I am not just dreaming:)