How to mix a grapefruit shandy – the refreshing version of the popular Bavarian radler and a direct descendant of the Shandygaff. 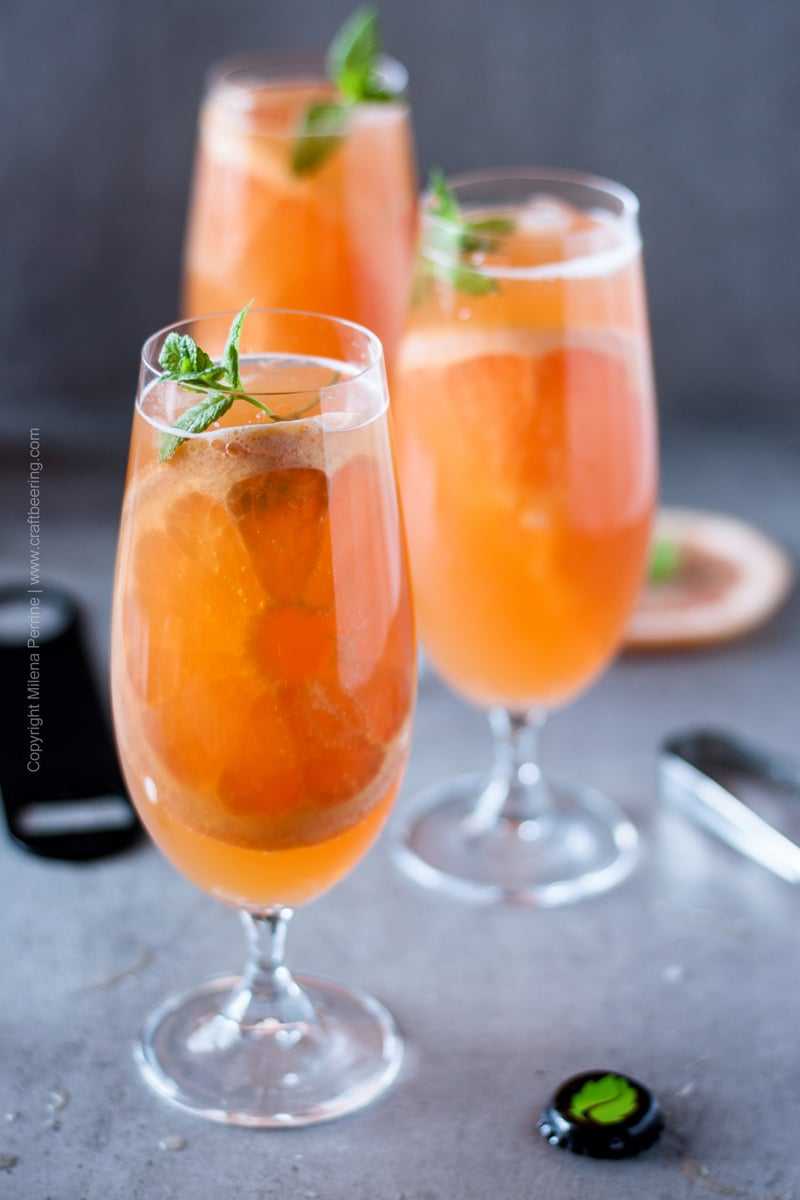 What is a Shandy?

By definition a shandy is a low alcohol blended beer and the term is thought to have originated in Britain. The name Shandygaff was originally used in reference to a blend of beer and ginger root brew.

Over time the shandy part remained to mean a beer mixed with a carbonated non-alcoholic beverage. Initially bitter British ales (sometimes called bitters) were used to mix a shandy whereas today all sorts of beer styles, from lagers to wheat beers are being used. (Try this delicious Farmhouse Shandy). In contemporary day Britain, pubs use 7Up or Sprite as the mixer. Neither one tastes anywhere as good and refreshing as a German Zitronenenlimonade though, which is the classic mixer for Radler.

In addition to sparkling lemonades and sodas, non carbonated fruit juices can be used to mix a shandy. This is a popular practice in the US to the horror of many Europeans. I actually love to add freshly squeezed grapefruit juice to a glass about 3/4 full of piney, dunk Pacific Northwest style IPA. It works miracles. It is perhaps the only way I personally get to truly enjoy this IPA style.

The strongest version of a shandy out there consists of pretty much a full glass of beer with just a splash of lemonade. It is known as Lager Top and similarly to Radler’s classic Munich Helles uses lager.

Before I get started praising the virtues of the grapefruit summer shandy craft beer cocktail let me reference the notion of grapefruit beer. 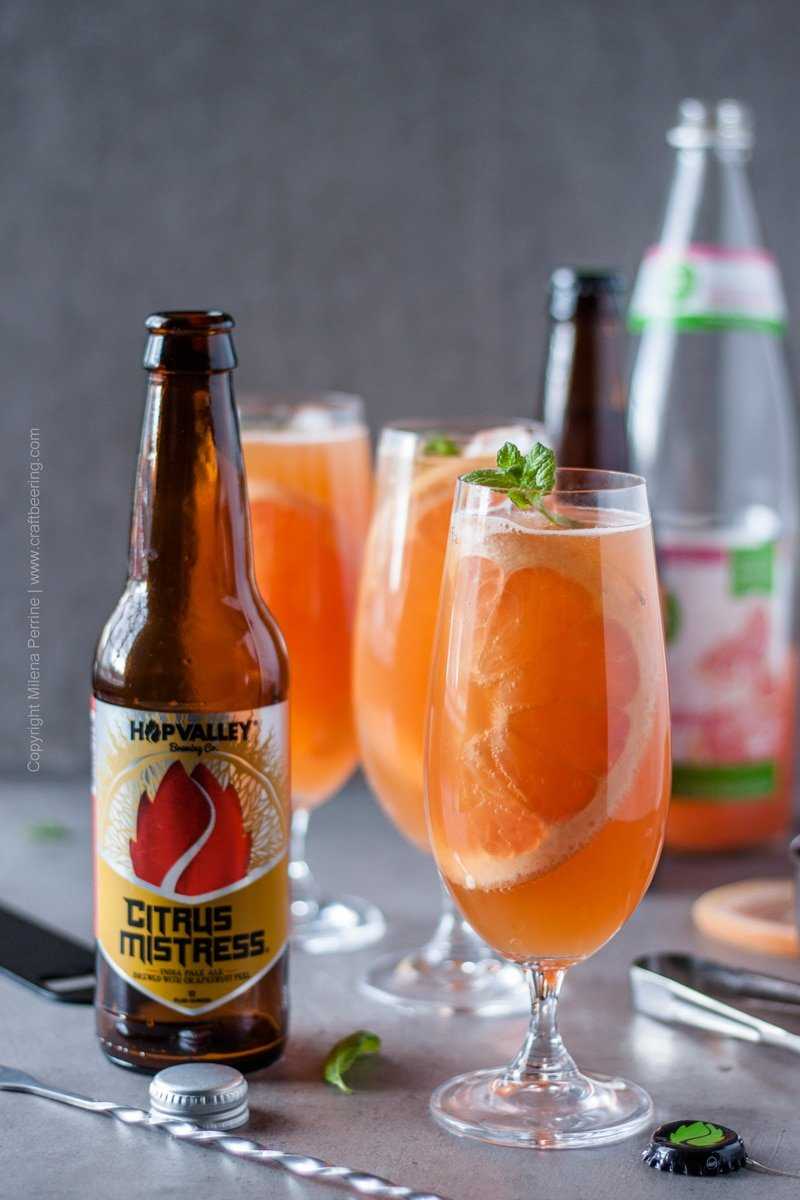 The refreshing citrusy aroma and flavor of grapefruit are especially coveted by craft beer fans. In the US hops such as Simcoe are sought after for lending a grapefruit like character to the pale ales and IPAs they are most commonly used to flavor.

Other hop varieties known to impart grapefruity flavors and/or aromas are Citra, Mosaic and Nugget.

Frequently, beers using these hops are brewed with the addition of grapefruit and are referred to as grapefruit pales or IPAs but grapefruit beer is not a style per se.

In general, IPAs brewed with fruit to enhance the hops are known as fruit IPAs. However, they do not comply with the officially defined guidelines of the fruit-beer categories of the Brewer’s Association – American-Style Fruit Beer, Fruit Wheat Beer and Belgian-Style Fruit Beer.

A grapefruit IPA or a grapefruit beer are then quite loose as notions. Nevertheless many people use the terms and you will be clearly understood if you did too.

For example the Hop Valley Brewing Co. Citrus Mistress IPA we used for this post is brewed with grapefruit peel in addition to a medley of four hops, one of which Simcoe.

It definitely makes sense to refer to it as a grapefruit beer/grapefruit IPA. It has a piney and unmistakably grapefruity nose and pours a beautiful burnt orange color (the direct result of Munich malts in the grain bill). There is a confident grapefruit flavor in it, but the bitterness is distinctly American hops. ABV 6.5% and IBU 80. 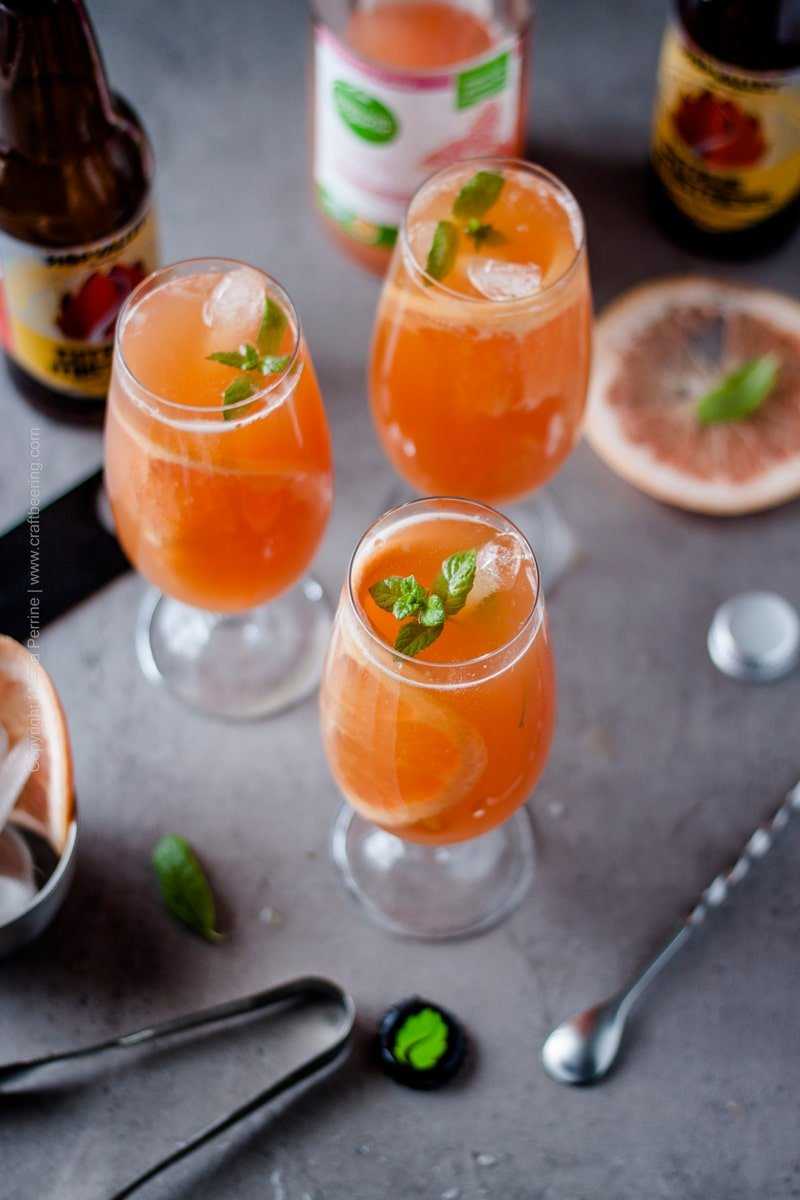 The popularity of shandies and radlers has motivated quite a few breweries to brew beers with their characteristics. You can pretty much go to the store and buy a shandy or a radler.

The majority of these ‘pre-mixed’ drinks are overwhelmingly sweet, even though smaller craft breweries seem to be making a serious effort to address this fact by creating more balanced and hoppier versions. We do have a few local favorites.

In our opinion mixing your own shandy is by far a better option to buying a commercially made one.

To begin with you are free to select the base beer style and choose a more bitter brew if you please. Secondly, you can choose between a really sweet fruit flavored soda or one with more restrained sugar content. Most importantly – you are in control of the beer to soda ratio and can mix your shandy to suit your individual taste.

Steps to Make a Grapefruit Shandy 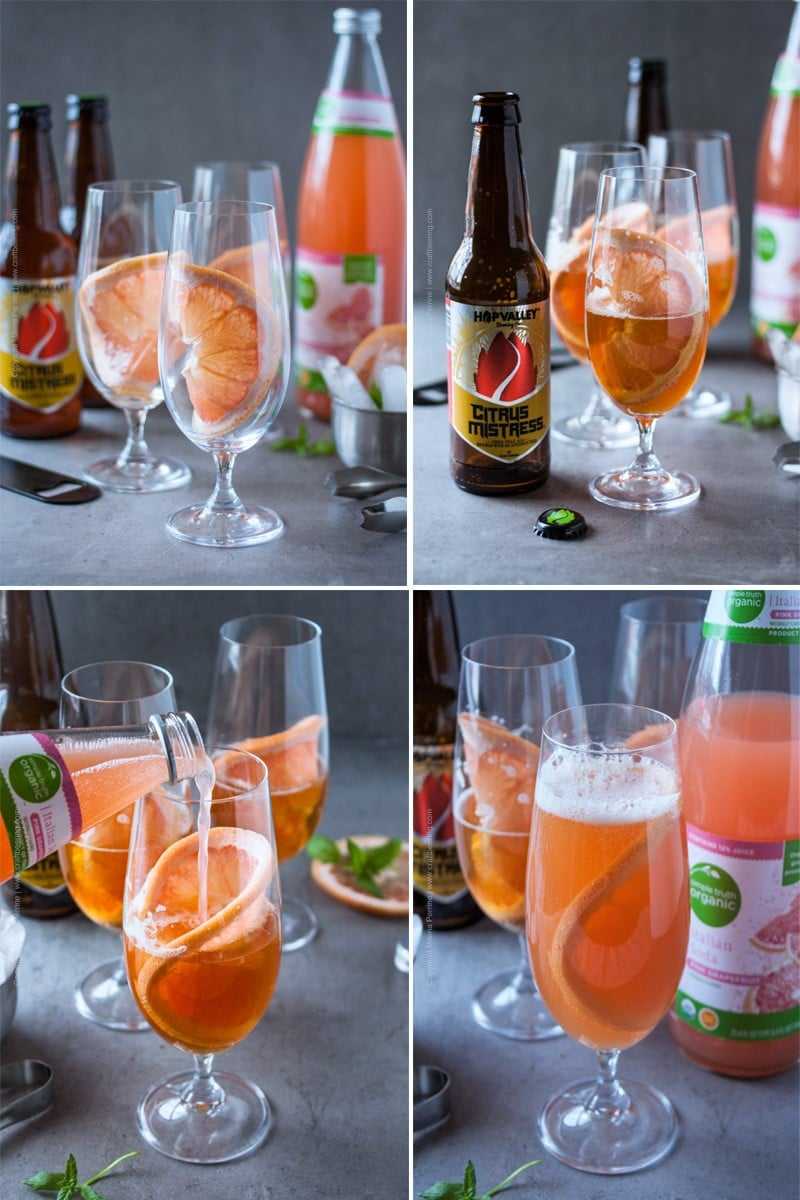 Mixing a grapefruit shandy is as easy as pouring beer and soda in a glass. You can spruce up the mixture a tad bit by using simple garnishes to activate more of the senses. 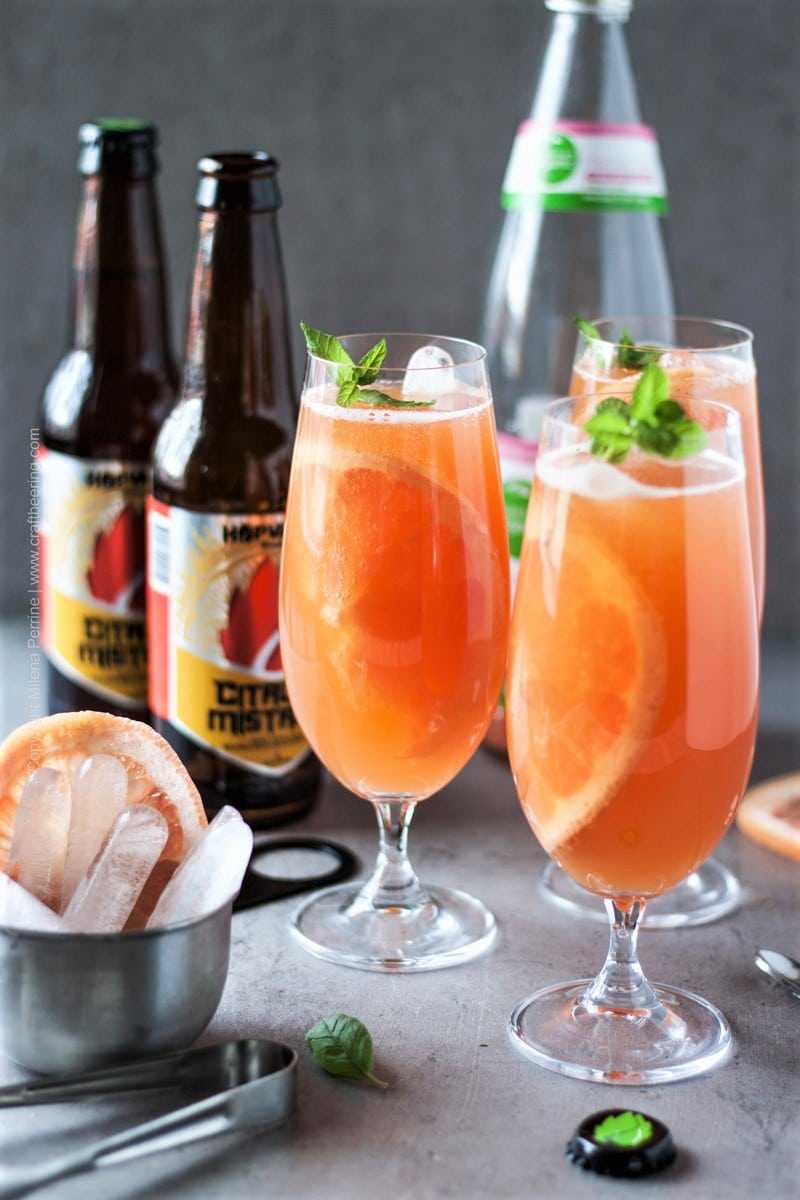