How to mix Irish Car Bomb drink plus a few relevant tidbits. 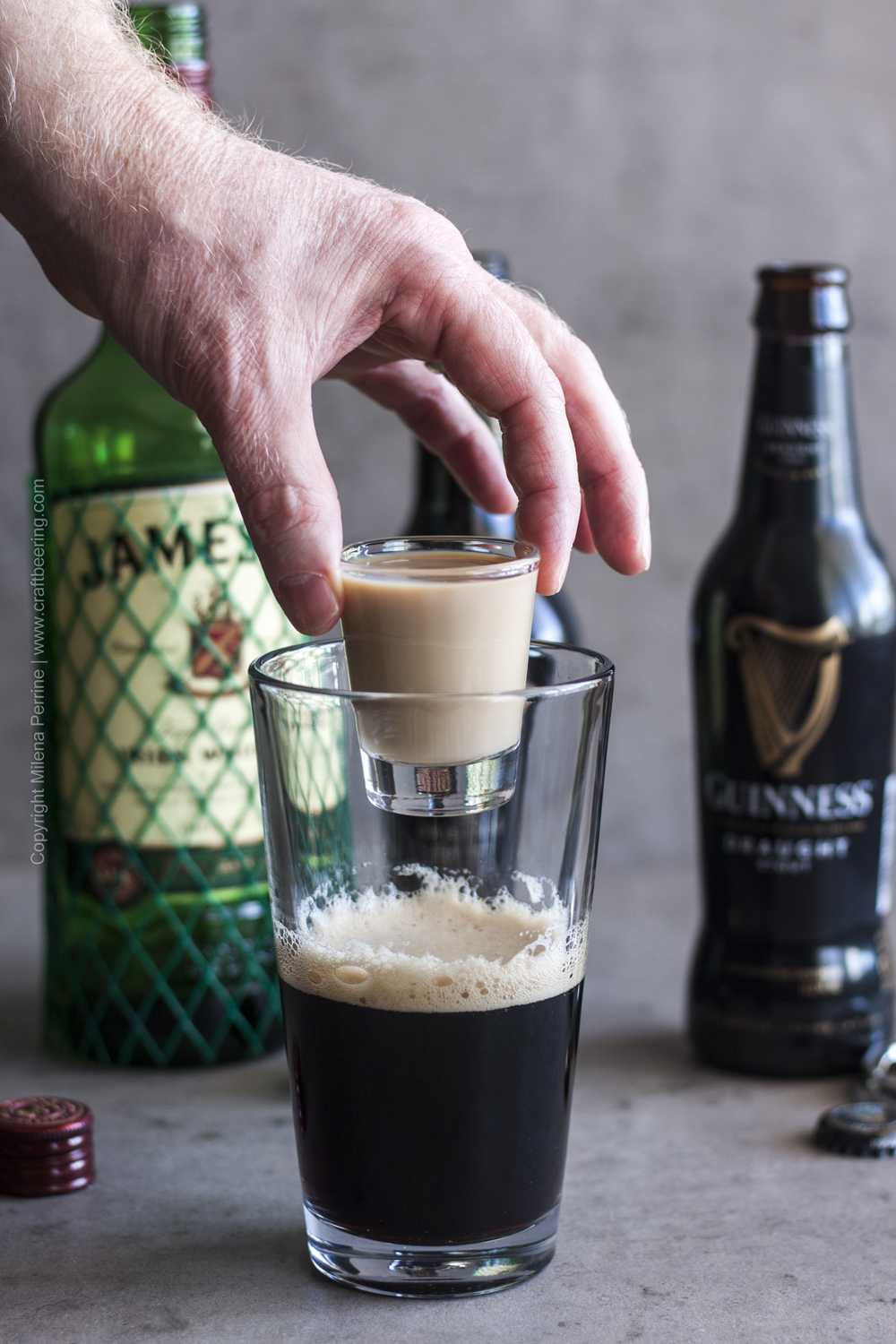 The Irish Car Bomb frink is one of the most delicious shots you are likely to taste.

It is a bomb style shot and consists of a mix of Irish cream and Irish whiskey which is then added to Irish stout. Once the liquor combo makes contact with the ale there is vigorous foaming. The fizzy outburst can be likened to an ‘explosion’, hence the bomb metaphor.

The Irish part of the original name is obvious. The car component on the other hand is linked to a tragic part of Northern Ireland’s history known as the Troubles.

During the period between 1968 and 1998 Irish nationalist groups (IRA, Catholics) and unionist groups (UVF, Protestant) fought over the matter of Irish independence from the UK. The conflict involved various act of violence. Very often amateur bombs (sometimes called ‘coffee jar bombs’) were hidden in vehicles as ways to strike against the other side. Many lives were lost and even more scarred beyond repair.

The drink was invented and named in the US, most likely without much consideration for the painful memories the bombings hold for many. Similarly to not asking for a Black and Tan when visiting Ireland you should not ask for an Irish Car Bomb. It would be extremely culturally insensitive.

In fact, even bartenders in the US have stated that they’d rather be asked to mix name variations such as Irish Slammer or simply an Irish Bomb. 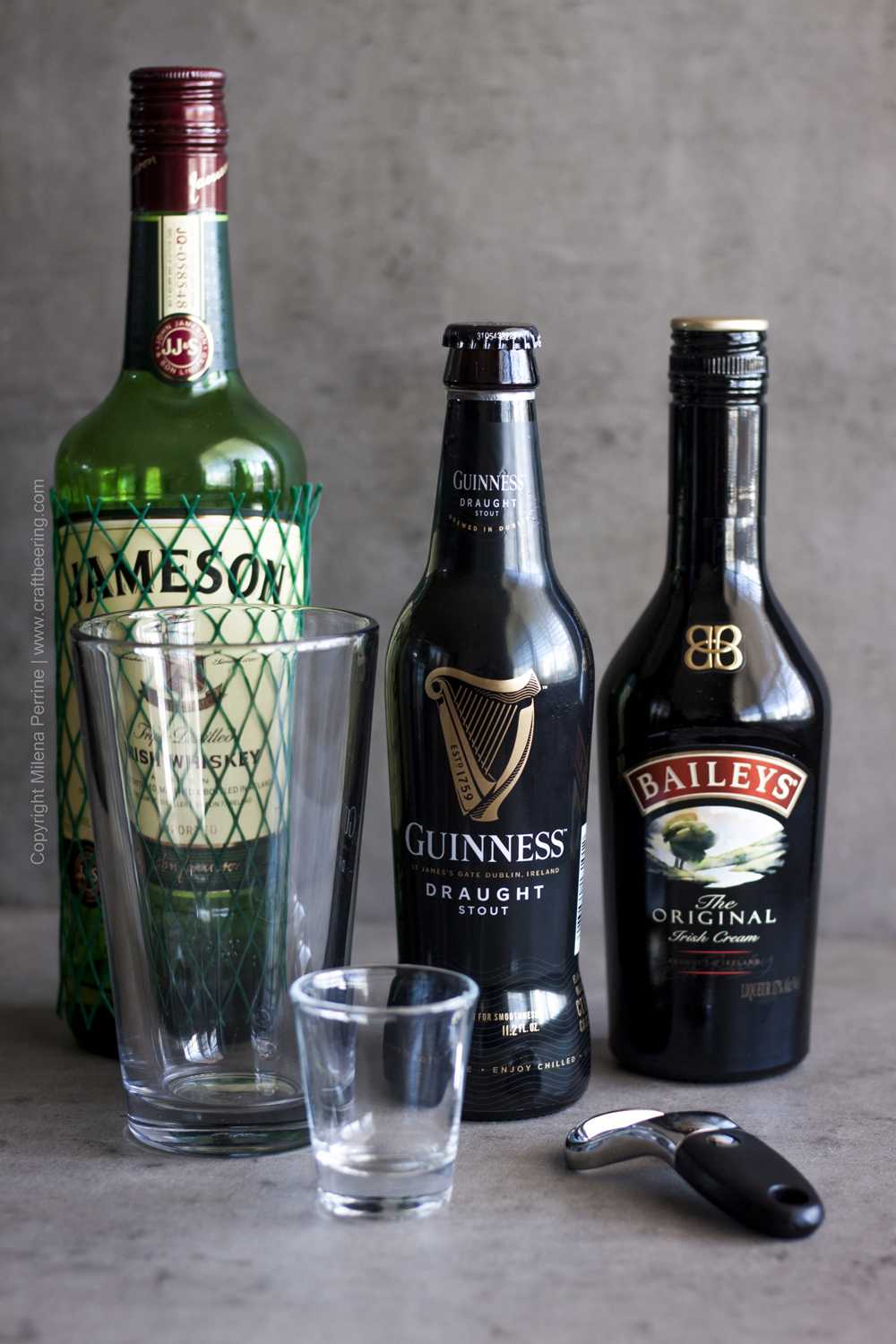 How to Drink Irish Car Bomb

The rule of thumb is to drink it fast – as soon as the Bailey’s and Jameson mixture has been dropped into the stout.

Once you have both glasses in front of you

Picture snapped just before the cream could curdle.

The short answer is yes.

In fact, the curdling of the Irish cream is the key reason for this beer cocktail to be consumed in the hasty manner of a shot even though the quantity of the concoction by far exceeds that of most other shots.

The cream in Bailey’s can and is very likely to curdle once in contact with the Irish stout. Acid and heat both cause cream to curdle – its proteins denature and bind together, separating from the water and forming tiny lump masses. Beer in general and stouts in particular are acidic beverages. If in addition to that the Guinness and the Bailey’s were not chilled curdling is guaranteed.

So do not waste time – bottoms up! 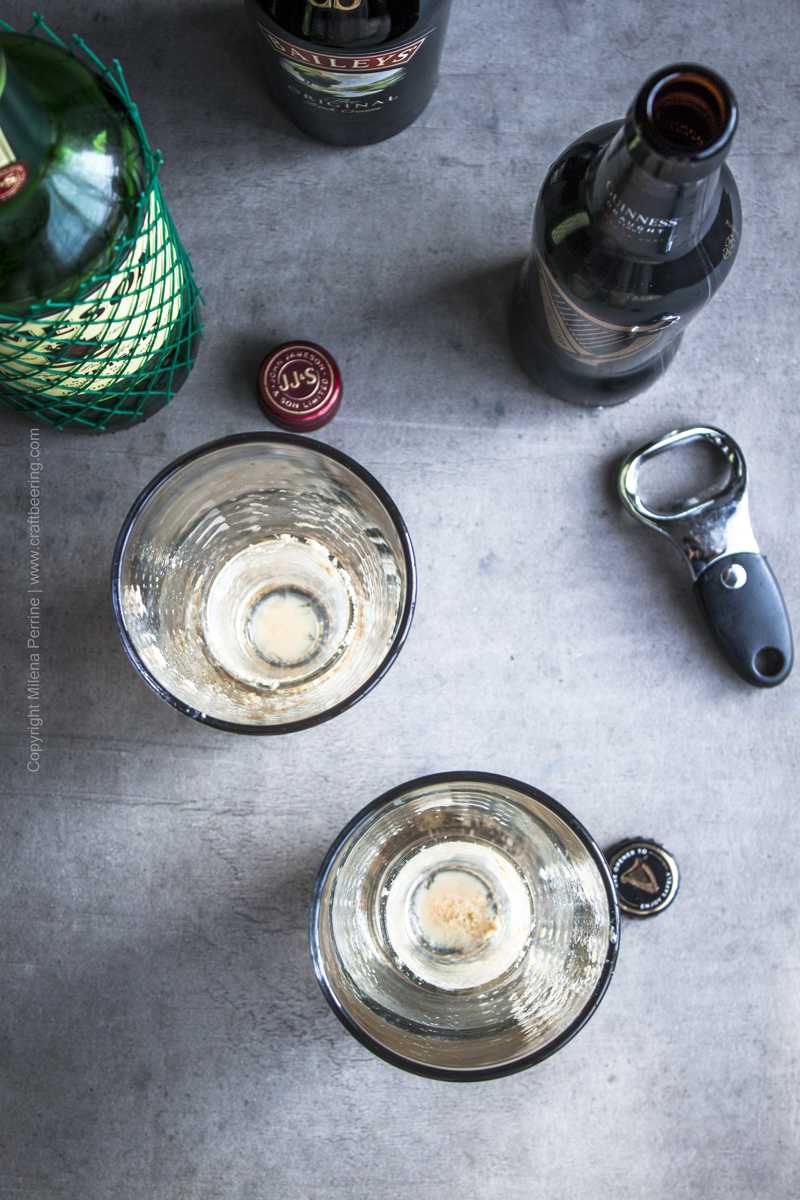 Drink responsibly. As innocently sweet as this shot tastes it is quite strong.

Fill a shaker pint with Guinness to a level that just exceeds the height of the shot glass you are using.

Fill the shot glass half-way with Bailey's and top with Jameson.

Once the foam of the stout has subsided a bit drop the shot glass into the beer glass.

Drink immediately (before the cream has had a chance to curdle).

Be mindful of the shot glass inside the pint glass and protect your teeth!!