Limburger is the kind of cheese that you will either love or hate. Few remain indifferent to it. 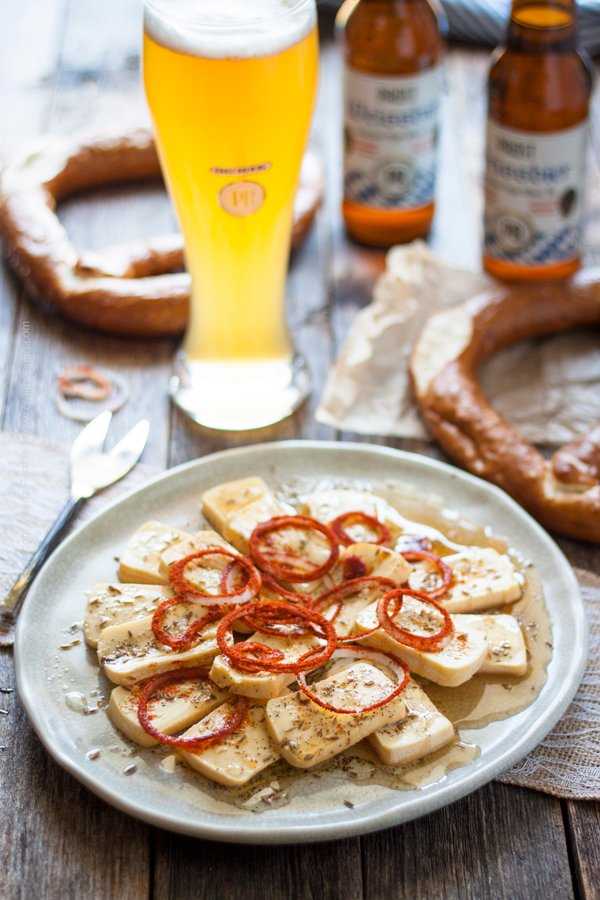 In this post we show you how to make a popular beer garden menu Limburger cheese salad and we pair it with one of Germany’s best loved beer styles – Bavarian hefeweizen.

What is it exactly?

Limburger cheese (aka Limburger Käse) is a semi-soft cow’s milk cheese with a washed rind, straw yellow color and a very smooth texture. Many are simply enamored with Limburger yet for others their first taste of the cheese is their last. Why so? 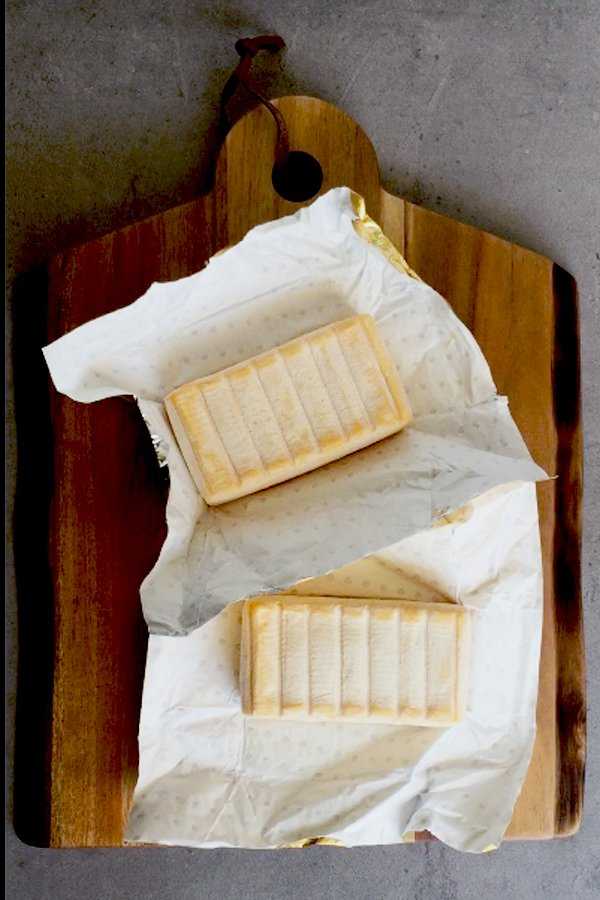 Limburger is a stinky cheese. Not necessarily the stinkiest out there, not even close. It simply has a very specific smell to it that many people cannot handle. It is often said that it is the type of smell and not its intensity that people disagree with.

You see, Limburger’s smell reminds one of the odor of stinky feet.

The reason for that is the workings of a bacterial species with which Limburger cheese is smear-ripened. It is called Brevibacterium linens and is also present on the human skin. In a moist environment it produces the same smell.

Given the nature of its smell, taste-wise the cheese surprises with very pleasant grassy and earthy flavors. Some hints of mushrooms and a very mild tangy finish. A comparative way of addressing the texture and taste of Limburger is to emphasize a strong resemblance to ripe brie or raclette.

Its high fat content gloriously coats the tongue and makes the cheese a great partner to sharper flavors such as the astringent bite of onions. We happen to love it! 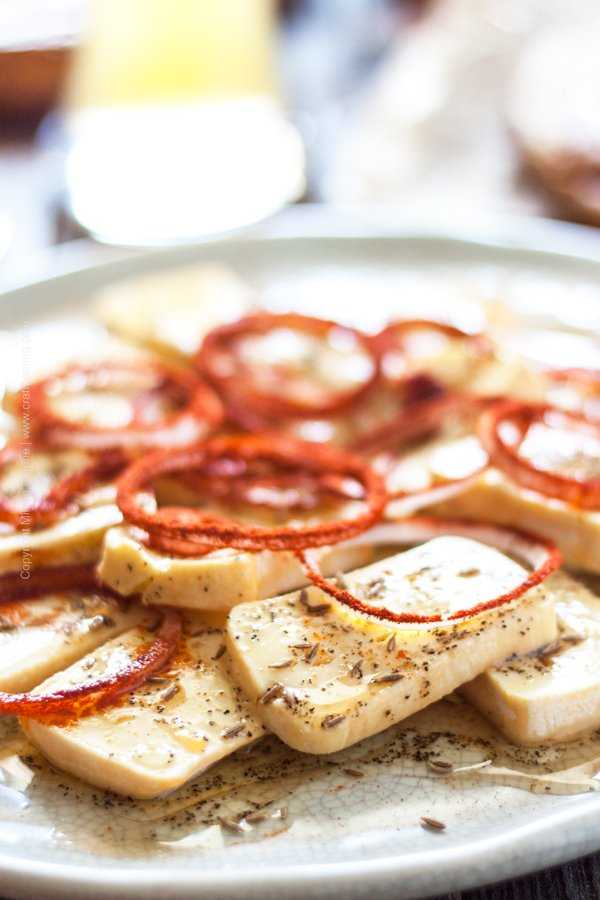 Brief History and How It Is Made

Limburger cheese hails from a region in Europe known as the Duchy of Limbourg as far back as the days of the Roman Empire. Today the area is known as the province of Liège in the Walloon region of Belgium. Parts of the former duchy actually fall in the territory of today’s Germany and the Netherlands.

The creation of the cheese itself dates back to the early 19th century and is credited to a Trappist monk. Leave it to the Belgian holy men to make a cheese that simply screams to be paired with an effervescent flavorful beer, right? (For beer pairings see the list under the recipe card).

Currently Germany is the largest European and worldwide producer and Limburger is generally considered to be an all German cheese, despite its history. It is so well loved in the country that its annual consumption rivals that of Muenster, Butterkäse and Camembert.

In the US currently there is only one manufacturer of the cheese and it is, of course, located in Wisconsin. The Chalet Cheese Co-op in Monroe makes a fine Limburger and honors the traditional method of hand salting the curd and smearing the shaped cheese blocks with the landmark bacterial solution.

The cheese is then left in a ripening cellar for three months until it matures. The Brevibacterium linens breaks down the proteins in the cheese causing it to soften from its originally firm and crumbly, feta like texture and imparts the infamous smell.

Watch this short video about how Limburger cheese is made if you are interested. 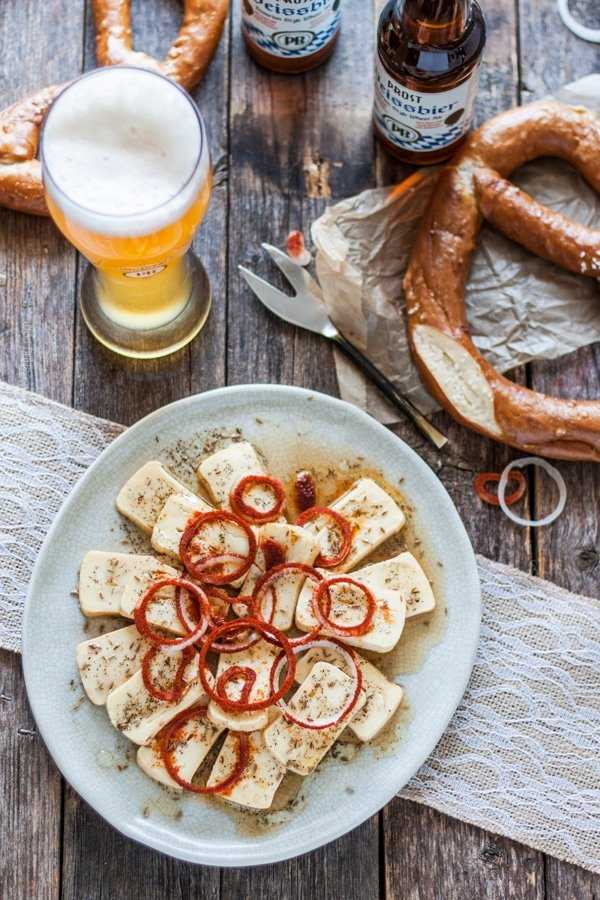 How to Eat Limburger Cheese

NOTE: Limburger cheese should be consumed shortly after purchased. The bacteria continue to work after the three months of ageing and unless you are very adventurous and actually crave an even more robust stinky cheese smell (the flavor doesn’t really become intolerable) it is best to eat it shortly after you brought it home. 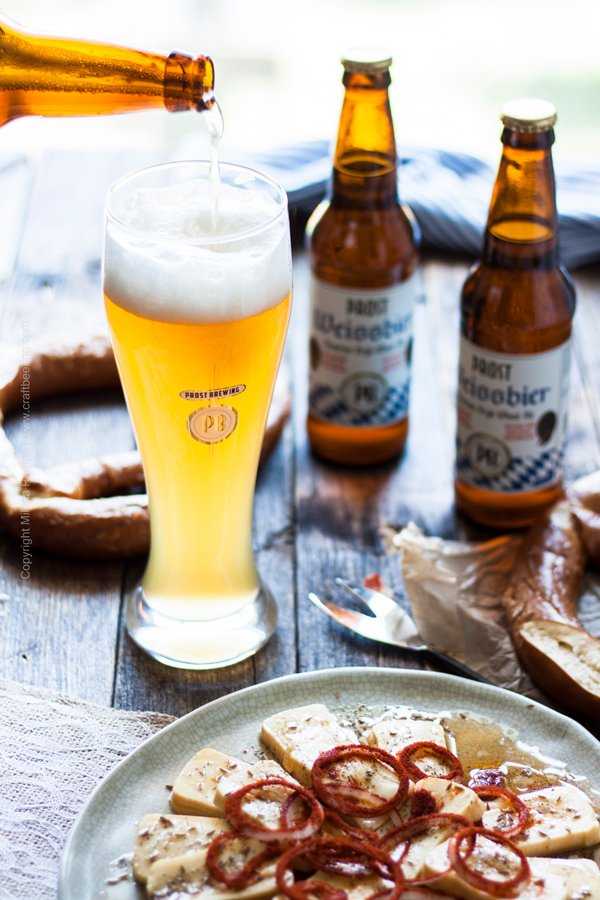 Beer and its unmatched carbonation is definitely the beverage of choice to pair with Limburger cheese. It effortlessly cuts through its fatty richness and stands up to its aroma and flavor in a uniquely cleansing interaction courtesy of the tongue scrubbing like impact of the fine carbonation bubbles.

Look among the flavor intense German and Belgian styles as the best partners for Limburger cheese.

Where to Buy Limburger Cheese

You can find Limburger cheese for sale in the specialty cheeses cooler of your grocery store, at dairy/cheese shops and even on Amazon!

Besides the Wisconsin made cheese sold under the brand Country Castle I referred to earlier there are several German brands that are regularly imported in the US. Of those the Bavarian made St. Mang is the most popular.