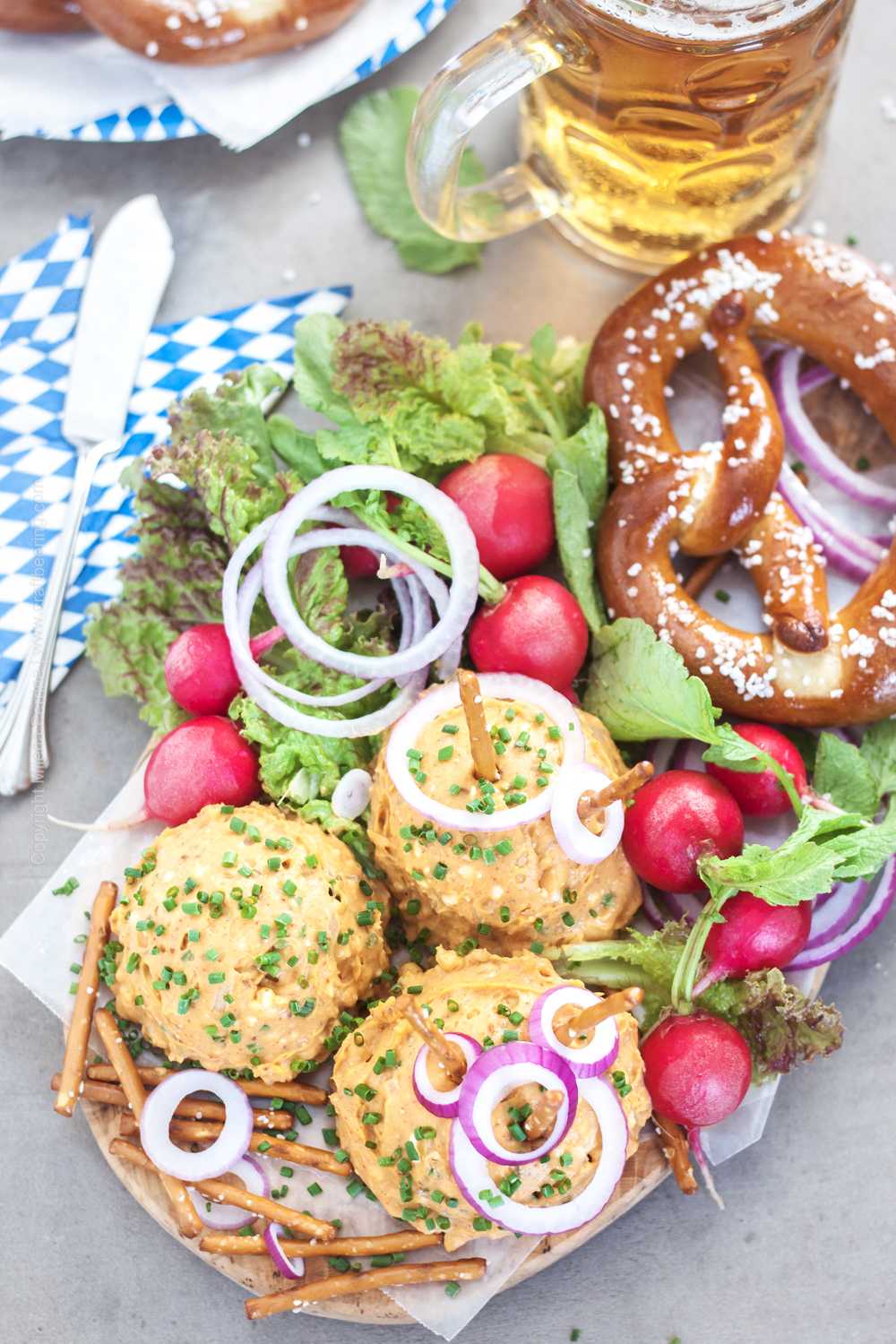 Obatzda is made with soft, ripe cheese – most commonly Camembert, spreadable cheese, butter, beer, spices and onions. It has complex, well balanced flavors and even though it is quite rich (a bowlful can go a long way) it actually tastes light.

The actual Bavarian word for this cheese dip is ‘Obatzter‘. You can also encounter it spelled as Obazda and in the Franconian region of Bavaria it is known by the name Gerupfter or Gerupfter Käse. Translated from Bavarian dialect the word Obatzter means something that was mixed or pressed. 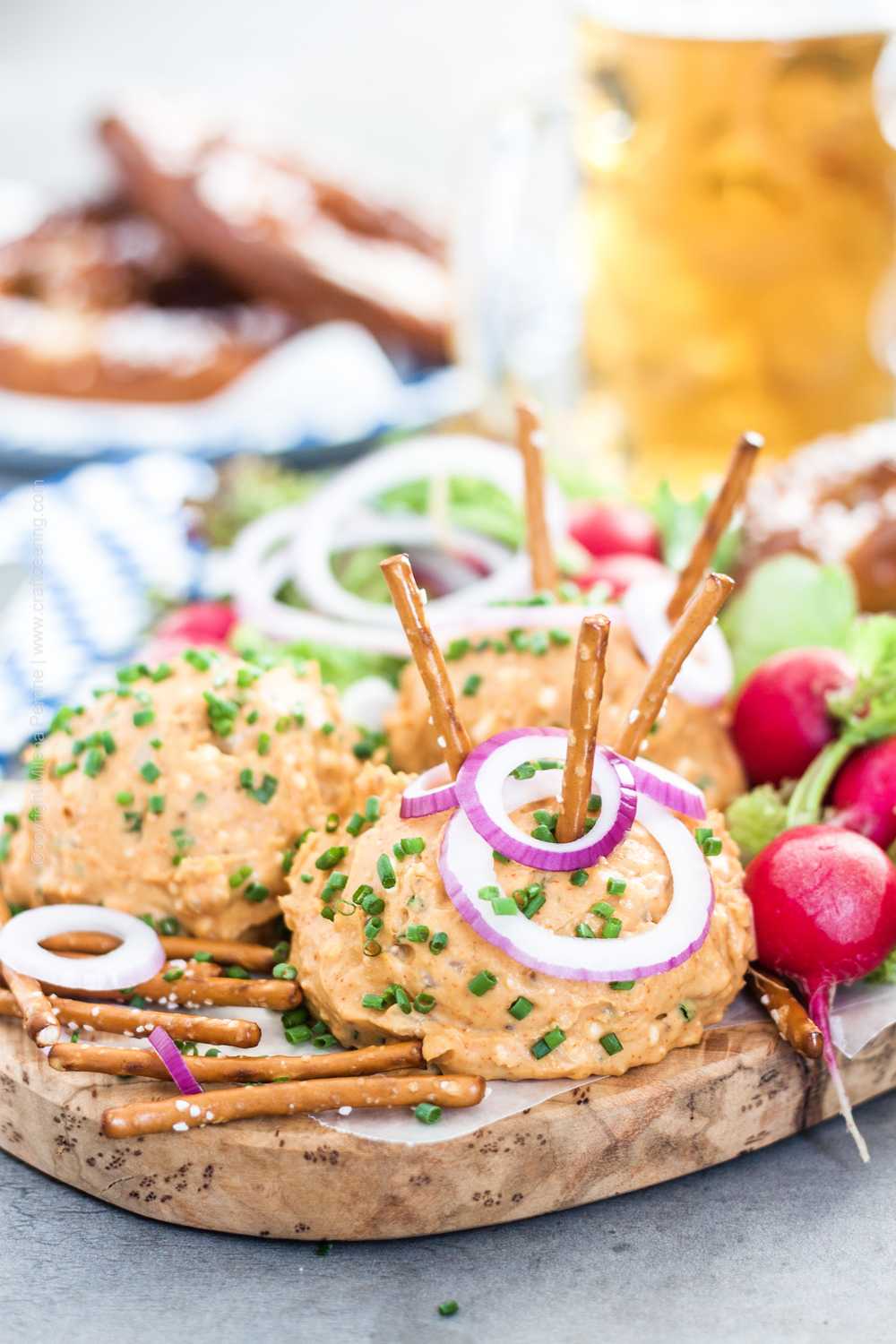 How to Make Obatzda – Step by Step Pictures

Authentic Obatzda has a light salmon color (some say light brick) derived from the sweet paprika. It is often served as a snack between meals, known as Brotzeit.

If you go to Bavaria you are guaranteed to find the cheese spread on beer garden menus everywhere as well as among the offerings of cafes and restaurants with outdoor terraces. It is also commonly sold in supermarkets, just like Wurstsalat.

As with many cheese based dishes Obatzda was invented out of economic necessity and gained popularity on the merit of its ease of preparation and appealing flavor profile. It first became popular in the early 1900s.

In order not to waste (as in discard) older soft, ripe cheese past its prime the Bavarians began to press it (mix it) with spices, butter, a splash of beer and onions to create what evolved as the now well known specialty (no longer made with old cheese of course).

The caraway seeds added to the dip are a traditional German spice known for their ability to aid digestion, but they also add a depth of flavor, especially in combination with the paprika. 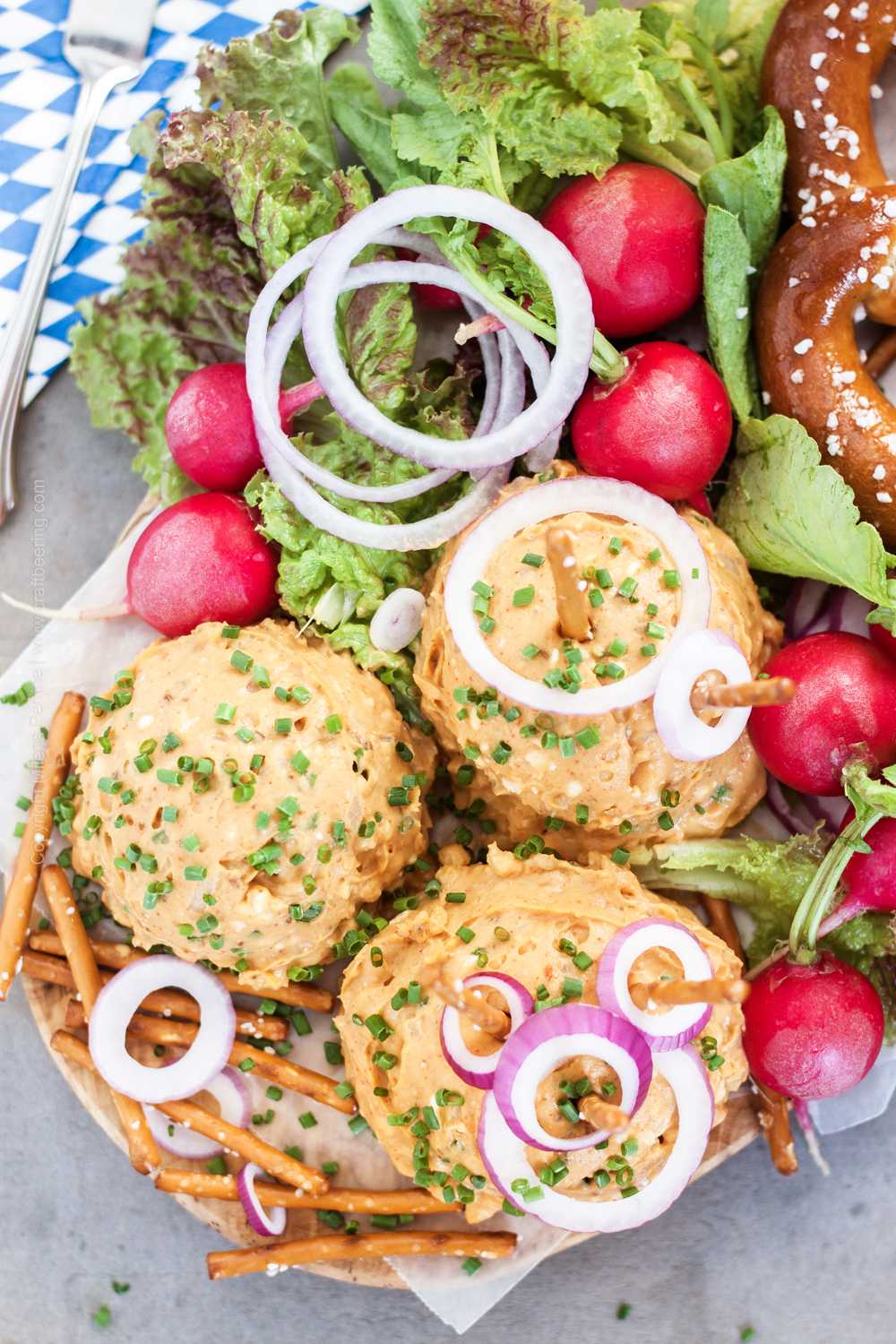 Helpful tips, beer choices and serving ideas under the recipe card. Be sure to read them as they will address a variety of questions you might have as you shop for the ingredients and prepare the dip.

Note that Obatzda can vary in taste and also in consistency. There isn’t a single best way to prepare it. I’ve rounded up these tips to address any reservations or questions you may have.

The choice of beer for Obatzda is important as the beer directly imparts flavor to the dip. Typically a German wheat beer or a dark German lager are added as they are on the sweet side.

I personally do not like using a Weissbier (please do not let my reservations influence you too much) because of the pronounced banana esters, even though the clove is very complementary. I prefer a Dunkel lager, but the drier, breadier and nuttier Franconian variety.

The Munich variety is often too chocolaty and doesn’t work for me. So I chose our most favorite Dunkel brewed in the US (the same one we used to make Beer Falafel from scratch), brewed in the Franconian style by Prost Brewing Co. in Denver, Co. A Schwarzbier will be perfect as well. 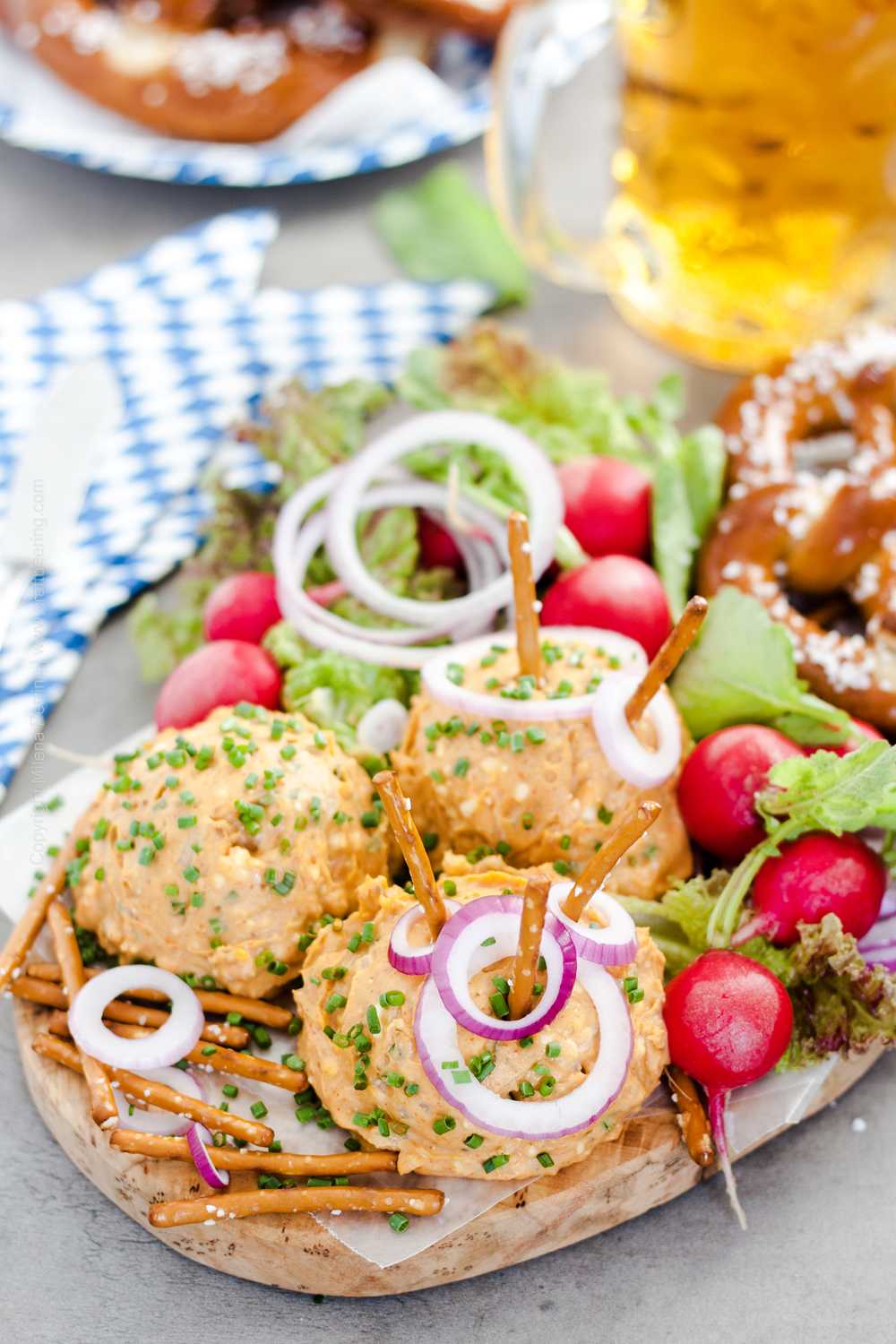 The singular most popular item Obatzda is served with is the pretzel. Soft Bavarian pretzels (I baked the ones in the pictures and video using this exact recipe but shaping them differently) or hard pretzels are equally popular.

By now you should be well equipped with knowledge to prepare the perfect Obatzda dip. Prost friends!