Learn how to mix a snakebite drink with beer – we discuss all of its popular variations. 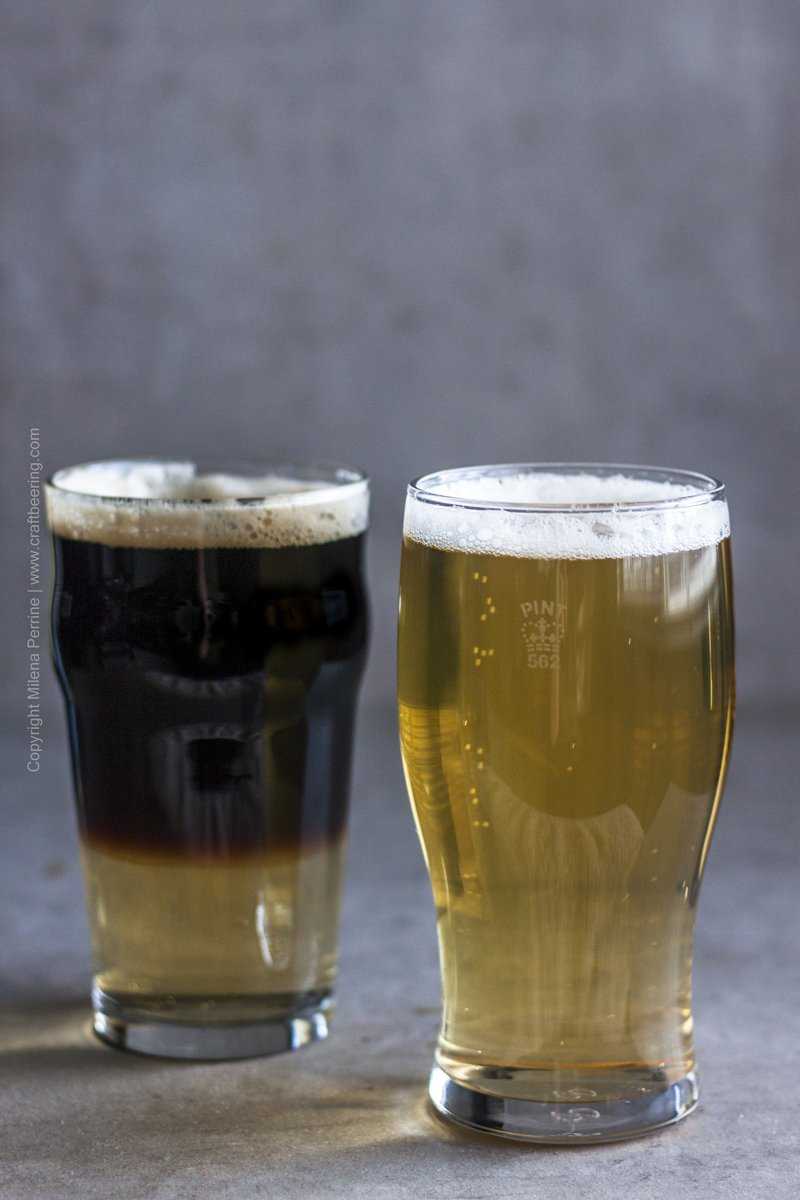 What is a Snakebite Drink?

A snake bite beer is a mixed drink which combines equal parts hard apple cider and beer. It is served in a pint glass and without ice – in the spirit of other popular beer cocktails.

The libation is original to the United Kingdom where it became popular in pubs in the 1980s and is still enjoyed today, mostly favored by younger patrons. No one seems to know exactly how it got its name, but bar stories abound.

There are several variations and some of them are also known by alternative names – we look at how to mix them below.

NOTE: The snakebite drink is not to be confused with the snake bite shot. A shot snake bite starts with the warmth of whiskey, brightens it with the acidity of citrus and incorporates the spicy kick of hot sauce.

Lager is the popular addition to cider in the UK, while in the US dry Irish stout such as Guinness is most common.

Essentially a mixture of a fermented fruit drink and a hops bittered fermented grain drink a snake bite drink is quite light and easy to imbibe.

Depending on your tolerance for sweetness you might say that it tastes balanced, sweet or even overly sweet. The apple essence punch of the hard cider is of course diluted.

With the lager version the added carbonation makes the mixed drink taste very bright and refreshing.

The Guinness version is richer and the bitter notes of the roasted barley create a much more elegant flavor profile than cider can attain on its own.

How to Mix Snakebite with Lager

Hard apple cider with lager is the classic drink. 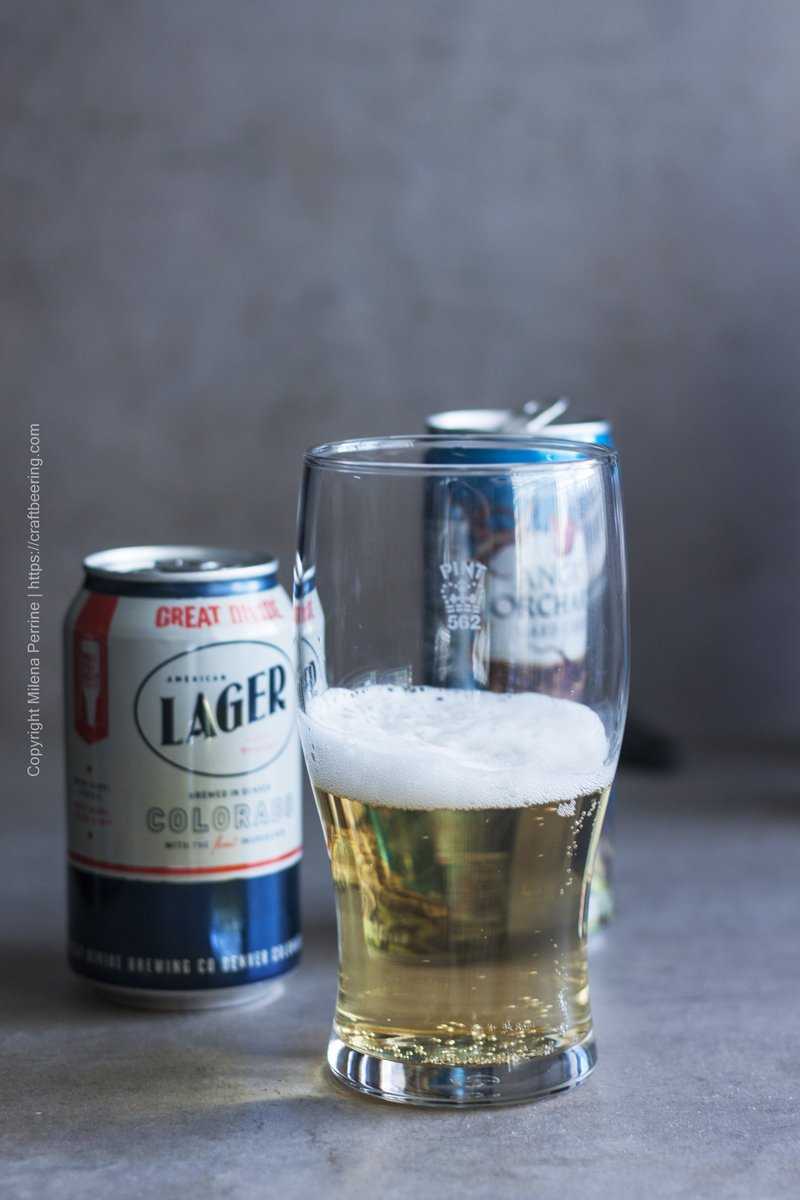 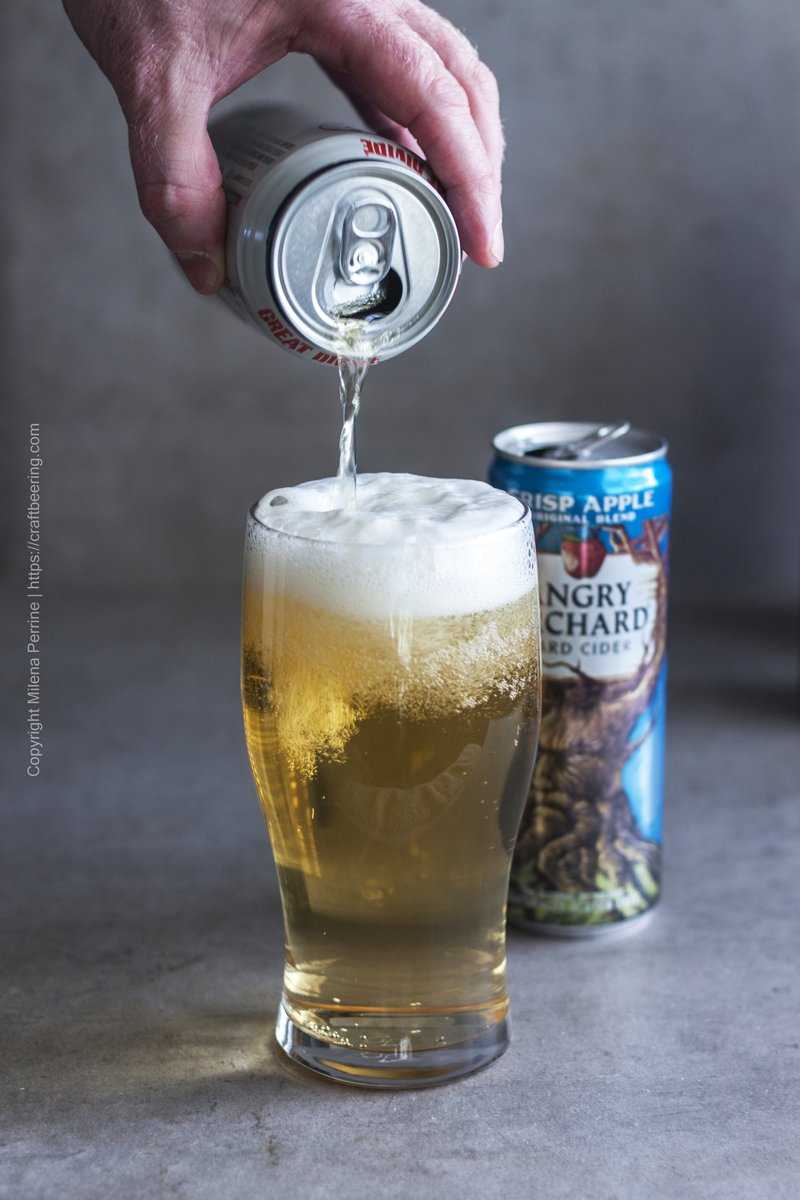 When a dash or two of blackcurrant cordial is added to the cider and lager version of snakebite the resulting drink is known as snakebite and black in the UK.

Alternative names for the cocktail are diesel (not to be confused with the German beer cocktail by the same name combining coke and lager) and a purple nasty.

As a side note to that last name – many say that because the libation becomes so sweet when the fruit syrup is added the hangovers associated with it are quite unpleasant.

How to Mix Snake Bite with Guinness

The cider and Irish stout version of the beer cocktail is popular mostly in the US and is very similar to black velvet cocktail or black and tan beer in that Guinness is layered on top of the hard cider to float in contrast to its lighter color.

To mix this variation of the cocktail: 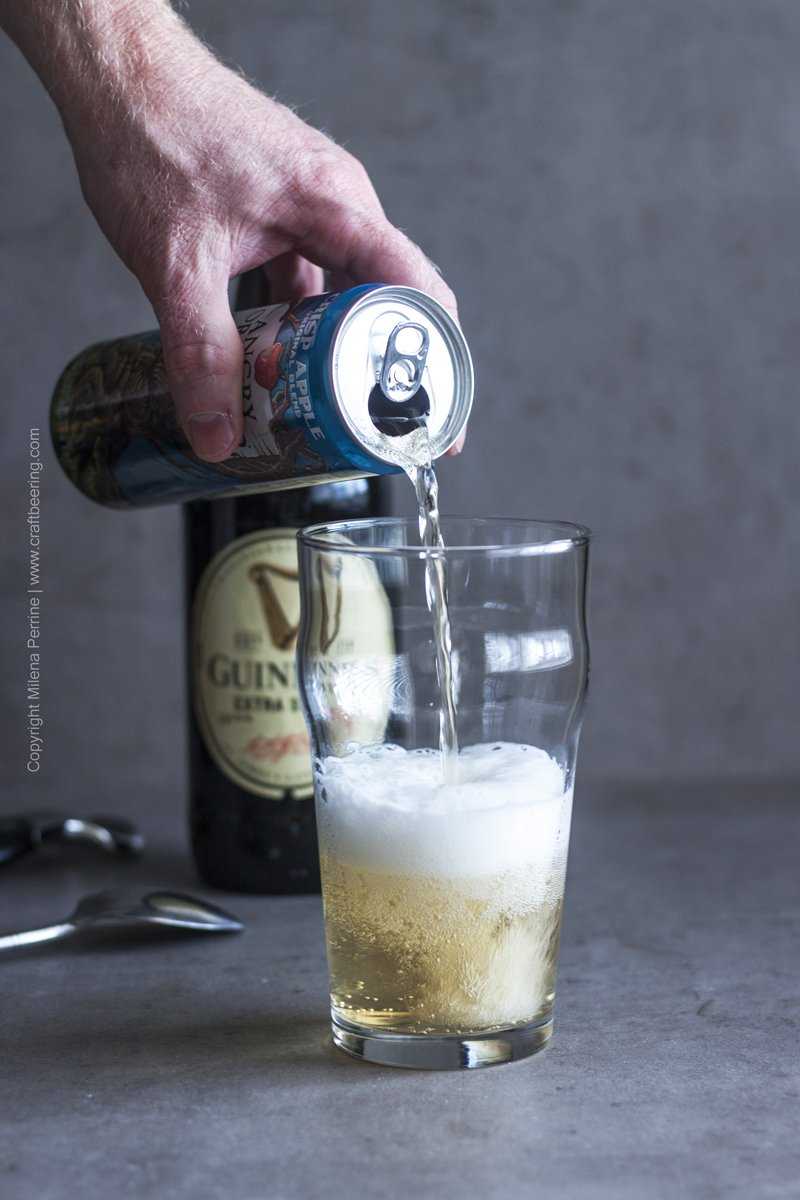 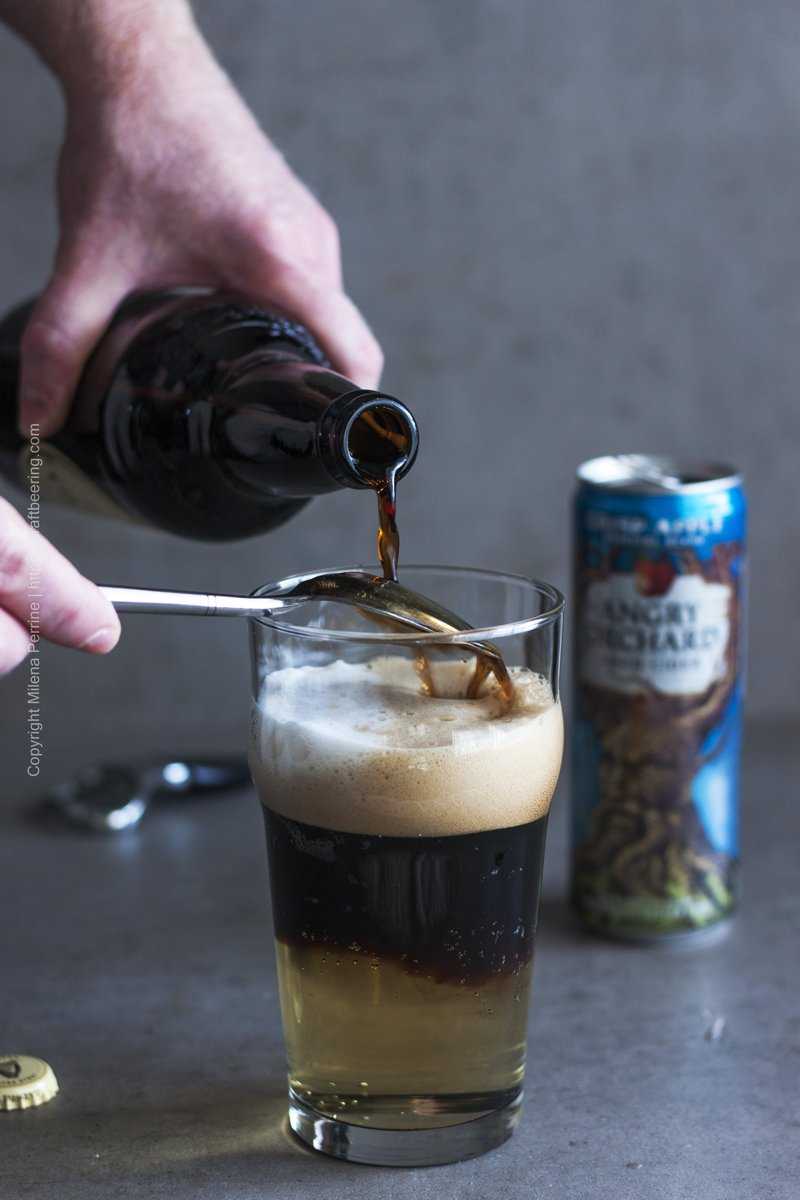 Alternatively, you can use a layering tool or the special Guinness black and tan spoon.

NOTE: The reason the Guinness floats on top of the cider is its lower density.

Irish stouts are typically much lighter than cider as their alcoholic content is lower – i.e. they have lower specific gravity.

Cider contains more sugars which make it denser. In essence it supports the lighter stout. 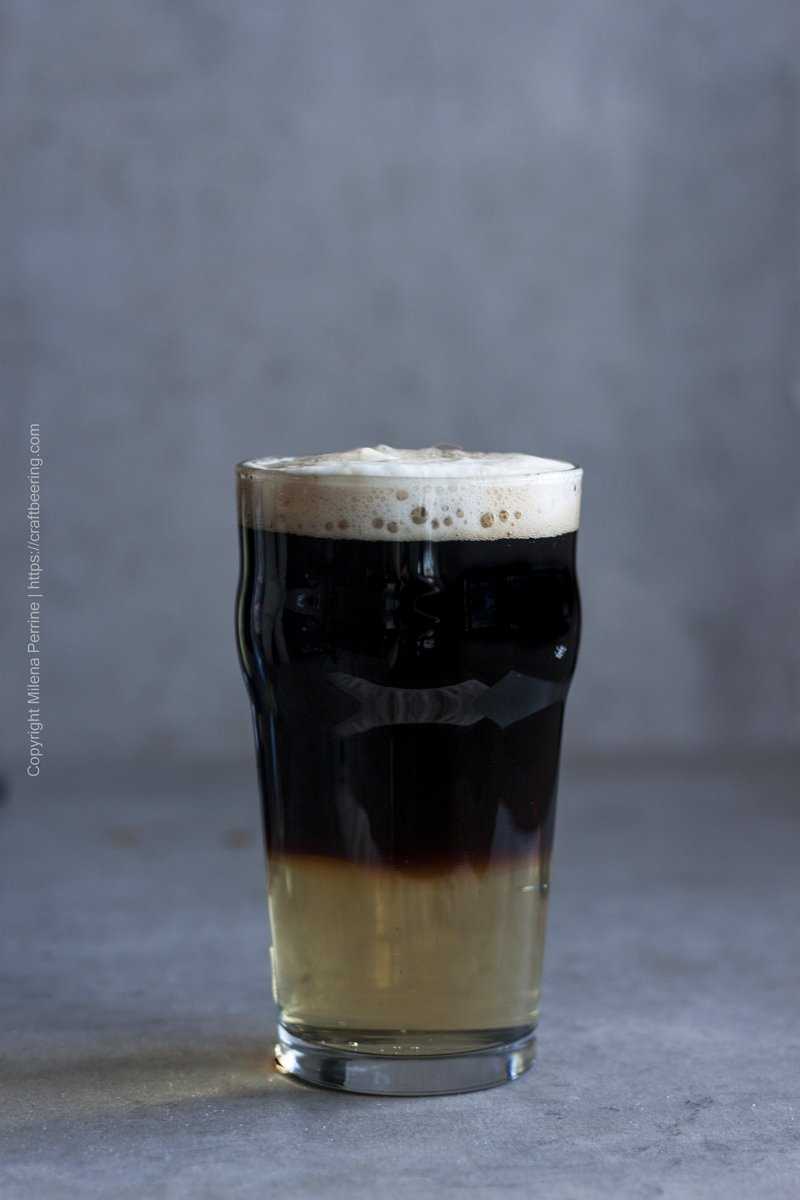 OPTIONAL: To make Snakebite & Black add a dash of blackcurrant cordial to the above.