How to mix a traditional Coquito, how to serve it and how to add even more flavor to it with porter ale.

A Coquito is a thick, sweet, coconut flavored rum punch traditionally enjoyed on Christmas Eve in Puerto Rico. Over the years it has become popular to drink all throughout December, even into Three Kings’ Day. This time span is also known as Coquito season.

The name translates to little coconut from Spanish. An authentic Coquito drink is shamelessly sweet, overwhelmingly so – you may even call it a boozy liquid dessert.

There isn’t a single best way to prepare it – recipes differ from family to family, but overall they all include the following:

NOTE: While some Americanized recipes influenced by the notion of eggnog call for an egg (Coquito con Huevo) this is not traditional. Flavored coquitos such as almond, Nutella and pistachio are also popular variations. 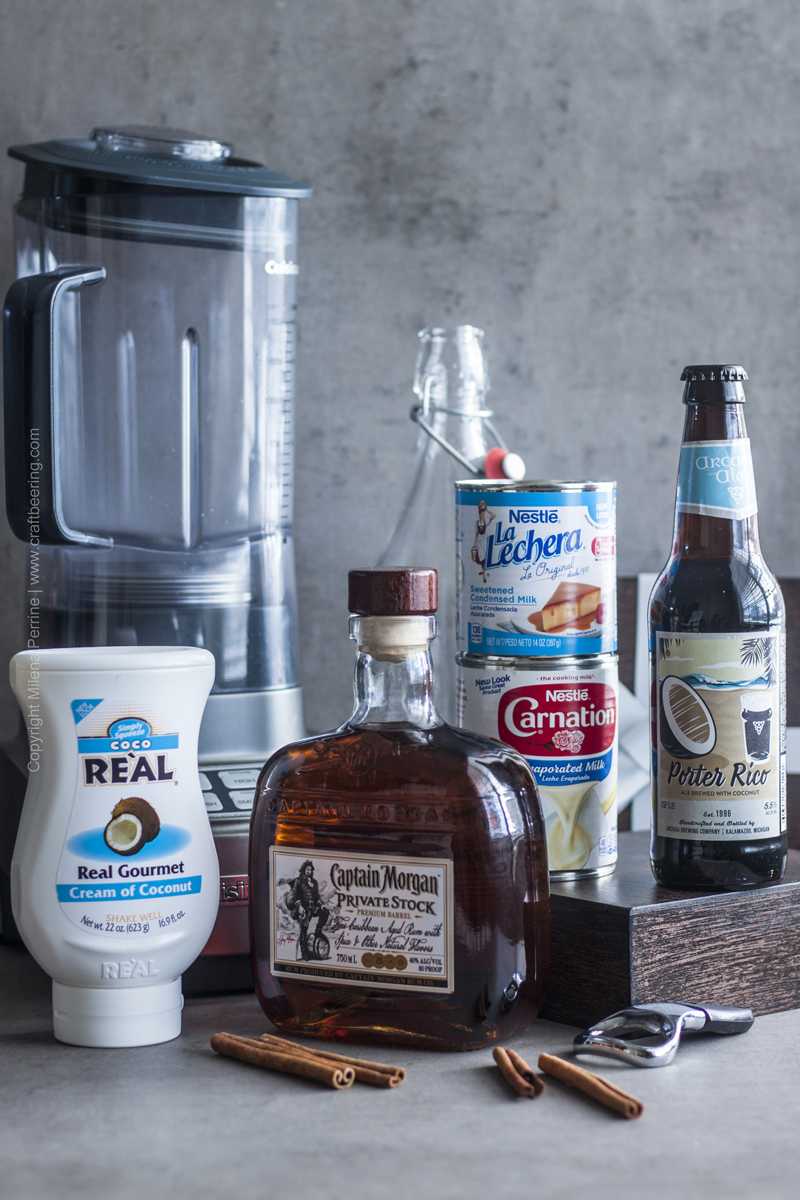 Traditional ingredients for Coquito: rum, cream of coconut, evaporated milk, condensed milk, cinnamon. Plus a coconut porter ale that fits right in as a fun twist.

Best Rum to Use

As any Puerto Rican will tell you – the best rum for Coquito is from Puerto Rico, regardless of light or dark. There are families that make their Coquito with Don Q brand only, while others favor Bacardi. Yet others use brandy. And so on.

If you want to stay true to the authentic origins of the drink, choose Bacardi rum, Don Q, Palo Viejo, Ron del Barrilito or Llave.

In truth… there is so much sugar and so much coconut flavor going on that the actual taste and mouthfeel of the rum are obliterated. The fact that light and dark rum are considered interchangeable is a significant clue as to the fact that the flavor of the rum itself is not a driver.

We use whatever rum we happen to have in our home bar and especially like the dark spiced varieties. For this post we used a barrel aged Captain Morgan.

How to Make Coquito with Rum and Porter

The workflow is as simple as blending all the ingredients then adding cinnamon sticks to the mixture to further flavor it.

You can use a whisk to mix by hand or a blender.

How to Store Coquito – does it need to be refrigerated?

Typically the freshly prepared mixture is transferred to and stored in glass swing top bottles. The cinnamon sticks remain in it to lend it flavor over time.

Given that the drink is centered around high alcohol and sugar, both excellent preservatives, refrigeration is not required. Regardless, we place ours in the fridge and recommend that you do the same. 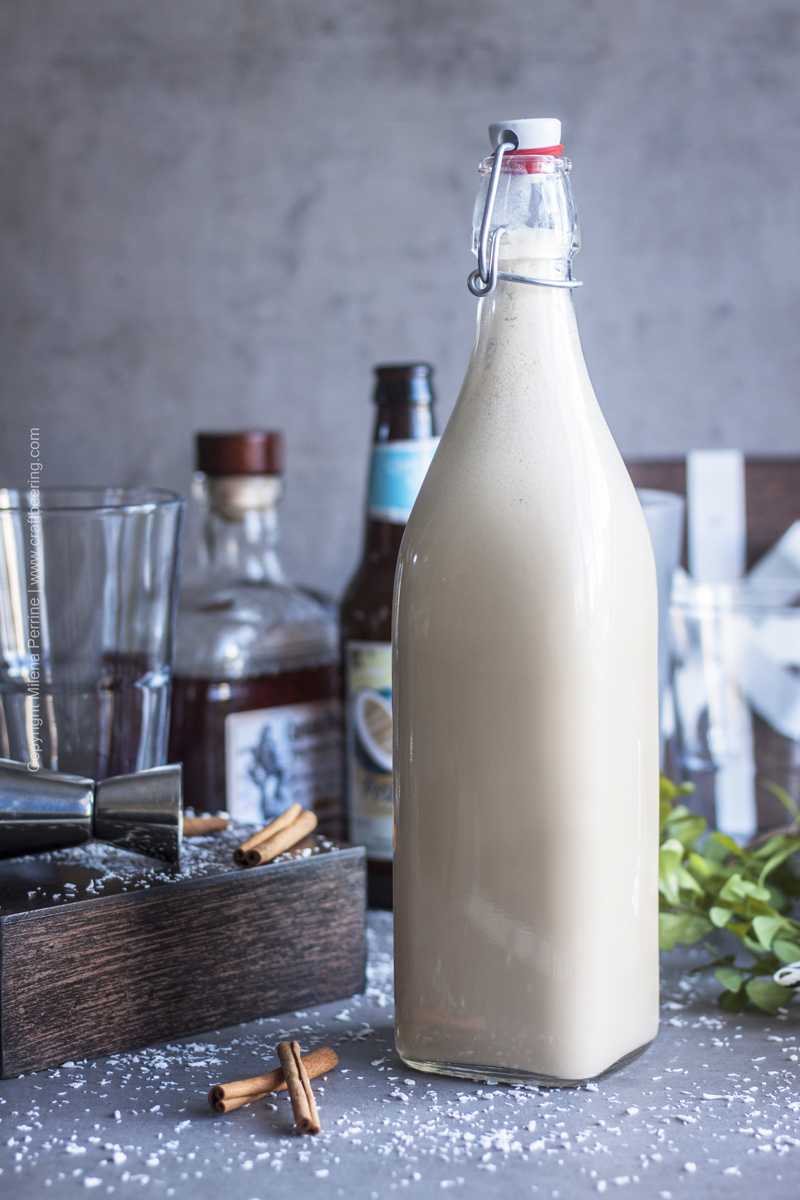 A bottle of Coquito makes an excellent hostess gift.

How Long Does Coquito Last in the Fridge

Between refrigeration and the potent preservative properties of alcohol and sugar the tasty drink can last for months – much longer than you will need to drink it.

How to Serve Coquito

Typically it’s served chilled, without ice and very often with the addition of more rum. 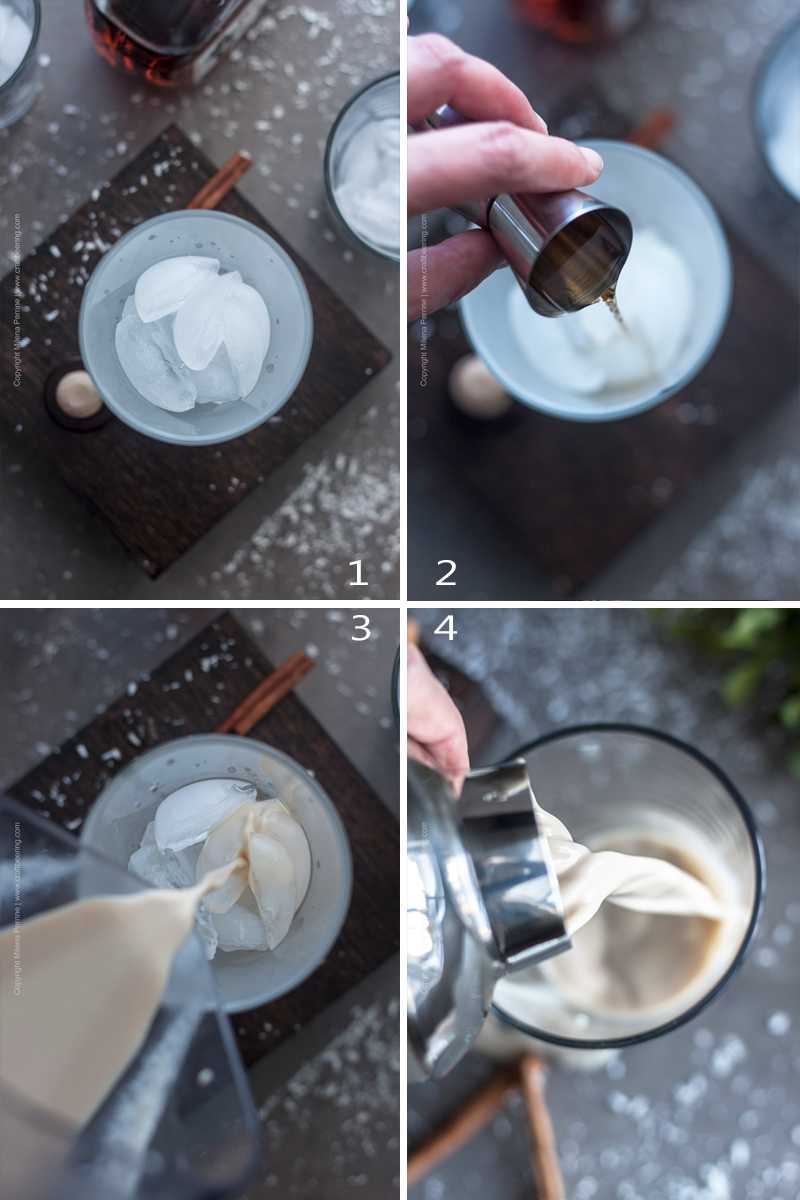 TIP: You can use finely shredded coconut to rim the glasses for an extra fancy touch. Pour a bit of Coquito mixture onto a small plate and a bit of coconut shavings onto another, then dip the rims of the glasses into each.

Drink responsibly cannot be overemphasized in the case of this cocktail. Especially if you added that extra shot of rum to yours or are enjoying it in a larger glass. Not to mention if you are at high altitude or counting calories. 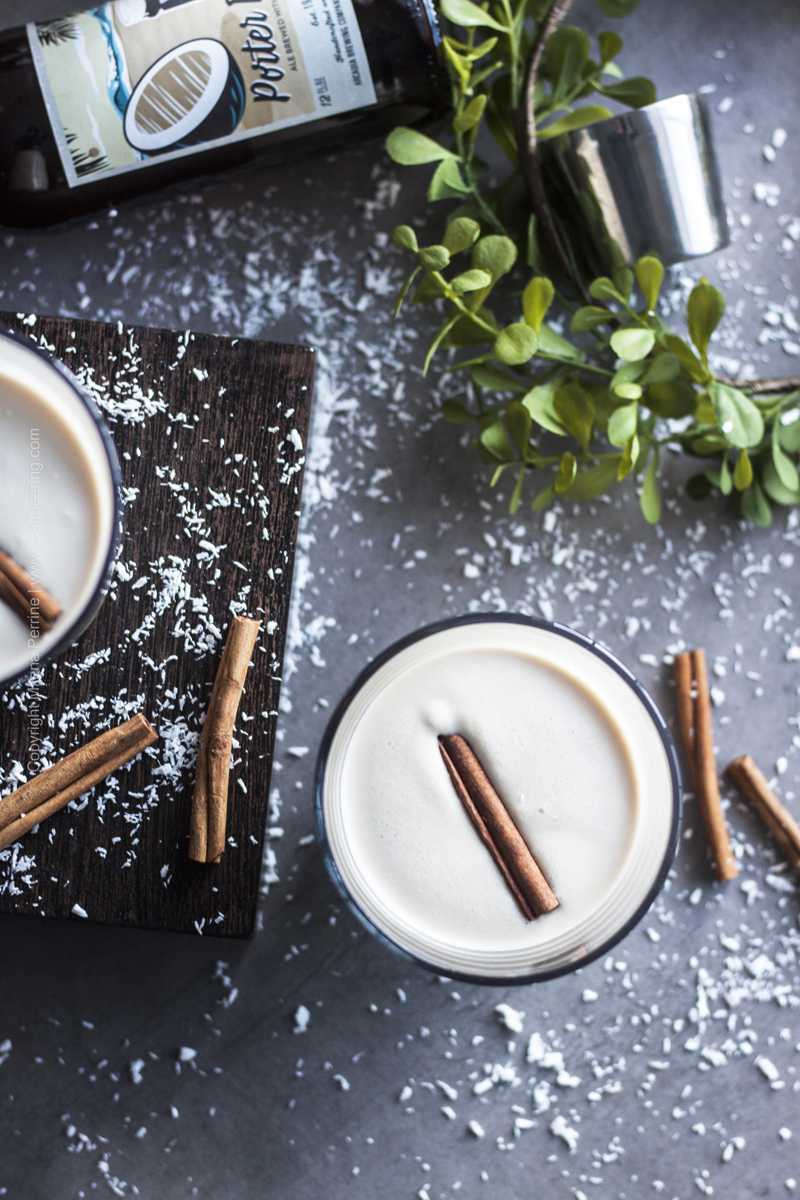 Combine all the liquid ingredients plus any spices into a large bowl or a blender. Whisk or process to blend well. Add 1-2 cinnamon sticks to the mixture and chill in the fridge.

Pour chilled Coquito into glass and garnish with cinnamon stick or pinch of cinnamon.**

TO SERVE WITH EXTRA RUM

Fill a cocktail shaker with ice, add a bit of rum (to taste), add Coquito mixture, shake and strain into a glass. Serve garnished with cinnamon stick.

**Coquito is served chilled, no ice in the glass.