How to make goulash – South German style. Psst – a malty German dark lager with caramel notes elevates the flavor base. 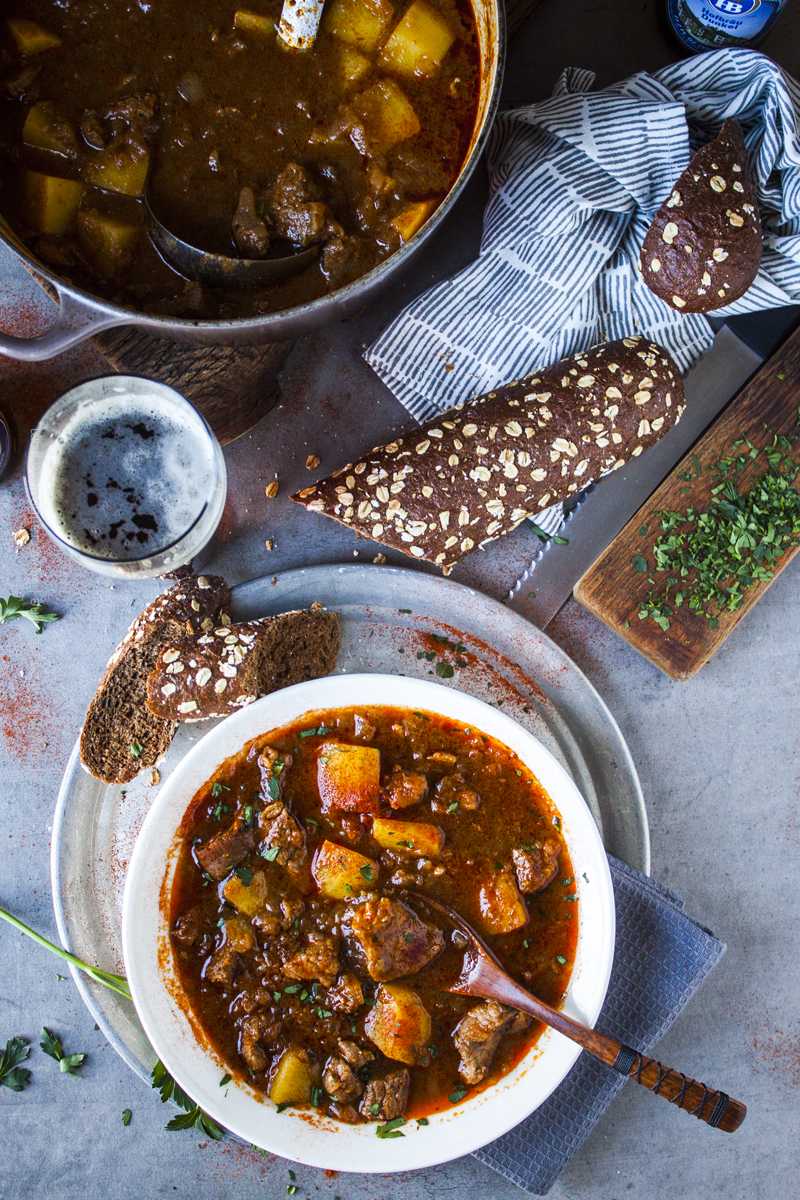 Goulash is a hearty beef stew with lots of paprika. Deriving from the original Hungarian dish and adding on to centuries of shared Central European culinary history it has hundreds of variations and is popular in both stew and soup versions.

We are particularly fond of the way the Bavarians prepare it – this is a classic recipe using beef stew meat from the land of Oktoberfest where beef goulash aka Rindergulasch is a staple on beer hall and beer garden menus.

Since the introduction of peppers to the Old World paprika has been the principal seasoning for goulash, no matter the country. From the North of Germany to the South of Croatia it is a signature ingredient of the dish.

German goulash recipes however also benefit from the addition of flavorful German lagers, especially in the South part of the country. In Bavaria where beer is a highly esteemed recipe ingredient dark styles add lovely malty depth and roasty notes to goulash.

Another characteristic is that German goulash tends to have a thicker consistency unless it is intentionally prepared as a gulaschsuppe. 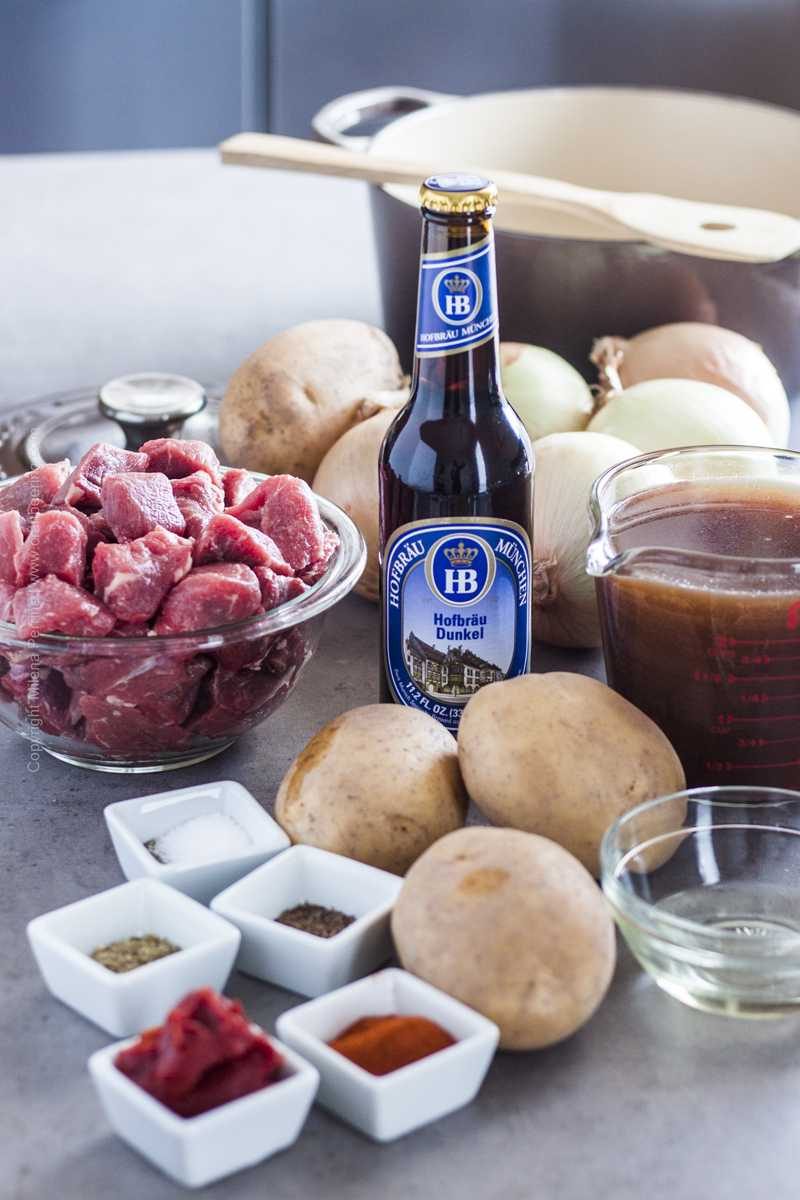 Using a low bitterness, roasty Munich style dunkel lager in the braising liquid elevates the flavor base of German goulash.

Use a braiser, a Dutch oven or a good heavy pot with a lid.

The beef pieces are typically not seared, but rather added to the sauted onions and cooked until the juices run clear. If you feel strongly about it you could however follow the typical procedure of seasoning the beef with salt and pepper, searing it and then sauteing the onion and proceeding with the recipe. We find that there is no perceptible difference taste wise. 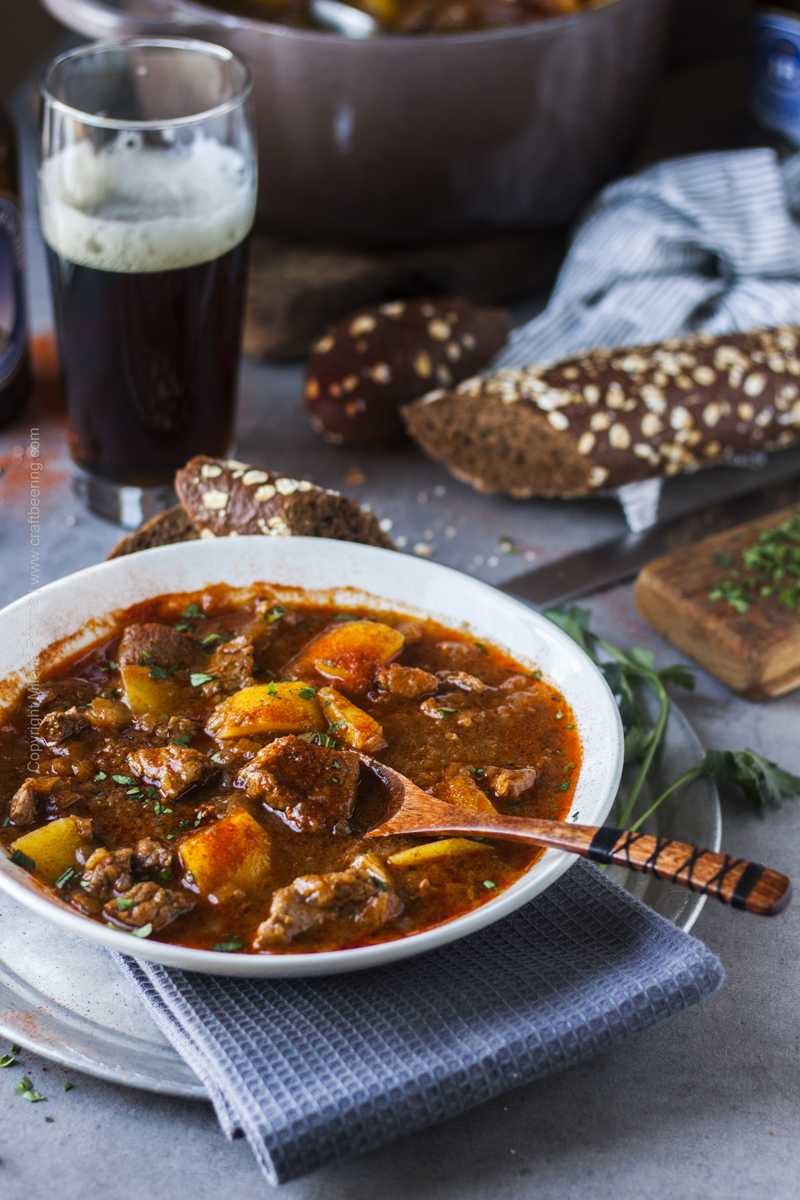 *If you like paprika feel free to double the amount.

***You may also throw in one bell pepper and a cup of carrots, cut uniformly into smallish pieces.