Brining versus marinating – which does what, how to use each method and when to use both. 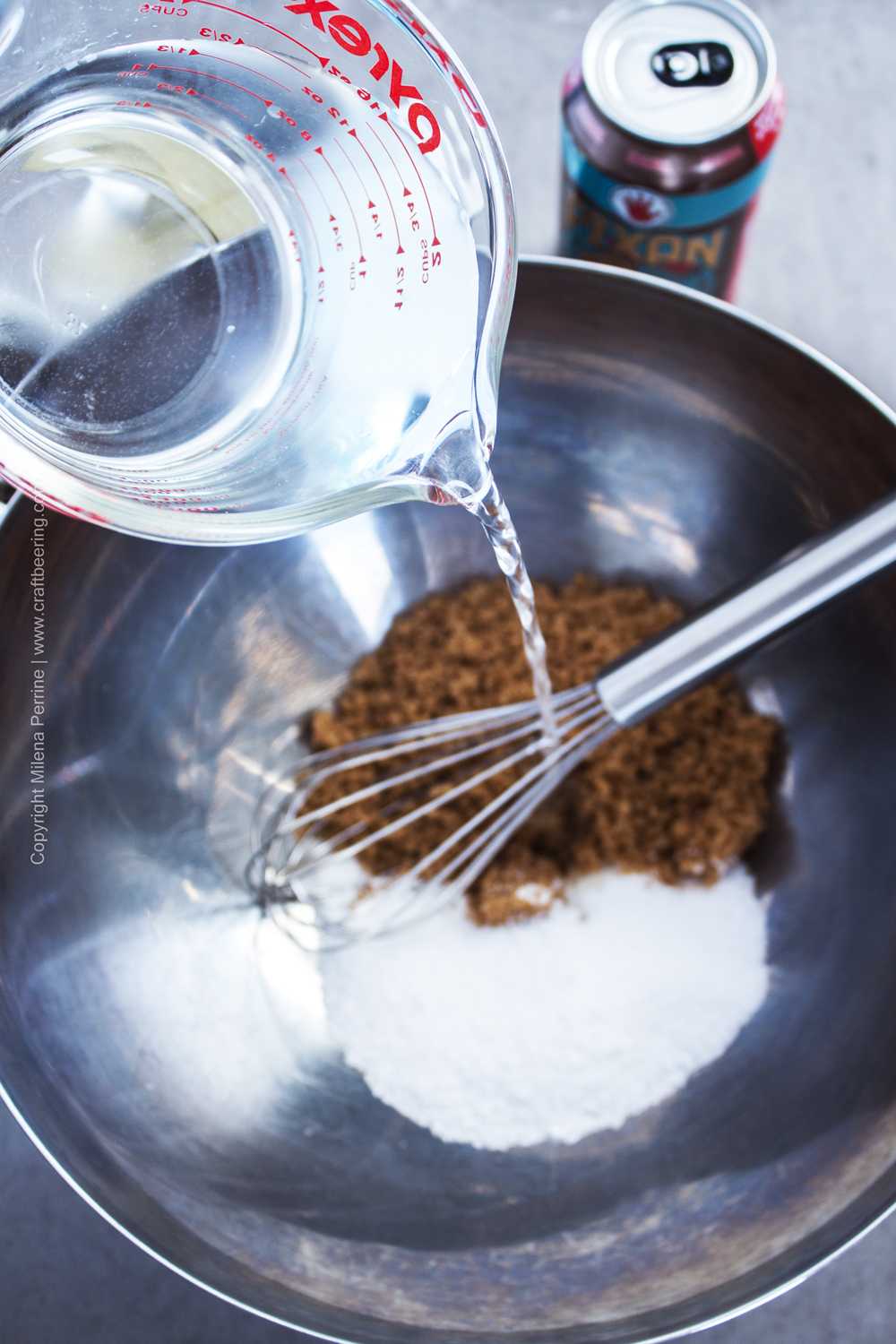 A brine and a marinade do two different things – the brine gives moisture while the marinade flavors.

Brines are perfect for lean cuts of meat such as poultry breasts.Marinades are better suited for proteins with good fat content for example marbled pork neck chops.

If you find yourself asking to brine or not to brine, usually the answer is that you should. Our resident executive chef likes to say that most pork and all chicken and turkey cuts benefit from brining, not just the leanest cuts – so if you have the time you should consider doing it. On the other hand only a few beef cuts, the toughest ones, should be treated with a brine because much of the natural juiciness and flavor of the beef can leach into the brine and be lost to the meat.

To brine means to soak a food in a saline solution to improve its texture and moisture content and to ultimately help it stay juicier during cooking.

A classic brine is a saturated solution of salt, sugar and water. Originally sea water was used to brine with the intent to preserve the food. The kind of brining we are concerned with here is a relatively modern technique and almost always includes sugar (and other ingredients) which add flavor to the food.

How a brine works:

Brining is a passive transport process at the molecular level. Through diffusion the water and the dissolved salt and sugar make their way into the food, flavoring it, increasing its water content and altering its protein structure.

Meat has tightly wound proteins strands. The salt from the brine causes them to unwind which traps and retains water molecules. Ultimately during dry heat cooking methods there is a smaller loss of moisture and the food remains juicier.

TIP: An easy way to verify that your meat has absorbed additional moisture from the brine is to weigh it prior to and after brining. The increased weight post soaking in a brine confirms the uptake of water. 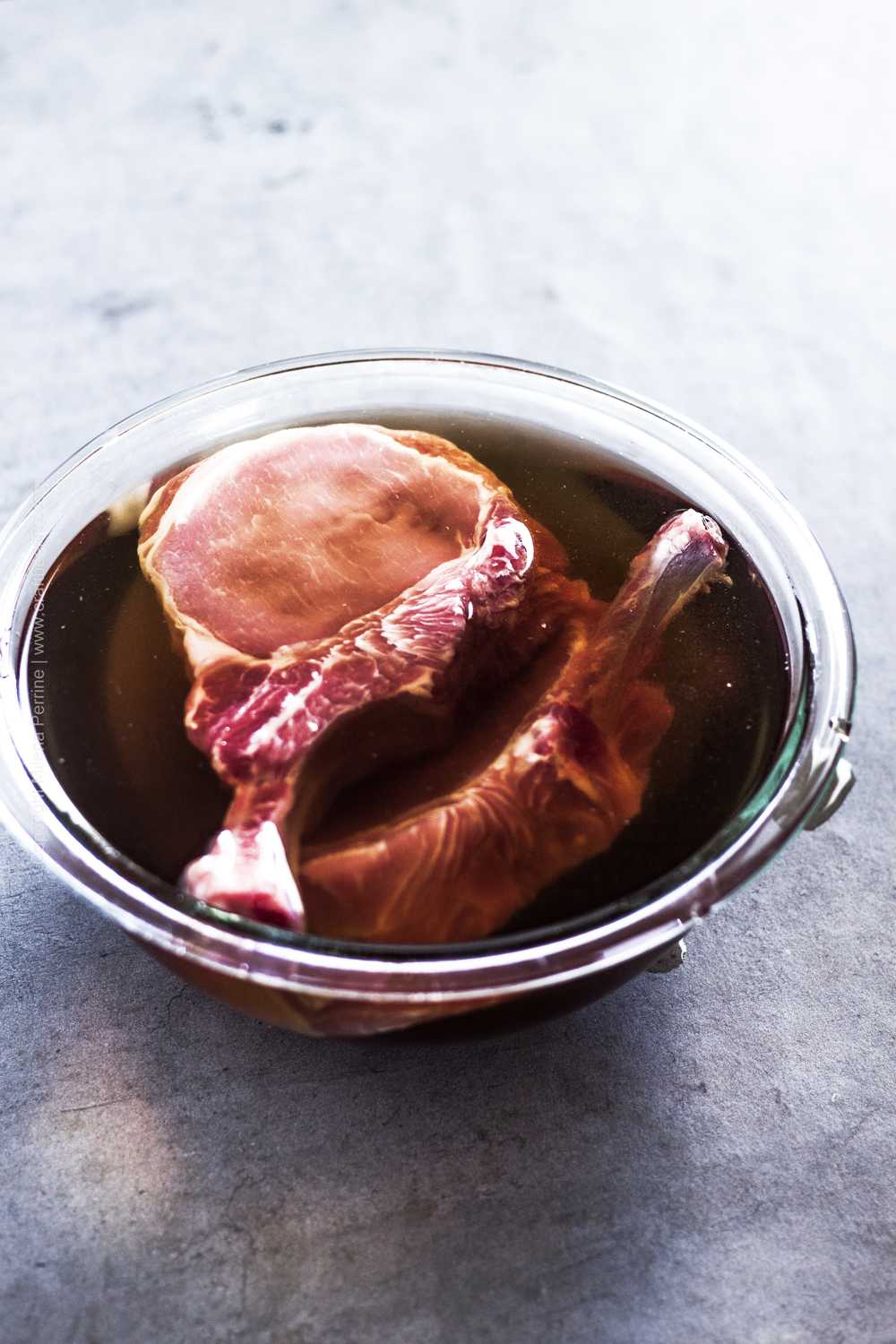 Basic Brine Recipe + How to Brine

Typically, at work Chris makes it by the gallon(s), but for cooking at home we make a smaller amount which comfortably accommodates a whole chicken, two pork tenderloins, a few pork chops,  etc. Feel free to scale it down even further if you’re only brining a pound of shrimp or two halibut fillets.  We use 1/4 cup kosher salt, 1/2 cup brown sugar and 1 quart of water (pics above and below).

For larger pieces of food such as a whole turkey, whole fresh ham, whole pork loin you can make a stronger version of the brine, using more salt (ratio 1 1/2 parts kosher salt : 2 parts sugar : 16 parts water. Be mindful of the time your food will spend in this stronger saline solution to avoid disappointments (see time guidelines listed below).

NOTE: Use only kosher salt as it dissolves much faster. There is a difference between the two main brands, Morton and Diamond. Morton is dense and therefore a bit less of it is needed to achieve the same salinity. Increase the quantities above by 1/3 if using the Diamond brand. 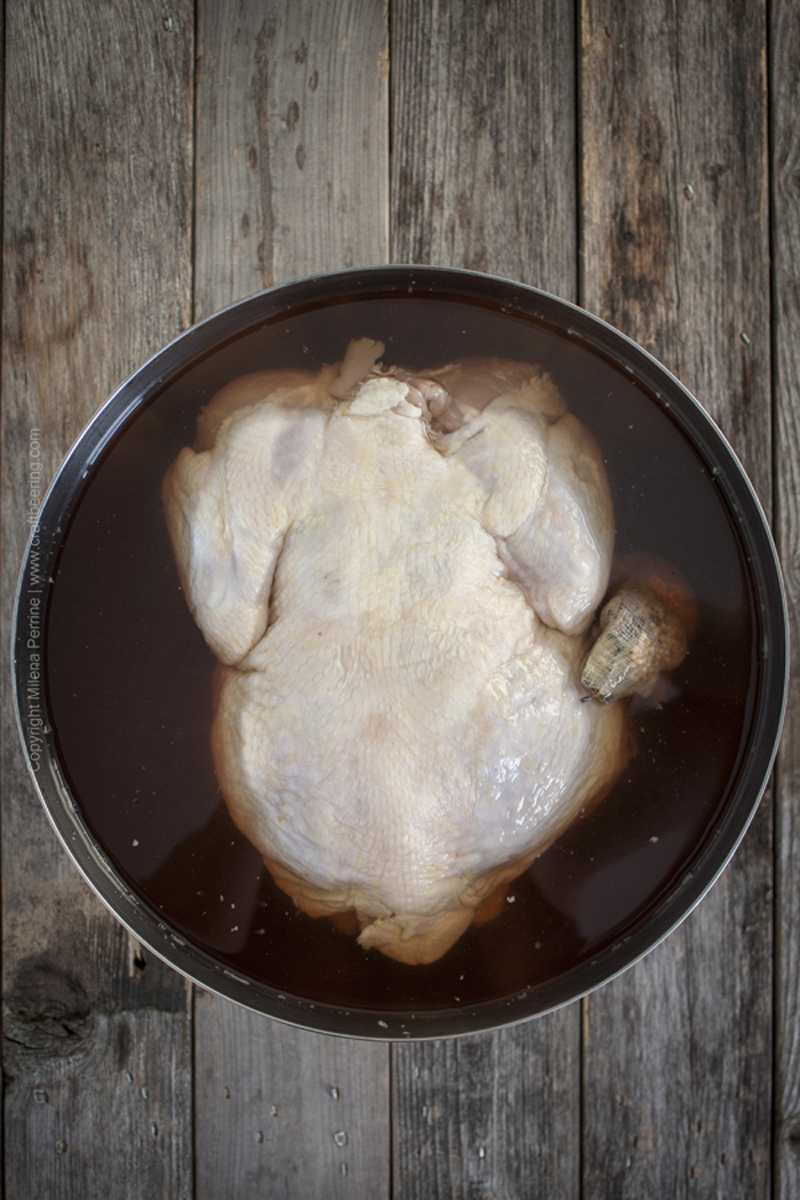 The following are important tips on how to brine:

For using the flavors of craft beer in brines – consider our Basic Beer Brine Recipe (with Variations and Beer Style Recommendations).

Marinating is to soak a food in a flavorful mixture of ingredients in order to impart desirable flavors to its surface.

Certain ingredients like enzymes found in fruit and yogurt can also tenderize the food to a certain extent if part of the marinade. This being said, its principal purpose is to flavor, not tenderize.

How a marinade works:

A marinade is first and foremost a mixture of an oil with an acidic ingredient, along with spices, herbs and various other flavoring agents. It doesn’t penetrate deep into the food, rather it infuses its surface with the flavor of its ingredients.

Basic Marinade Recipe + How to Marinate

Our basic marinade formula is 3 parts fat : 1 part acid : all other ingredients to taste

The parts acid can be increased when the acidic ingredient is not too strong – for example beer, wine, cider, mustard, Worcestershire, mild vinegars such as apple cider or rice vinegar. When very acidic ingredients are used such as citrus juice, plain yogurt, or strong vinegars it is best to observe the ratio given above (too much acid turns the surface of meat mushy because it denatures the proteins). 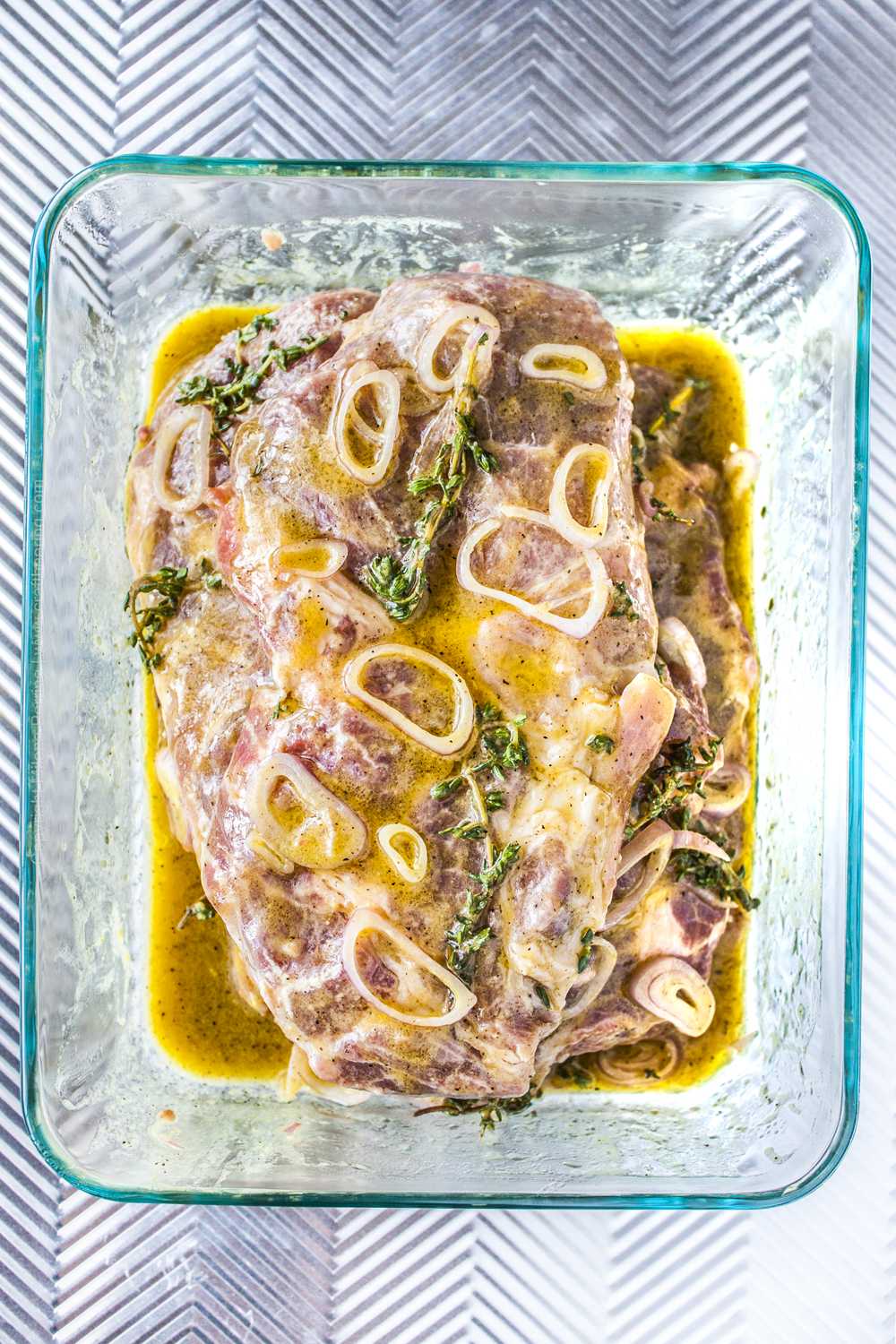 Can I Brine and Then Marinate?

Yes, you can! If you brine then marinate you can reap the benefits of each technique and cook juicy and flavorful proteins. Just be sure to not use salt in the marinade since the food will already absorb it from the brine.

For example if you are planning on grilling pork tenderloin first soak it in a basic brine. Because it is one of the leanest pork cuts grilling heat can leave it extremely dry – the brine will prevent this from happening. Then to flavor it mix a pork marinade, remove the tenderloin from the brine, and let it bathe in the marinade for a few hours before you cook it.

Bring 2 cups of water to a boil, add the salt and sugar and stir to dissolve. Add the solution to the cold water to temper the temperature and let it cool down completely before you soak the food. (To make a flavored brine, add flavoring agents such as spices, herbs, spirits like bourbon, etc).

TIP: Alternative method: pour 2 cups boiling water over the salt and sugar, whisk to dissolve and add the rest of the 2 cups of cold water (or 2 1/2 cups of ice cubes), diluting the brine.

Whisk together all the ingredients.

*If using Morton salt stick with the specified quantity. If using Diamond, increase by about 30 percent to get the same salinity.

NUTRITIONAL INFORMATION is not provided as the brines and marinades are not consumed.